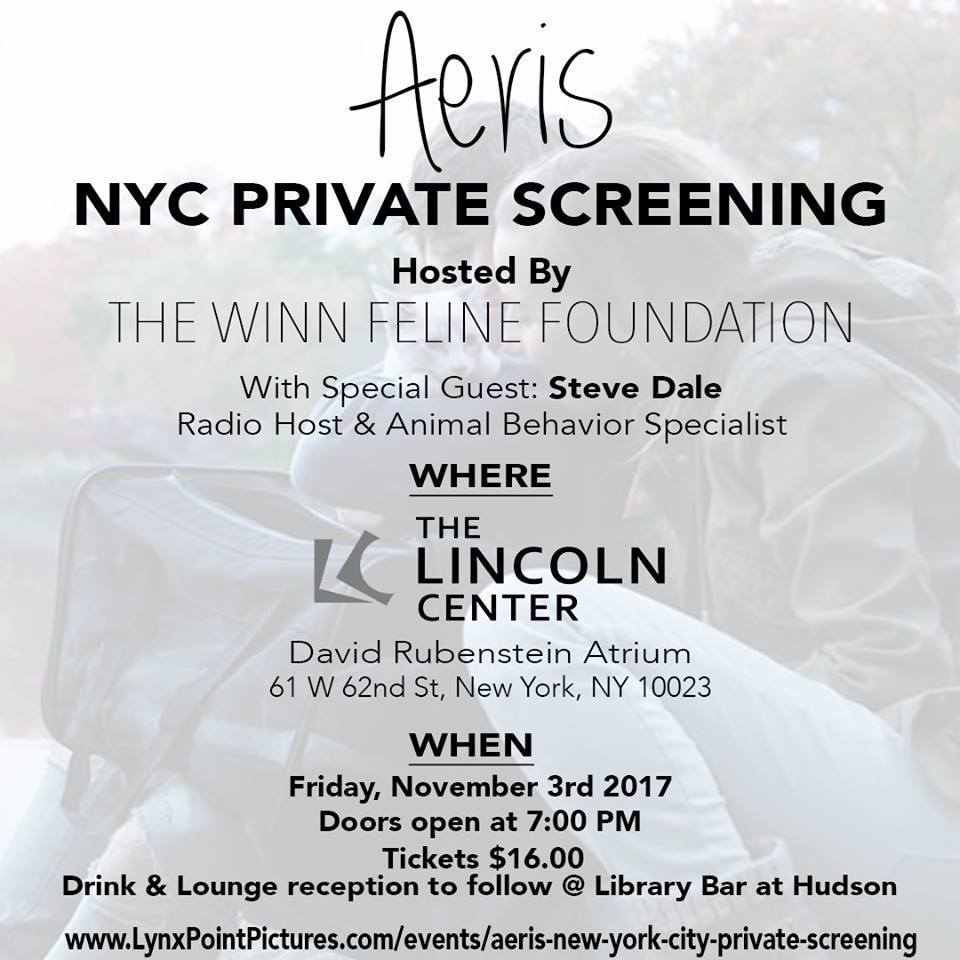 Feline Infectious Peritonitis (FIP), a surprisingly common disease in cats that mostly affects kittens has always been considered fatal. But now, for the first time, there is hope.

Diagnosing FIP can be a challenge, and, once receiving that diagnosis, it’s devastating. You learn your purchased or adopted little baby has an incurable disease you’ve never heard of, and there’s nothing you can do, except to make your kitty comfortable.

For Miller and Castro, a young couple, Aeris was their first pet together. They were on an emotional roller coaster that didn’t end well, as it never does with FIP. They did their best to care for Aeris until the end. However, that’s not been the end of their quest.

They made and starred in a short feature film to honor their kitten, and most of all to create awareness and raise money for the Winn Feline Foundation Bria Fund, which funds studies for FIP. 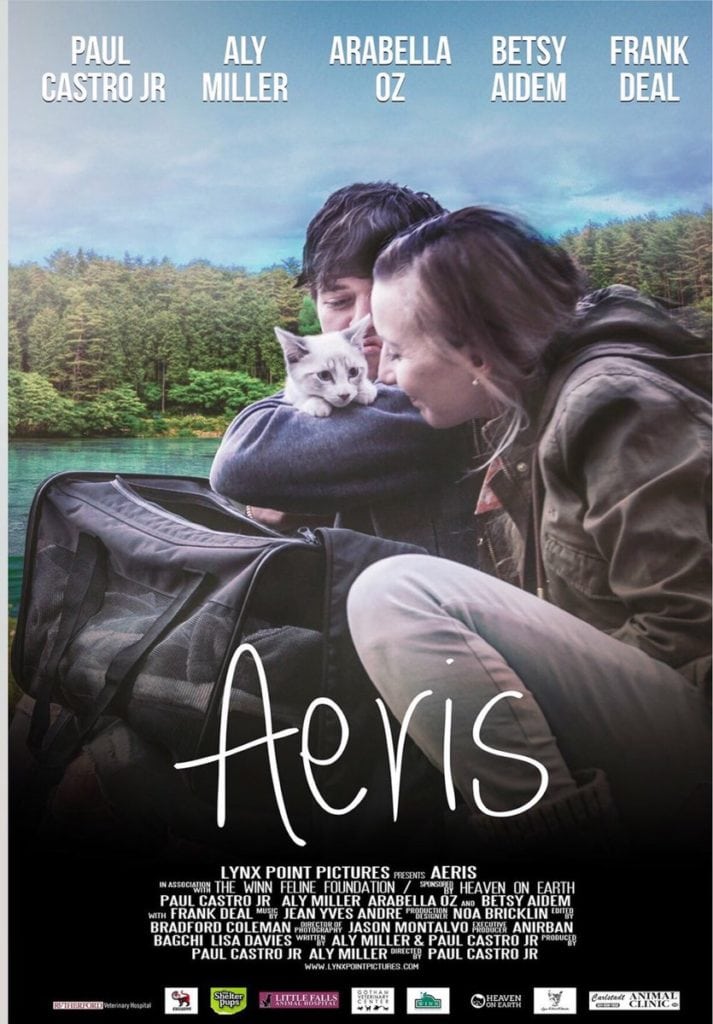 Imagine…a movie about FIP. And imagine that movie being shown at the famed Lincoln Center. 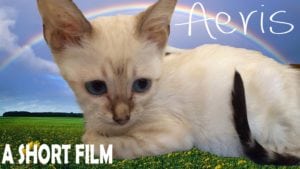 Their timing couldn’t be better. Dr. Niels Pedersen, who has been chasing solutions for FIP for decades, is professor emeritus at the University of California Davis School of Veterinary Medicine. It turns out that by using a classification of anti-viral medication, some kittens are now living with FIP, and apparently successfully going into remission.

Pedersen has had his fingers in studying all sorts of cat and dog health issues, including feline leukemia and the feline immunodeficiency virus (FIV), and is considered the “grandfather of cat health.” He says that FIP has been his one “elusive adversary”…until now. “I’m confident we’ve now opened the door at least a crack or more,” he says.

“We’re so close, around the corner from doing something that pessimists said would never happen,” says Bria Fund founder and Winn Feline Foundation Board Member Susan Gingrich. “Still, without financial support, this isn’t going to happen anytime soon, but I’m optimistic. I know we can do this.”

As a part of the program, filmmakers Miller and Castro will introduce the movie. Gingrich and myself will be there on November 3 to answer questions regarding current FIP research, where that is leading, and why we are indeed optimistic. 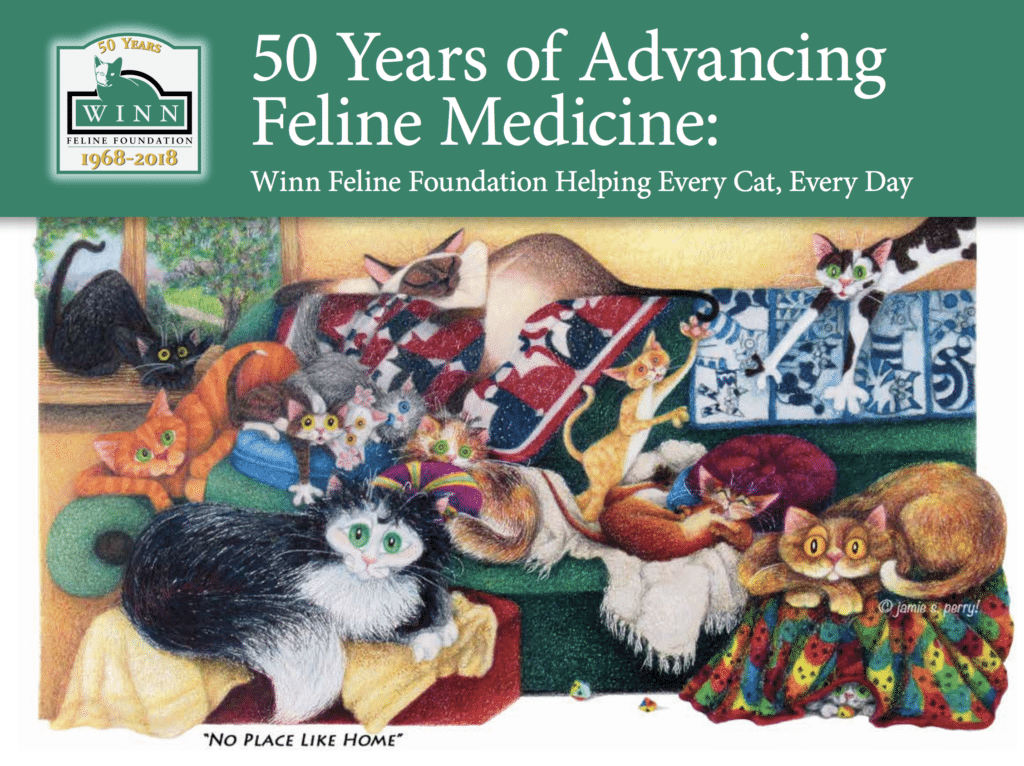 Everyone attending the Aeris screening will receive a Winn Feline Foundation commemorative 50th anniversary book. There will be raffle items available, including a Bria Fund gift basket.

Following the event, don’t miss the yowling after party at the Library Bar on Hudson (358 West 58th Street). We will celebrate those cats now surviving with FIP, and celebrate the spirits of those lives lost.

Aeris is excepted to be shown at various film festivals around the world (as FIP is of course not limited to kitties in the U.S.), and will next be seen at the Sofia Independent Film Festival in Bulgaria.