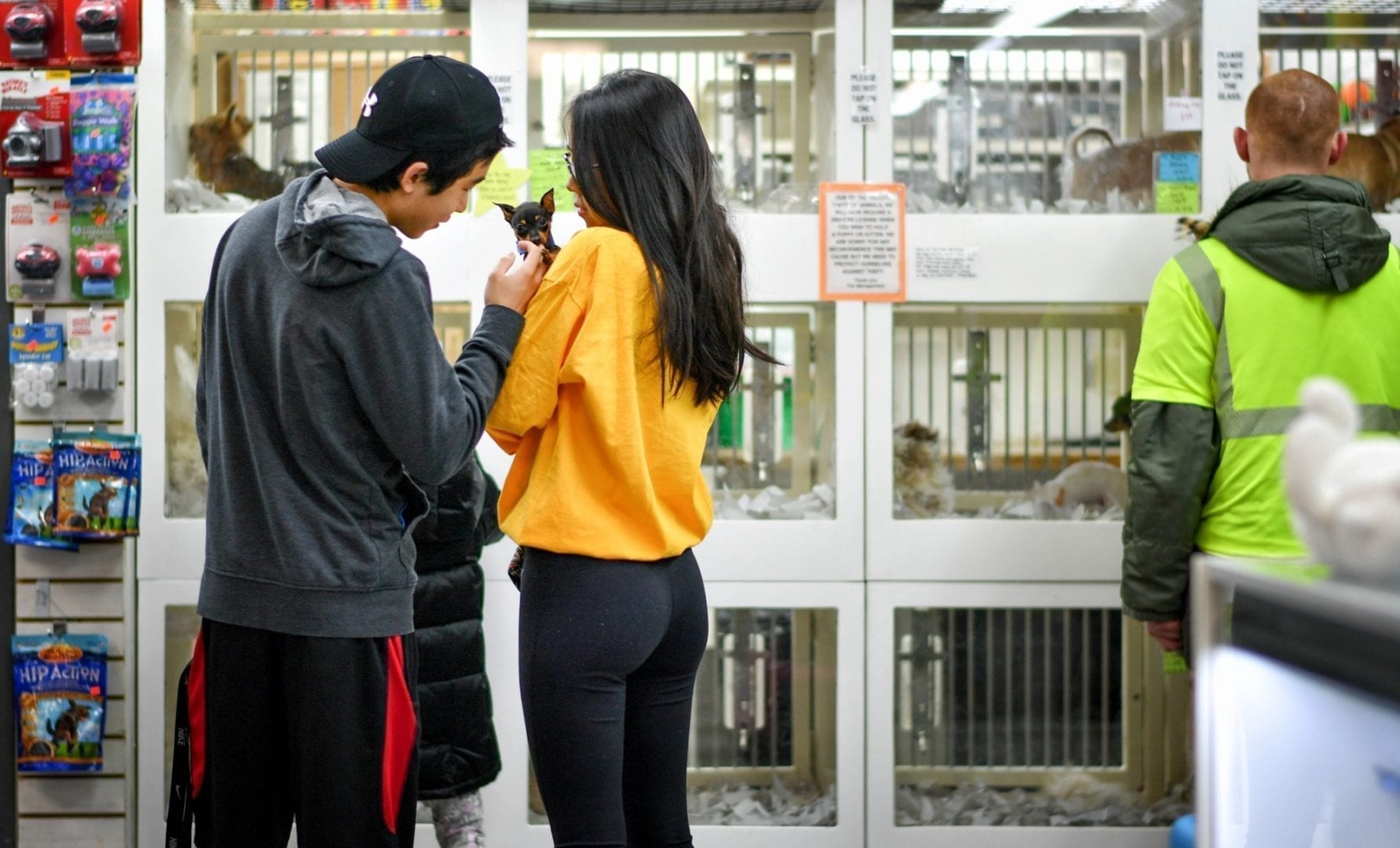 Naperville, IL is considering banning dogs/cats sold at pet stores, as  hundreds of cities have done in the U.S. and Canada. Naperville has tried this before without success, but a group of determined citizens persevere because of where dogs and cats sold at pet stores are sourced, commercial breeders and puppy mills.

I was on an airplane returning from the VMX veterinary conference as many testified January 21 at the Naperville Municipal Center, otherwise I would have testified (as I was asked to do so). 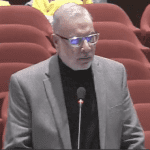 Among those testifying – and the supposed “superstar” testifier” was Edwin Sayres, former President of the American Society for the Prevention of Cruelty to Animals. Sayres, now retired from the ASPCA, is today Director of Animal Education for Petland, a national chain that sells lots of puppies.

Sayres flew into town to explain that there are a shortage of dogs, and he insisted that dogs purchased at pet stores are from regulated and licensed sources and encouraged the Naperville Council members NOT to ban sales of dogs and cats at pet stores.

What happened? Sayres in a 2013 story he authored while at the ASPCA said, “All pets, dog and cats alike, will enjoy toys and supplies purchased from puppy-free stores every bit as much as those purchased at stores selling puppies, so why not exercise your consumer power by only purchasing toys and other supplies at stores that do not support the puppy mill industry? Take the ASPCA’s pledge to refuse to shop at pet stores and on websites that sell puppies. That is one easy way that you can make a difference in the fight against puppy mills.”

In more than one interview with me, airing on my national Steve Dale’s Pet World radio show, he advised people who want dogs to visit shelters, rescues or responsible breeders – but “never” to purchase via a pet store. 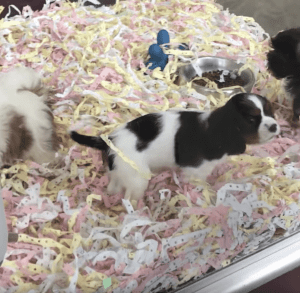 However, in testimony in Naperville, Sayres sang a very different song as he suggested that the demand for dogs exceeds the supply and supported sales at pet stores, even implying as a better choice than shelters.

Well, what’s true is that most shelters today have mostly mixed breed dogs, and many of those are pit bull-looking dogs and can be Chihuahua-type mixes (especially in California). And there aren’t as many sources for pure bred dogs, which he maintains half of all people seek. So, those sought after pure bred dogs can be found at pet stores.

However. Mr. Sayres didn’t mention that for ALL breeds, from Affenpinscher to Yorkshire Terriers, have pure bred rescues. And didn’t say that two (of many) reasons there are fewer responsible breeders of pure bred dogs is that supply/demand controls the market combined with the availability of those pet store dogs. And he failed to mention that often pet stores’ identification of the specific breed is likely not to be  an example of that breed truly is anyway (which is fraud).  There’s demonstrable proof that you can’t trust much of what pet stores tell you regarding their puppies (or kittens).

Sayres maintained that dogs from pet stores are from regulated sources. However, that’s also simply untrue.

It’s a complicated and mysterious entanglement to discern truly where the dogs and cats sold at pet stores are from. 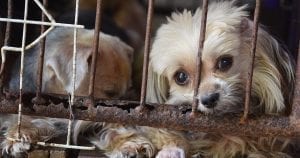 The truth is that there are second and third parties (brokers) involved all the time. So, really who knows where the trail f where puppies are from began? Investigative reporters and others who are determined to do so have tracked down the real sources, but it takes some doing. In an excellent Chicago Tribune story from 2018, the headline correctly identified the process as “puppy laundering.”

The truth is that sometimes facilities that sell to pet stores might (or may not) have passed state and/or Federal Department of Agriculture inspections. First, in most cases, it’s nearly impossible to know where the dogs are really from unless you work very hard to get past the second and third party brokers, as described.

And for pet stores offering real full disclosure – even then, under President Trump’s administration, even with the name of the facility where the dogs are reportedly bred, the USDA is no longer typically transparent to offer results of most inspections online.

Also, a word about the inspections themselves. There are many many examples of outright horrific puppy mills who have somehow passed inspections. Inspections aren’t frequent and sometimes only done when there are complaints, as both state and the U.S. Department of Agriculture are understaffed. 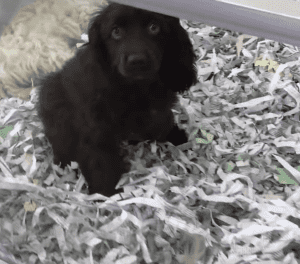 How Would Preventing Dog/Cat Sales at Pet Stores Ever Support Puppy Mills?

Mr. Sayres is correct that there is a growing black market online as puppy mills create websites which look good but are awful places to purchase a dog. However, this is an all together different issue, which I would be thrilled if Sayres and others would focus on, which is to limit Internet sales and also to educate the public about purchasing online. However, there’s zero evidence that preventing pet store sales of dogs and cats somehow emboldens puppy mills. Obviously, when dogs and cats can’t be sold at pet stores, at least it prevents puppy mills to use that option.

Others testified how they may lose jobs or one person spoke about how a pet store job is paying for her future school. Well, I don’t want to see any pet stores closed, and it’s very possible to operate a pet store and not sell dogs or cats. PetSmart, Petco and Pet Supplies Plus seem to do just fine, and they never sell (though they do adopt) dogs or cats. Also, Dog Patch Pet & Feed on Ogden Avenue in Naperville only a few years ago sold dogs and cats, now they adopt dogs and cats in need of homes. And they’re still in business, after many years in Naperville, and by all accounts doing just fine. I am glad a pet store is providing work for young people, but how expert are they at offering information about pets? A responsible breeder offers health information and a guaranteed contract, and will ask many questions of potential purchasers. Pet stores indeed will ask this question: “Will that be cash or charge?”