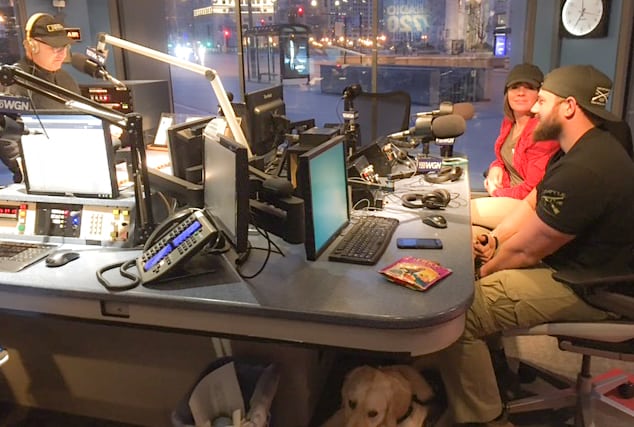 FACT: Having a service dogs  makes a difference for most, reducing their rate of suicide, reducing the rate of depression, reducing the dosage of pharmaceutical prescriptions needed and sometimes eliminating the need for any drugs, veterans that were out of work might find a job, and leader a more enriched quality of life.

With the government not supporting the training or pairing of veterans with service animals, various private organizations are depended upon, including 1Pet1Vet.

Listen HERE to my conversation on WGN Radio, Steve Dale’s Pet World, with Board chair Kristi McNichol and Purple Heart recipient U.S. Marine Chucky Ray, who was deployed three times, and who returned home with PTSD.

Chuck was recently paired with a 6-month old dog, named Jake. He’s had dogs before but describes the difference between having a typical pet and having a service dog.

Kristi says in within the 2 1/2 years 1Pet 1Vet has been around, around 60 dogs dogs have been paired with veterans.  She explains where these dogs, like Jake, come from and how they are trained. 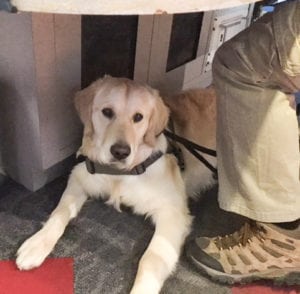 Kristi conceded she is sometimes overwhelmed by what a dog a can do – and offers an example of just that…..how one dog changed a life in a dramatic way, but she’s seen this over and over.

From the U.S Veteran’s Administration: (experts concur many wounded warriors with PTSD are undiagnosed).

Also, learn more about Grunt Style, makers of t-shirts which support and promote the military.

Here’s the review I refer to of  “A Dog’s Purpose” and explanation about why I did see this movie.