A Lot of Pet Stories to be Thankful For 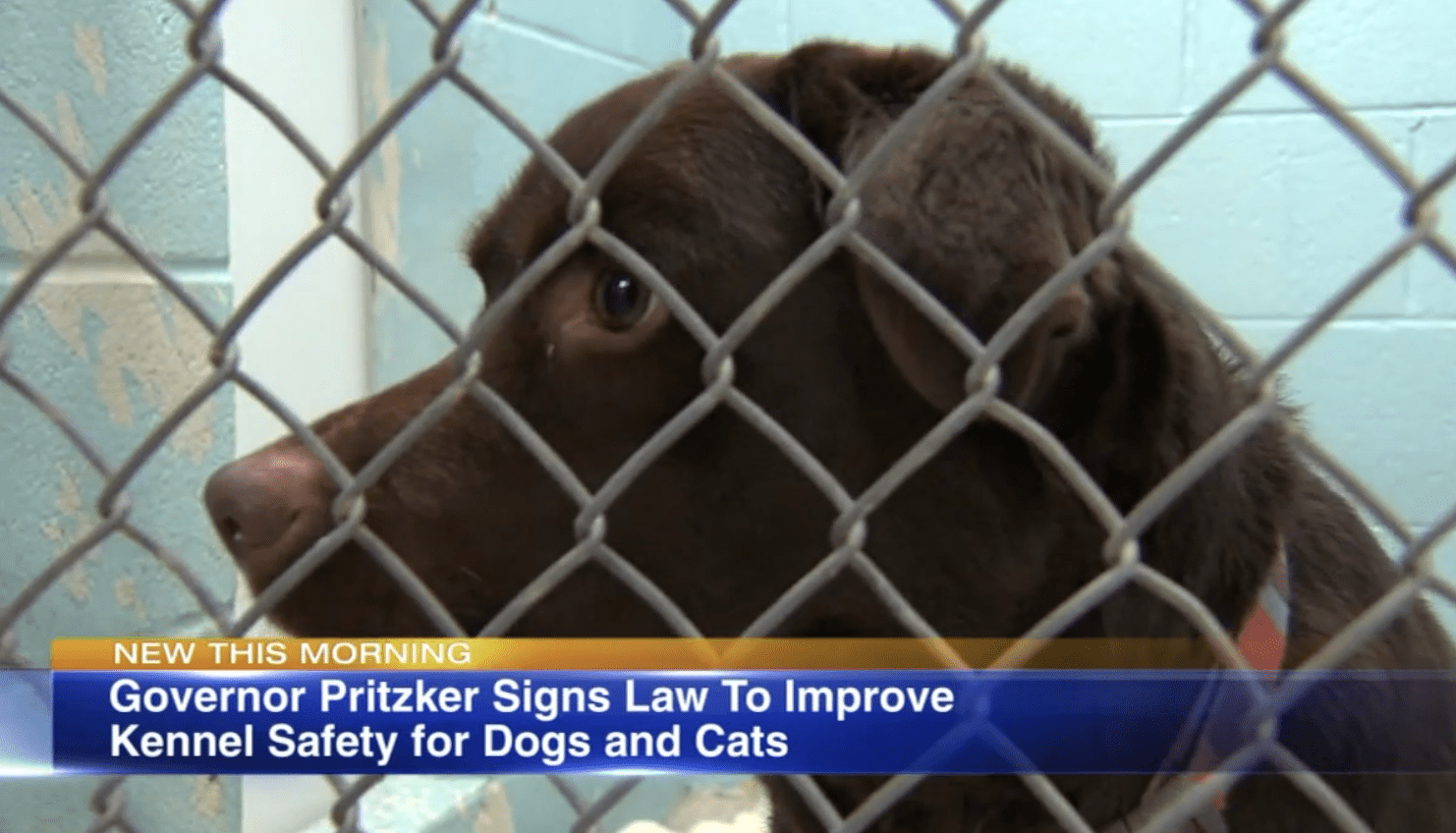 I am thankful to all of you who read my blogs, hear me on the radio and/or see me on TV and in videos….And thankful if my work has made a difference, both legislatively and to individual pet owners. It really is the reason I do what I do….Here’s a snapshot of how I have used my platforms in 2019, or at least tried to:

Following a January kennel fire in West Chicago, IL that killed 30 dogs, there were all kinds of allegations regarding Bully Life Animal Services. Some involving the training methods used at the facility; others regarding the electrical wiring which might have caused the fire and clearly it turned out conditions were over-crowded and filthy. 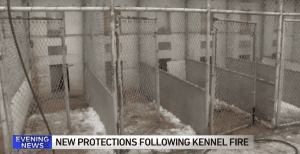 Not only did I keep this story in the news, I ultimately wrote a piece, upon reflection, regarding the cost of “saving” aggressive dogs at kennels like Bully Life Animal Services. I wrote about how some dog trainers have discovered their niche to “re-train” aggressive and unadoptable dogs, therefore presumably saving their lives. This would be terrific except that many of this new wave of trainers use any means they can to get the job done, as fast possible through bullying and intimidation.

We know these methods may moderate behavior but not modify temperament. These dogs could be ticking time bombs ready to blow at any moment. Forcing dogs to act a certain way is fast and easy, but that is vastly different from teaching trust.

At the surface, it appears these trainers are heroic for saving dogs. This is a topic no one else (to my knowledge) has tackled; the post went viral and I believe that increasingly animal shelters and rescues are now thinking twice about who is “saving” their dogs and how they are being “saved.”

First Law Ever to Protect Animals from Kennel Fires 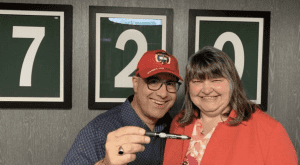 Rep. Pappas presents me with a pen the Governor used to sign the bill to protect animals in kennel fires

I suggested that this needs to change, and contacted Marc Ayers, Illinois Director of the Humane Society of the United States, who stewarded a bill mandating kennels in Illinois have fire alarms that alert directly to first responders, a sprinkler system or a human being on the premises – the first proposal like it in the U.S  State Rep. Diane Pappas (D-45th district), sponsored the bill.. The co-sponsor was State Rep. Allen Skillicorn (R-66th district). The Illinois Senate version was supported by Sen. Donald DeWitte (33rd district), where it passed unanimously. My belief is that now other states are planning to follow with similar bills, and those dogs who died will not have died in vain.

Coyote Not So Wild

Tomi Tranchita had rescued four very sick coyote cubs, saving their lives. But now what? At that time no wildlife sanctuary had space available, and because they were imprinted on humans they could not be released into the woods. Tranchita, following government guidelines and spent her own money to convert her spacious backyard into a coyote enclosure. For 13 years, without a single complaint from the community, or the USDA or Illinois State Department of agriculture, there was no issue. In fact, her set up and diligent efforts to teach the community about wildlife was considered a model. However, when Tranchta forgot to renew one $25 permit, the Illinois Department of Natural Resources (IDNR), showed up without warning with guns pointed at Tranchita, and brutally confiscated her animals. Inexplicably, she was not allowed to pay the $25 or a late fee (as others have). 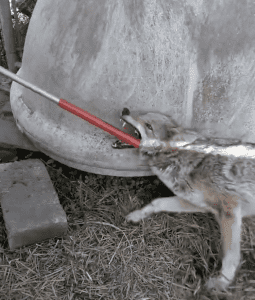 The story gets worse. Likely because of the violent way which they were rounded up, three of the four senior citizen coyotes soon died, likely as a result of trauma.  Luna survived but languished at a facility not suited to care for her. Via my WGN Radio platform, I did get the attention of various public officials, including Illinois Governor J.B. Prtizker. I said, “If criminals can be pardoned, why not an innocent coyote? Luna should be allowed to return to the only home she has known.”

Of course by now, Tranchita had long paid that $25 and any corresponding late fee. But the IDNR stubbornly refuses to reunite Tranchita with Luna. At least Luna was transported to a far better sanctuary in Indiana, in great part, as a result of the publicity I engendered and personal communications had  with several public officials, including the Governor’s office.

The IDNR went off the rails, and now that the curtain is exposed. Even legendary NHL broadcaster Mike “Doc” Emrich commented on this story when heard about it on my show.

My favorite topic is Fear Free, and I also continue to be the Chief Correspondent for Fear Free Happy Homes.  I’ve been involved with Fear Free from the very beginning, the idea to minimize fear, anxiety and stress of veterinary visits. Now that initiative has spread to animal shelters, groomers, dog and cat behavior consultants, dog trainers and most of all into pet parents’ homes. Dr. Marty Becker, Fear Free’s creator, came along with this initiative at just the right time. I am honored to be a small part of this transformational movement that is saving animal lives, and improving our bond. I also continue to serve on the Fear Free Advisory Board, as well as the Board of Directors of the Human Animal Bond Association and several advisory boards.. 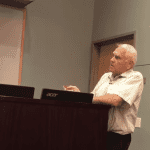 Over the decades, the Winn Feline Foundation, who’s Board of Directors I have served on for about 15 years, has hosted several Symposia on feline infectious peritonitis (FIP). This time, as co-chair of the education committee, I thought the news regarding FIP rocks the feline world, so our FIP Symposium, ought to do the same. We brought FIP investigators in from around the globe to speak at the University of California, Davis School of Veterinary Medicine, all led by legendary Dr. Niels Pedersen who was first responsible for describing the disease decades ago and now discovering a drug which cures FIP. The event included a who’s who of researchers who have studied this elusive illness. 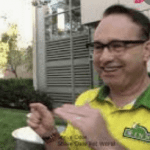 Outcomes of the Symposium include that FIP is now considered treatable and no longer fatal. And one day, with more dollars for studies, FIP will likely be vaccinatable. Ideas to better diagnose were also discussed. Much will be written soon about this event in the popular media as well as science journals by myself and others. Helping to organize Purrsuing FIP and Winning and acting as the emcee was a great honor.

Goodall is FAR Better than Good: She’s Darn Near Saintly 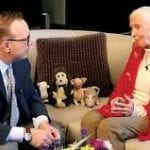 I worked hard to again get time to sit down and talk with incomparable and downright saintly Dr. Jane Goodall just prior to her 85th birthday. Goodall is the United Nations Messenger of Peace, and is rightly so up for a Nobel Peace Prize. All I do here, in this intimate conversation with Dr. Goodall, is act as the conduit to spread Goodall’s messages.

In 2019, I only contributed to one book, El Gato Atropellado or The Cat Hit by a Car. The chapter I wrote on quality of life, like the entire book, is in Spanish. I also wrote the introduction to Decoding Your Cat, authored by members of the American College of Veterinary Behaviorists, which will be out in 2020.

This is hardly a complete list. Truly, my pubic platforms from my blog newsletter (you can sign up, and it’s free, at www.stevedale.tv) to my WGN Radio show (now starting at 5:30 AM CDT Sundays) to my national radio shows to my blog posts to TV spots and videos to speaking gigs at conferences and everything else I do are all focused at making a difference. Hopefully, I achieve that. And for those of you who help me to spread the word, thank you so very much!