Aeris, Movie About a Kitten with FIP, Screened at Lincoln Center 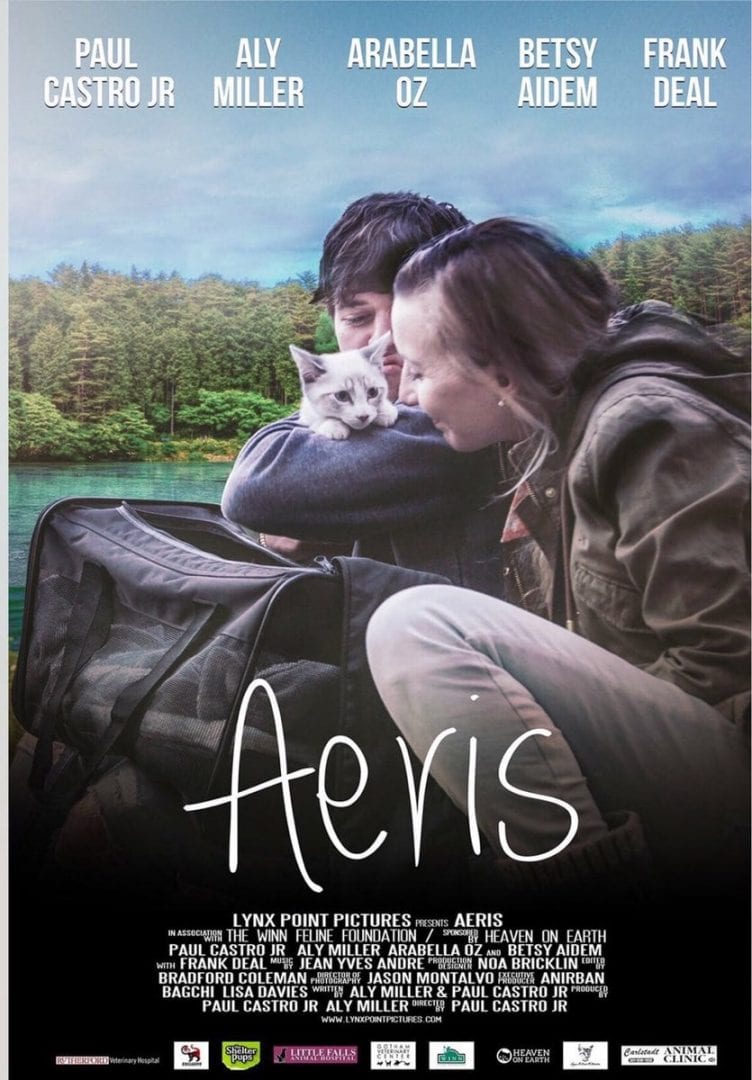 The Lincoln Center has rooms to screen films, often documentaries or art films. I suspect with the hundreds or more films presented over the years, this is the first one ever about a kitten with feline infectious peritonitis (FIP). 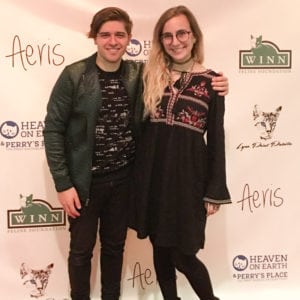 These young and clearly outrageously talented New York City-based actors, Paul Castro Jr. and Aly Miller, approached the nonprofit Winn Feline Foundation about a year ago, following the untimely death of their kitten, Aeris, to FIP. They had never heard of FIP, were understandably shocked, and wanted to do something about it. 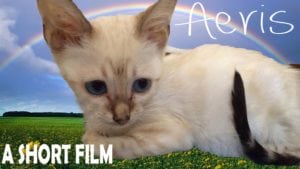 To their credit, Paul and Aly decided to make a movie, which meant working hard to raise dollars to make it possible—this isn’t a home movie, it’s the “lights, camera, action” real deal. They wanted to educate others about this devastating disease and where to purchase a kitten (they bought Aeris from a pet store). In the process, they sought to raise money for FIP studies, which the Winn Feline Foundation Bria Fund supports.

The sold-out event was incredible, and I was honored to serve as emcee. I began by acknowledging cat bloggers in the room. I thanked Dr. Madeleine Stahl of Merck Animal Health for her organization’s commitment to Winn. Everyone attending the screening received a 50th anniversary commemorative book, which was made possible by Merck. A PDF of the book is free, located on the Winn Feline website. Also, Dr. Elizabeth Bales, creator of the Indoor Hunting Feeder for cats, was there. Each time someone orders this action-packed feeding system for cats and indicates “CatsWinn” as the discount code, Winn receives a donation. 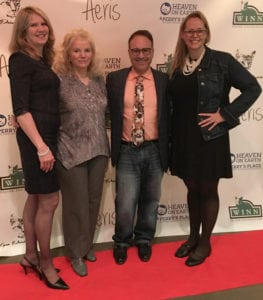 Most importantly, Susan Gingrich made it to the opening. Susan created the Bria Fund, and that is a big deal. The Bria Fund has raised enough money to study FIP that we now more fully understand this devastating and complicated illness, and, as she explained, researchers are on their way to developing an effective drug. Susan, also a Winn Feline Board member, offered an impassioned and from-the-heart talk.

Paul and Ally introduced their movie:


Following the movie, Paul and Aly introduced some of the crew in attendance as well as actor Frank Deal (who played one of the veterinarians). We also saw a short clip from Peter Cohen’s Zen by Cat, also raising dollars for FIP studies. 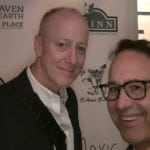 Aeris will be screened at future film festivals and other locations that cat lover frequent. In fact, if you’d like, you can contact me and request a screening of this 30-minute feature, which will undoubtedly pick up some awards along the way.