How to Help Stray and Feral Cats 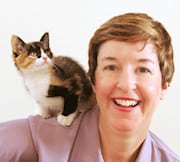 Cats are the most popular pet in America; there are 82 million pet cats. The problem, which some would rather not deal with are the estimated 40 to 80 million feral cats. “They’re the same cats who share our beds, they’re domestic cats, they’re just not socialized,” says Becky Robinson, president of Alley Cat Allies. In 1991, this organization decided to speak up for these un-owned cats and endorse a humane approach to lessen their numbers called trap, neuter, return or TNR.

Robinson is the first to admit that stray/feral cats can cause problems, which range from making a mess in gardens to late night yowling to potentially spreading rabies since they are greatly unvaccinated., Cats do kill assorted wildlife, most notably song birds (though data verifies that habitat loss as well as light and air pollution cause far more problems to birds). In fact, some privately maintain that cities depend on these cats to help control rats.

In a sense, that city rodent control function may not be surprising. Feral cats have been around for 10,000 years – they’ve had lots of time to acclimate to living with people. While these cats do surprisingly well, cars are one potentially deadly problem they didn’t have to deal with a few thousand years back. Aside from being on the losing end of collisions with autos, outdoors cats are themselves subject to predation, disease, toxins such as antifreeze, and the list goes on.

Animal control historically attempted to deal with the problem by trapping all the cats they can, then killing them. Robinson simply says, “If that method worked, I wouldn’t be talking to you now about feral cats.” While an occasional solitary cat may wander about, domestic cats are social and generally form colonies. Robinson explains that animal control can’t catch all the cats in a colony. Even if they catch 90 per cent of the cats (which rarely happens), a vacuum effect is created. In no time, the cats will naturally step up their reproduction to fill the void, and outside cats may be allowed to enter the colony as well – until numbers are right back where they were before animal control arrived.

Alley Cats mission is end that endless cycle of trapping and killing with TNR.

According to a poll commissioned by Alley Cat Allies, 81 per cent of those surveyed said they consider it more humane for feral cats to live out their lives than to be trapped and killed. However, left to their own devices, feral cats don’t practice birth control.

And that’s where TNR or trap, neuter, return comes in. Feral cats are humanely trapped, then transported to a participating shelter or private veterinarian to be spayed or neutered and vaccinated for rabies. Any young kittens and friendly cats are adopted.  Any cats who may be very ill are humanely euthanized. The remainder of the cats are ear notched or ear tipped, so they can later be identified, and then returned to where they were trapped to live out their lives. The feline reproductive machines are halted. Often caretakers oversee the cat colonies by providing food. As a pawful of new cats enter the colonies, they are also given similar veterinary care.

Tree House Humane Society is a no-kill cat shelter in Chicago, where development director  and TNR Program Manager Jenny Schlueter’s phone rings and rings about stray cats. “When people complain about the un-owned cats, I explain that our goals are the same as theirs,” she says. “We want to see the feral cat population diminish too. It’s not like we’re a bunch a crazy people trying to populate the world with more cats. We’re here to help.”

Alley Cat’s mission is helping to provide resources and advice to organizations such as Tree House in the big city as well as rural groups, such as Cat’s Cradle in Harrisonburg, VA in the Shenandoah Valley. “Trapping and killing just doesn’t work, the new paradigm of TNR does work,” says, executive director Josie Kinkade.

“People here get it – they just need to be told what to do (for the feral cats) and how to go about doing it,” adds Kinkade.

Cat’s Cradle also raised money to build a spay/neuter clinic, which opened in January, 2005. Over 30,000 dogs and cats have been ‘fixed,’ which goes a long ways to fix a problem.

Back in Chicago, Schlueter says there are over 100 registered feral cat colonies wihin the city limits, and over 30 overseen by Tree House volunteers. “Of course, the colonies are getting smaller and smaller, some will disappear all together,” she says.

Robinson says TNR works. The original alley cats (which Alley Cat Allies is named for) in Washington D.C. are long gone, and there are lots and lots of examples of colonies that are now depleted to zero or consists of a pawful of geriatric cats.

Robinson says that while are now over 200 non-profit groups with TNR being their primary mission,, many communities stick to the old model of trap and kill

Alley Cat Allies hopes more individuals and more shelters get involved. “We know how to humanely help cats and at the same time help the community in a cost efficient way – that’s what TNR does,” Robinson says.