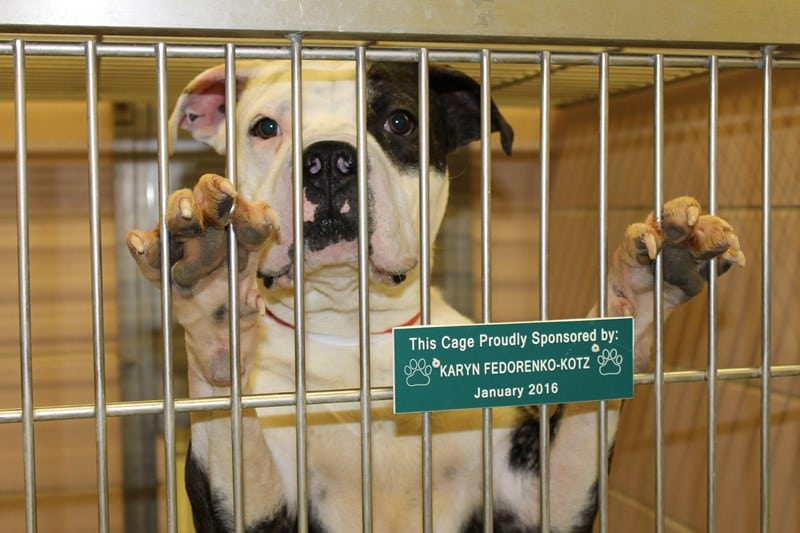 The Animal Welfare League (AWL) of Chicago and Chicago Ridge have been around for a long time. Without their open-admission policy (and that of Anti Cruelty Society), there’s little doubt that Chicago Animal Care & Control would be further over-burdened, if not downright overwhelmed. Their contribution to animal welfare is undeniable.

However, allegations of late have been flying around the internet, and some have been pretty outlandish. Before assuming the worst, I spoke one-on-one with Linda Estrada, executive director of AWL for 22 years.

Online reports have indicated that AWL has been euthanizing animals that no-kill or community facilities won’t, and AWL does the “dirty work” because they’re paid to do so. To my knowledge, there’s been no demonstrative proof of this, only online “reports.”

Estrada vehemently denies the allegation, “Of course not. Not one time. Not ever,” she says. “We do private euthanasia when a member of the community comes in, but even then we sometimes refuse if we deem it’s a healthy, adoptable animal.”

Another internet rumor is that dogs with flu have been routinely euthanized at AWL as a way to deal with limiting the potential of an outbreak in the shelter. “Not true,” she says. And, to Estrada’s point, there is an outbreak now of flu at AWL, and dogs are being treated, not euthanized.

So, where do these reports start? Estrada suspects the answer began with a disgruntled volunteer. She explains that the volunteer posted images of adoptable animals in social media, but on those same pages in social media there was allegedly offensive content (antisemitic/racist, etc). Because of that, the volunteer was let go, and then that volunteer and a friend or two apparently felt the need to “get back.” This isn’t the first time that this sort of thing has happened to an animal welfare agency, even one in good standing.

To prove her point, Estrada says that she is even open to the idea of answering questions over a community meeting, which a third party could moderate. “We’re not perfect, but we do have a wonderfully supportive and involved Board [of Directors]. Still, this sort of thing being spread doesn’t help animals. It’s very hurtful to us personally.”

What is true is that the H3N2 strain of dog flu (canine influenza virus) was positively identified at the Chicago Ridge facility by a diagnostic lab last week.

Estrada explains what happened, “We’re open-access. Of course we took in a group of dogs, which we assumed had kennel cough. They got severely worse, and now all the dogs around them were getting worse. Our veterinarians said let’s culture, and we did. [Last] Saturday, we did a quarantine. None left the shelter or are going to leave the shelter to get the community contagious until this is over.”

Dog flu overwhelming a shelter and forcing a shut down has occurred at other Chicago facilities as well as shelters around the nation.

Currently, she says, there are 48 dogs who are sick. One older dog was euthanized, as his flu worsened into pneumonia. (The national average is around two to five percent of dogs with H3N2 succumb.) Some dogs at AWL have mild symptoms and some are on IV fluids and medications as there are eight full-time and one part-time veterinarians looking after the dogs. Would she consider euthanizing the dogs with flu? “Why?” she questions. “As long as they don’t get so very very sick. They’re beautiful dogs.”

Cats can potentially get the dog flu, but none have been reported ill.

I can’t personally say for sure what’s going on in regards to the allegations against AWL. But, the animal welfare world can be turbulent. It’s filled with passionate individuals—mostly—but not always well-meaning. Also, it’s common knowledge that that internet can be used for good or evil. Dare say online that an animal was euthanized or even poorly treated without cause and defenders will appear. That is good. But, what if the defense is misplaced, which it sometimes is?

The Chicago location of AWL has been operating on a shoestring budget for years (I’ve never understood why they don’t receive more resources). If it weren’t for the heroic manager there, I hardly think the place would be open. But, they do provide a vital service in a vastly underserved south-side community. The Chicago Ridge location, as Estrada notes, is not perfect. But, their reputation has never been a bad one, and it’s hard for me to fathom that any of these allegations are true based on my conversations with Estrada and others. For many years, the Chicago Ridge location has, by all accounts, served their community well. AWL’s actions regarding the CIV dogs are perfectly appropriate and within guidelines set out by shelter veterinarians.

If you want to help AWL, they currently have a need for canned dog and cat food. Also, AWL offers periodic low-cost vaccine clinics, and this will include a vaccine for dog flu.

The dog flu will eventually run it’s course at the shelter (assuming proper protocol continues to be followed), but unless the community vaccinates in larger numbers, it will reoccur there and elsewhere. Getting over the internet reports—though they may be false—may be a more challenging hurdle. That is unfortunate.