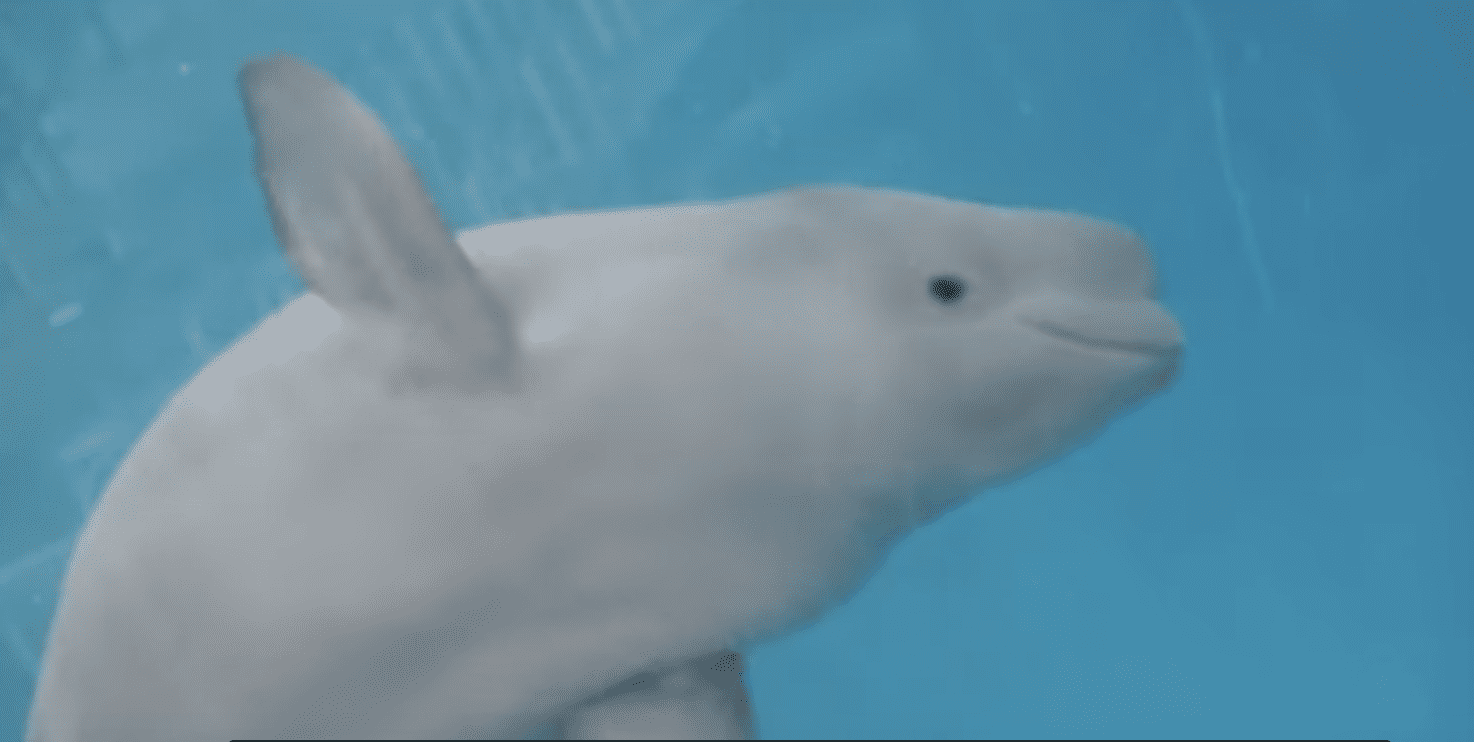 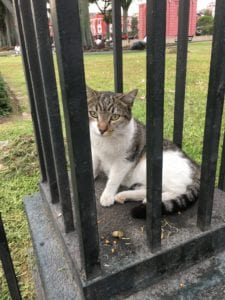 Should cats go to kitty jail?

If the weather’s been bad, apparently that is the fault of cats. I’m unsure why if there’s a concern or problem on the planets it’s the fault of cats. The latest example is endangered Beluga whales are dying because of cats and the toxoplasmosis they carry, according to a report being spread through the Canadian Broadcasting Corporation CBC).

One reports says, “A new study suggests the belugas are being increasingly infected with a parasite known as toxoplasma gondii, transmitted through the feces of cats.”

Dr. Stéphane Lair, a professor of veterinary medicine at the Université de Montréal and one of the study’s authors, said of 34 beluga whale carcasses examined between 2009 and 2012, 44 per cent were found to be infected with the parasite. I believe the study and the professor. However, what the professor and these stories about her work fails to mention is that the organism has been found in the environment for thousands of years. 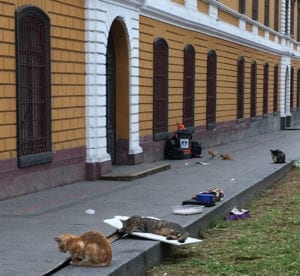 According to the Centers for Disease Control (CDC), “While the parasite is found throughout the world, more than 40 million  people in the United States may be infected with the Toxoplasma parasite. The Toxoplasma parasite can persist for long periods of time in the bodies of humans (and other animals), possibly even for a lifetime. Of those who are infected however, very few have symptoms because a healthy person’s immune system usually keeps the parasite from causing illness. However, pregnant women and individuals who have compromised immune systems should be cautious; for them, a Toxoplasma infection could cause serious health problems.”

Other studies concur that the toxoplasma organism has been identified in other marine mammals as well. But what does this mean? And is this a new development?  Also, consider that wild cats, like lynx, bobcat and cougars can also spread the organism.

A quote in the CDC story from Dr. Lair makes little sense – if the quote is complete and accurate. The quote: “The big difference in the last few centuries is the introduction of domestic cats — a new definitive host for the parasite that probably has contributed to an increase in the amount of toxoplasma those mammals are exposed to.” The problem is that centuries ago scientists weren’t looking for toxoplasmosis in Beluga whales, so really how does she or anyone know if there is more toxoplasmosis today in marine mammals compared to hundreds of years ago?

Dr. Lair has indicated that toxoplasmosis is associated with mortality in marine animals all over the world. Lair pointed to the example of the endangered monk seals of Hawaii, 11 of which have died from the disease since 2001. However, are domestic cats to blame? No one knows. 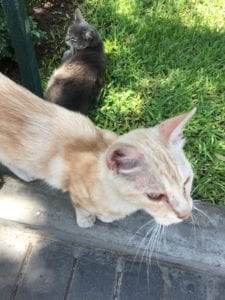 In the past 30 years, seven St. Lawrence beluga deaths have been linked to the parasite. But there are other effects that need further study. Also, I wouldn’t call seven deaths an epidemic – even if the link is direct. Of course, for these endangered sea mammals, one death is too many. And I support Dr. Lair’s effort to encourage people to maintain cats indoors.

Since toxoplasmosis is derived from exposure to infected rodents, keeping cats indoors-only obviously minimizes the risk to transmission to people (or any other animal). Still, no one knows if all house cats on earth were kept indoors if that would impact Belugas, since wild cats can transmit the illness and since toxo remains universally in the environment.

Minimizing the risk of toxoplasmosis by keeping cats indoors is still a good idea. Most people don’t become ill from the organism, generally immune suppressed individuals are most at risk and a human fetus could be at risk.

According to the CDC here are the ways which people are most often infected by toxo. Note cats are near the bottom of the list: 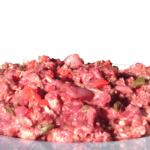 What’s the Toxoplasmosis Threat to Humans?

For women who are not immune to toxoplasmosis, exposure to this parasite just prior to or during pregnancy may cause the fetus to be infected. According to the Organization of Teratology Information Services and American Pregnancy Association, when the mother gets infected between weeks 10 to 24, the risk for severe problems in the newborn is about five to six percent. Still, that percent – though very low – is troubling. However, even with indoor/outdoor cats, with knowledge problems can be avoided.

Cats pick up toxo outdoors, or on kitchen counters where there’s uncooked meat, even catching mice or cockroaches indoors. According to the Centers for Disease Control, the same is true for people.

A specific series of events must occur in order for any person to contract toxo from a kitty. First, the cat must be infected in the first place, and most cats are not infected with the organism (according one researcher about 75 percent or more are clear). Cats can only pass the disease seven to 14 days their entire lives (when there’s an acute infection and the organism is in what is called the oocyst stage).

If the cat is shedding the organism, don’t touch any cat poop. And the poop only carries the infection one of those seven to 14 days. People need to do is to scoop the litter box daily. You see, it takes at least a day and typically several days for the virus to become infectious to people. To insure absolute safety, scoop wearing gloves or with gloves on take the entire plastic liner with the litter inside and trash it (so feces is never handled). Or, here’s a concept, scooping the box can be the job for that guy who contributed to the woman’s condition in the first place. Toxoplasmosis is transmitted through the cat’s feces; it’s not passed to people through the air. 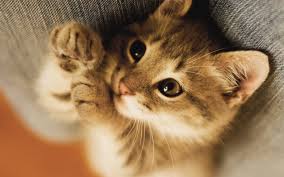 Lots of women (some research suggests as many as thirty percent in the U.S., and higher than that in other parts of the world) have previously been exposed to toxoplasmosis and they never know it. A simple blood test determines previous exposure. This is handy knowledge because generally, once positive for toxo, most people remain positive for life, and immune against a recurrence of infection.

Odd scare tactics continue to persists involving cats, but that is all they are. Regarding Beluga whales, I argue that the whales have lived with toxoplasmosis in their environment for a very long time, and they’ve managed. What’s changed is the environment itself, including warmer water, as well as pollution and periodic illegal hunting.