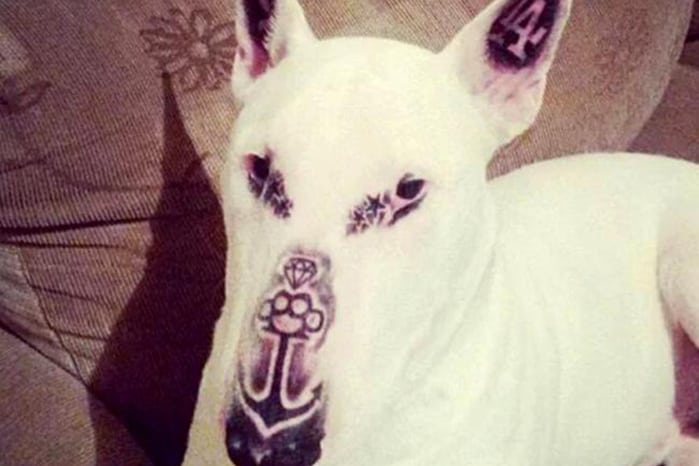 I don’t know that I believe this guy – because he is filled with tattoos himself – as he explains really tattooed his dog to protect his White Bull Terrier from solar rays during cancer treatment. according to Yahoo News. 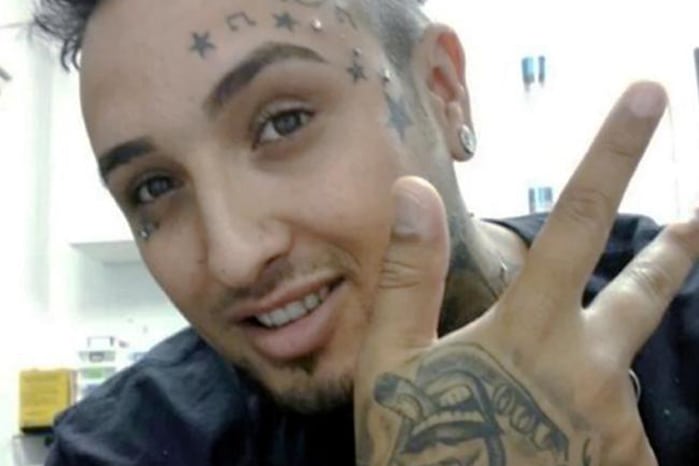 I am personally not a fan of a tattoos. I don’t have any. However, I believe that is an individual choice. And if a person wants to be ‘tatted,’ that is a personal decision. My problem with tattooing a dog is that the dog has no option. There’s no way to ask the dog, ‘Do you want a tattoo?”  Unlike little benign things we do, like put on a Halloween costume, this is forever and it hurts.  And in this particular instance, putting the tattoos where they are on this dog must have been particularly painful (unless it was done under anesthesia, which is not clear).

Tattoo artist Emerson Damasceno from Poços de Caldas in southeast Brazil initially shared the pictures of his Facebook page, likely thinking nothing of it. However, others didn’t agree and he was actually forced via public pressure to flee his page.

I realize dogs have long been tattooed for identification purposes, but today we can do better using microchip technology. And in my opinion, it’s not worth whatever artistic statement is made by tattooing.