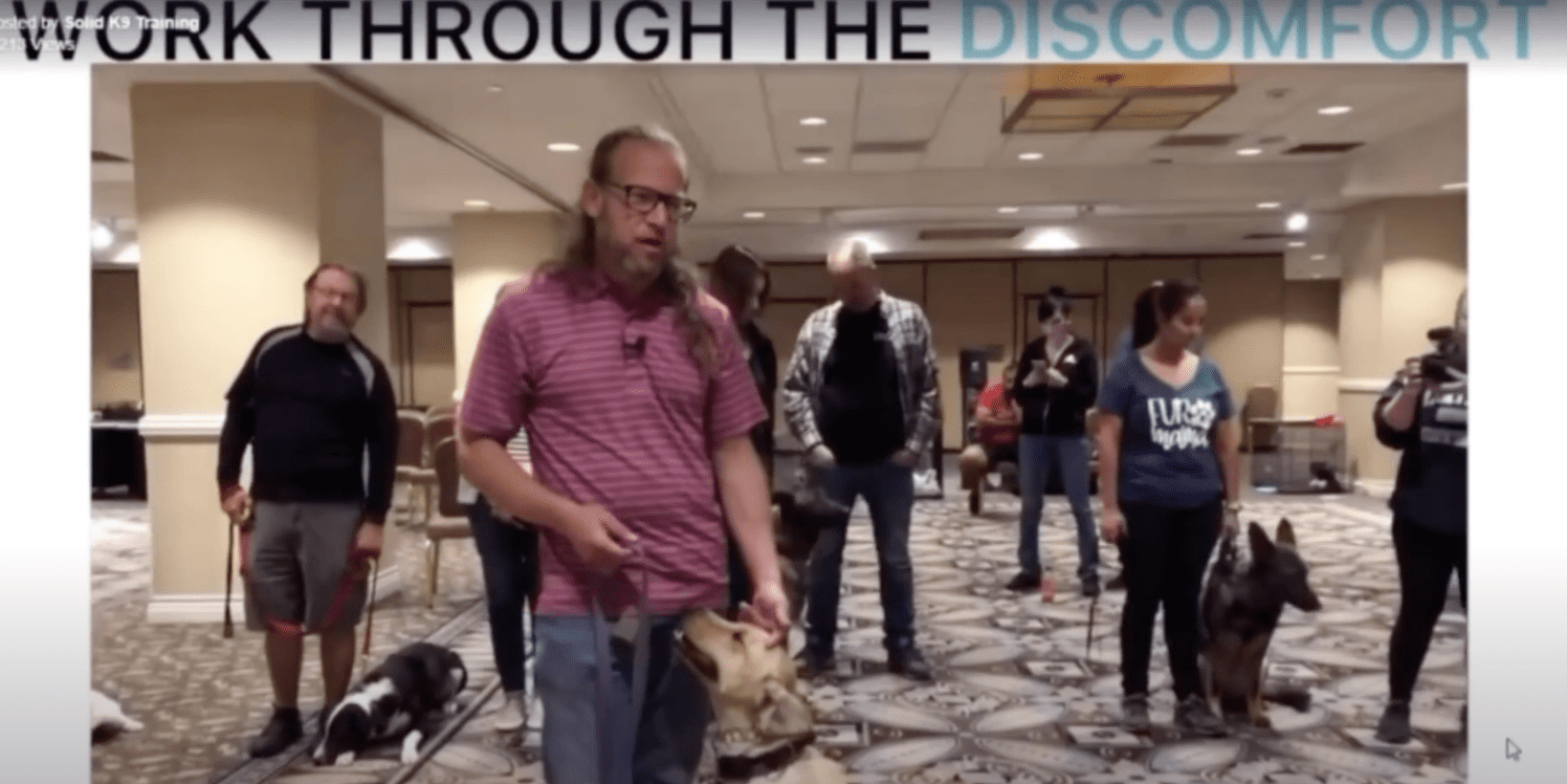 I have received many comments (appropriately so) asking what to do about trainers who use clearly abusive techniques like those seen in this video by trainer Jeff Gellman (see post and video below). Living in Chicago, I was notified that Gellman is scheduled present a seminar in suburban Bartlett. Does Chicago want to see this dude? Will the Chicago dog training community, and concerned pet parents speak up and speak out?

In the information published for the seminars:

“If you do not have an e-collar, we very highly recommend E-Collar Technologies.”

The evidence regarding use of ecollars as not being beneficial and likely harmful (see video below) has been replicated many times now in peer-reviewed studies around the globe. This is no longer a matter of opinion. Also, Gellman is oddly asking people to use electronic collars without apparently not knowing the dog’s problem. Here’s a list of problems he says he can fix, according to the promotion of his appearance. I concede I am curious (albeit bit afraid to ask) how he deals with separation anxiety, fear/ nervousness or any issue that is anxiety-based using a product which will cause a dog even more anxiety. And I’m very unsure of what the “problem” he calls stubbornness is. I suppose a dog that won’t listen. How does diminishing the human-animal bond motivate a dog to pay more attention?

Dogs are now overwhelmingly considered family members. Tragically, that doesn’t stop some from bullying, doesn’t stop some from mental or physical abuse. In my view this is never an explanation for “saving” an animal since we KNOW there are other ways to communicate with dogs and to change behavior using various positive reinforcement techniques. I just posted a video with veterinary behaviorists and animal behavior PhD’s as they explain what animal abuse is – which includes aversive training –  and how abuse only means that a dog is actually more likely to ultimately be euthanized.

Personally, my discomfort is watching this.

Yet somehow there are dog owners who believe that we need to dominate dogs, “show them who’s boss,” and use forceful and even physical techniques. Want to save dog lives? Sure spay/neuter is important, adoption is important – but once and for all seeing animal abuse for what it is and never accepting it will save more dogs lives than anything we can do. Helping to stand up for what is right includes communicating with dog parents who likely love their animals and just don’t realize or just don’t believe there are far more effective and clearly more humane alternatives.

American Veterinary Society of Animal Behavior position statement on how to choose a trainer.

Decoding Your Dog, authored by members of the American College of Veterinary Behaviorists.

Experts around the world, and now a myriad of published science backs what is called reward-based or positive reinforcement training. Here is one of countless statements, this is from the New Zealand Companion Animal Council.