AVMA Excellence in Media Award: Honor of my Life 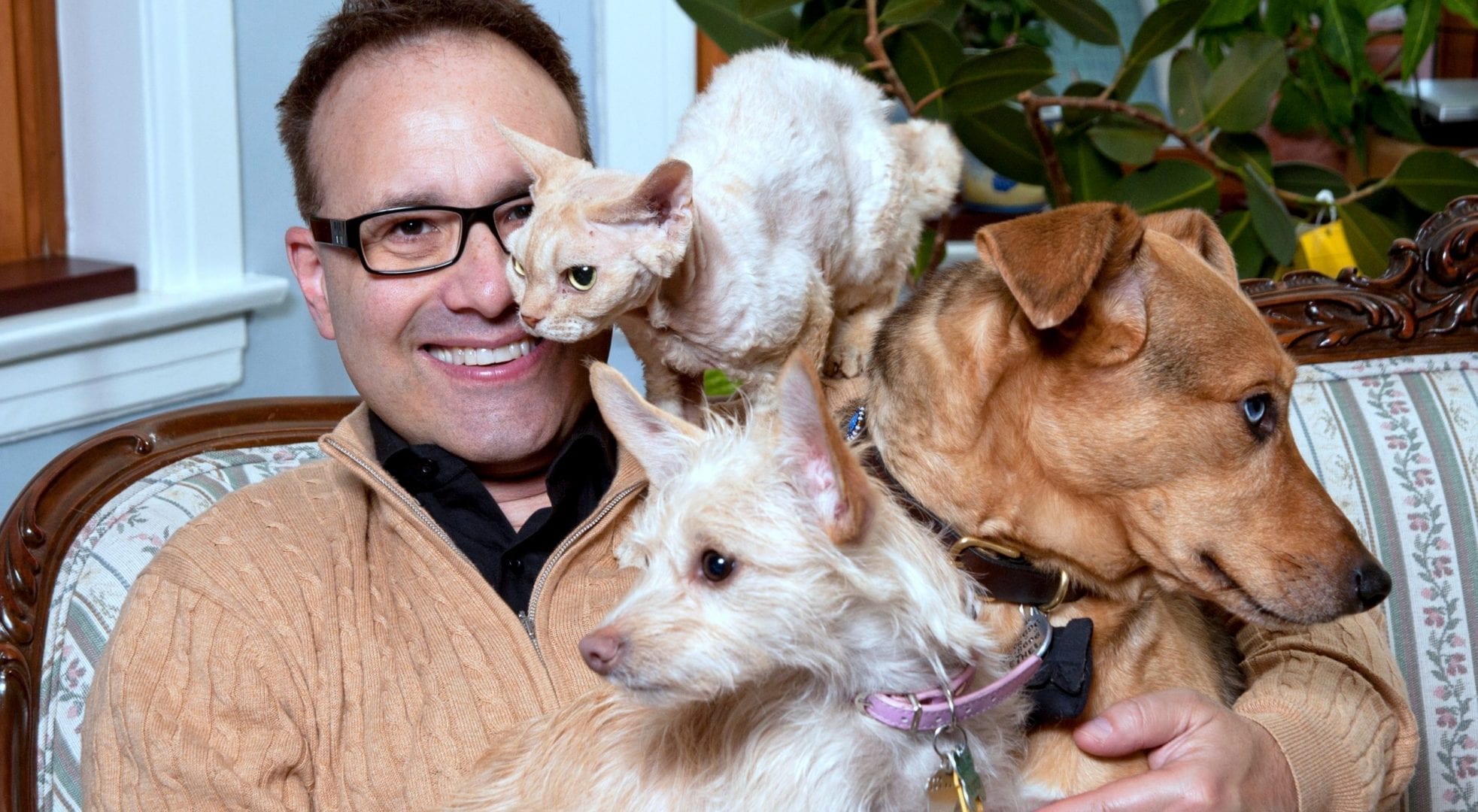 (SCHAUMBURG, Illinois) January 19, 2020—The American Veterinary Medical Association has announced that Steve Dale is the winner of the inaugural AVMA Excellence in Media Award, which will be presented this August at AVMA Convention 2020 in San Diego.
This new award was established by the AVMA to honor the achievements of an individual who has contributed to the positive visibility of the veterinary profession by raising public awareness of the important and diverse roles veterinarians play in the health and welfare of animals, people and the environment.
“For more than 30 years Steve has been a champion of veterinary medicine and the animals we treat,” said AVMA President Dr. John Howe. “Steve’s rapport with the public has helped build awareness of animal health and wellbeing as well as the veterinarian’s role in animal care.”
Dale, a certified animal behavior consultant, is the host of two nationally syndicated radio shows–Steve Dale’s Pet World and The Pet Minute–as well as a special contributor at Chicago’s WGN Radio and program host of Steve Dale’s Pet World. He formerly hosted the nationally broadcasted Animal Planet Radio, served as a syndicated columnist for the Chicago Tribune, and was a contributing editor for USA Weekend and regular columnist at Cat Fancy magazine.
“I can’t think of anyone more deserving for this inaugural award than Steve Dale,” said Dr. Janet Donlin, CEO of the AVMA. “His dedication, passion, knowledge and good humor have made him not just a great source for animal and veterinary news, but also a pleasure to work with.”
The award is sponsored by Fear Free Pets, whose mission is to prevent and alleviate fear, anxiety, and stress in pets by inspiring and educating the people who care for them.
“What I love about Steve is that while he isn’t a veterinarian he champions for animals as if he were one,” said Dr. Marty Becker, founder of FearFreePets.com. “He exemplifies all we work for on behalf of animals and the people who care for them, and this award is one small way to honor his contributions.”
Dale is currently a writer and contributing editor for CATster, and authors a column called Steve Dale’s Vet World for Veterinary Practice News. He’s also a columnist for the National Association of Veterinary Technicians in America (NAVTA) Journal and PetVet magazine. His blog is www.stevedale.tv<http://www.stevedale.tv/>.
Dale has been involved in many legislative efforts, from preventing breed bans to last year creating a law to protect animals from kennel fires. Dale’s efforts played a key role in the creation of Illinois’ first fire protection law for pets in kennels, which was signed by Gov. J. B. Pritzker in August.
He serves on the boards of directors of the Human Animal Bond Association and the Winn Feline Foundation and is an advocate of Fear Free. Dale was previously honored with the AVMA Humane Award in 2002.
For more information, contact Michael San Filippo, AVMA senior media relations specialist, at 847-285-6687 (office), 847-732-6194 (cell) or [email protected]<mailto:[email protected]>.