There ought to be an AARP for pets. After all, we have more pets than ever before, and it seems they’re living longer. 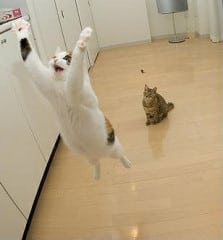 Cats soaring in their numbers

According to the recently released American Veterinary Medical Association U.S. Pet Ownership & Demographics Sourcebook – a survey of pet owners – there are now 81.7 million pet cats (up from 70.8 million when the survey was last conducted in 2001), and 72.1 million dogs (up from 61.5 million in 2001). Nearly 17 per cent of those cats are over 11-years old and 14 per cent of dogs over 11 (on average, cats do live longer than dogs).

Even since the last AVMA Pet Ownership survey was taken in 2001, advances in cutting edge veterinary medicine are striking. However, cutting edge medicine doesn’t always come cheap. Still, more than ever, pet owners are willing to pay for advanced techniques which prolong life. The average annual veterinary expenditure per household is now $366, a 28 per cent increase since the 2001 survey, and a 48 per cent increase since 1996. Certainly inflation doesn’t account for all that increase. Nearly twice as many dog and cat owners were also willing to pony up over $1,000 for a vet visit compared to 2001. 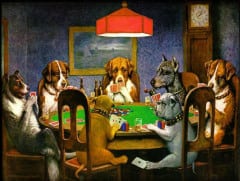 Our pet population is aging

However, according to the new survey, mysteriously, veterinary visits are down overall. The average dog now sees a veterinarian about 1.5 times a year, down from nearly two annual exams in 2001. Even more striking cat visits have dipped to less than one visit per year for the average cat. However, emergency rooms visits are up slightly. This, in part, may be related to more available emergency facilities, but also can be due people not catching illness by avoiding routine visits – and ultimately requiring emergency care.

“I have no doubt that people care about their pets more than ever,” says Dr. Ron DeHaven, executive vice president of the Schaumburg, IL-based American Veterinary Medical Association. “It’s a shift from a mentality to see a veterinarian only when a pet is sick to preventative wellness exams which might, in fact, help to avoid illness. Ideally pets should have twice a year check ups.”

The data supports DeHaven’s assertion that people do increasingly want to do the best for their four-legged, feathered, and even cold-blooded friends. For one thing, pet owners are will to go to extraordinary lengths to do what they can to help their pets (as described above, pet owners are willing to spend money as they never have before for their pets’ welfare). Also, according to the AVMA survey, about 98 per cent of pet owners consider their pets beloved companions or equal family members. Only the remaining two per cent consider their pets’ property. Interestingly this figure includes all pets, from dogs and cats to hamsters to horses. 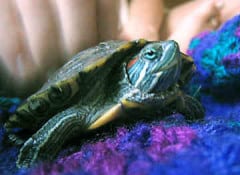 Red-eared sliders, all the rage, again

Slow and steady must win the race; the type of pet which increased the most in popularity since the last survey are turtles, up an amazing 86 per cent, reaching nearly 2 million in numbers.

DeHaven explained that importation of red-eared slider turtles has been prohibited by the government for many years. Those the turtles kept in the 1950’s and ‘60’s in plastic habitats with palm trees may have looked cute but they often carried salmonella. The government responded by banning their importation. Now, the turtles are legal if they’re bred in the U.S. And apparently they’ve caught on. De Haven warns to keep the turtle environments clean, and to you wash hands after handling to prevent salmonella from becoming an issue again. 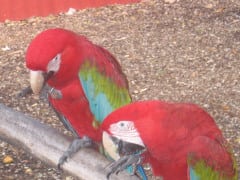 Pet parrot numbers are up

Behind cats and dogs, the third most popular pets are birds with 11.2 million (up from 10.1 million in 2001). Interestingly, there are now fewer homes with pet birds, but a slight increase in the number of birds per home.

With 6.1 million rabbits, some may not be surprised that they continue to rise in popularity, as do other small animal pets. Next in line are hamsters, 1.2 million followed by just over a million ferrets. DeHaven suggests that as lives get busier than ever, these smaller pets may more easily fit into daily schedules, not to mention fit into smaller living spaces. Exceeding just over a million, lizards have about doubled in popularity; snakes declined just a slither, down to 586,000.