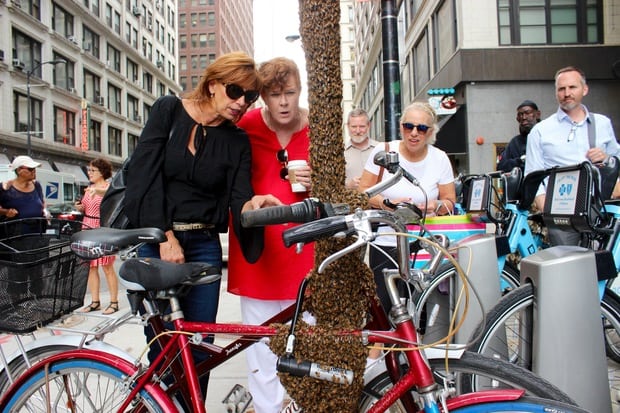 What buzzing in Chicago? Bees!

It’s a good thing….there’s actually a honey bee shortage in the U.S., and around the world. If the trend continues, it will cost us – literally, the cost of our food that requires bee pollination could rise significantly.

Except what occurred on Michigan Avenue in Chicago on the afternoon of June 6, as a colony of bees – with thousands of bees (estimated at 7,000 – but no one likely counted) – settled on a light pole and bicycle adjacent to a Divvy bike station. “It was incredible,” says my wife Robin, who witnessed nature in a way rarely seen. 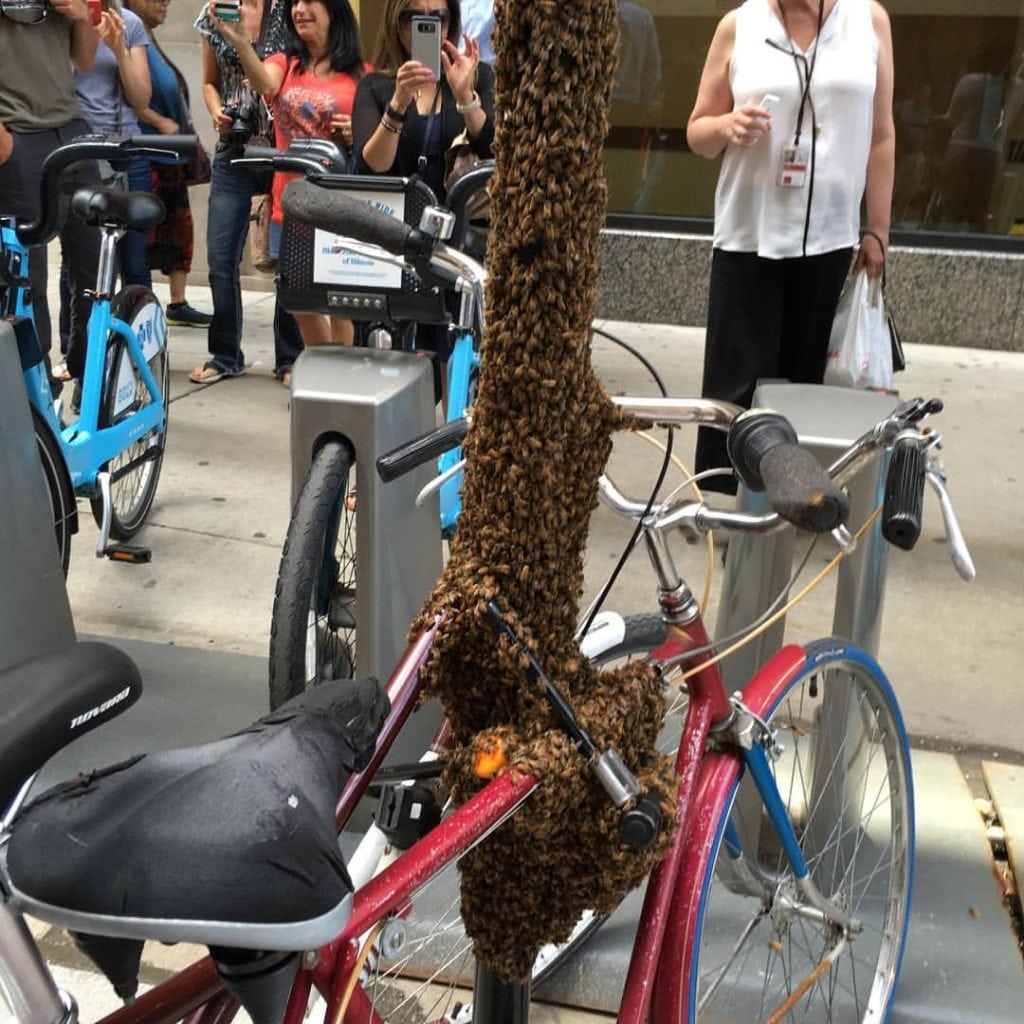 So, what happened? The presumption is that a nearby bee colony ousted a queen who took her loyal subjects with her.

Jana Kinsman of the Bike-A-Bee group showed up around 2 p.m, according to my wife, to remove the bees — cup by cup — with no gloves protecting her hands. She loaded the buzzers up into a portable hive.  Her secret weapon to herd the bees, likely she uses pheromones. The bees were relocated to her headquarters at The Plant, a self-sustaining bee farm in Back of the Yards neighborhood.