Better Plan For Feral Cats, What Is It? 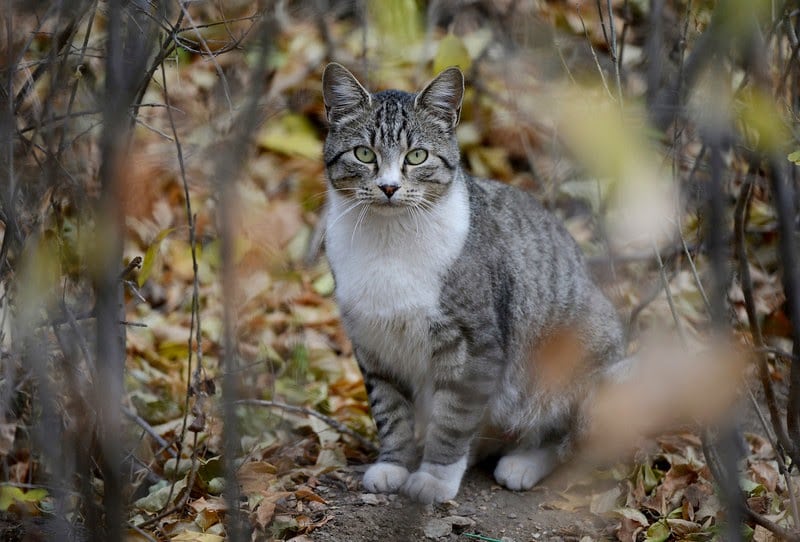 TNR (trap neuter return) of feral cats may not be a perfect system, but it works. If there’s a better plan, let’s see it!

John Kass, Chicago Tribune columnist, has been assailing outdoor cats, calling them “familiars of satan” (I’m not certain what that means, but it doesn’t sound kind) and suggesting they kill billions of songbirds.  He’s also been highly critical of the idea of putting cats to work to help control spiraling rat population, Tree House Humane Society has a program that relocates spay/neutered feral cats to where there’s an excess of rats, called the Cats at Work Project.

I thank Mr. Kass for his most recent story, “Crazy Feral Cat Ladies Want Me Neutered, but I have a better plan” because in the story he says,

“Steve Dale, famed cat lover on WGN-AM radio, is trying to lure me into a radio debate.”

I appreciate that Mr. Kass believes I am a famed cat lover. Called out as a “cat lover.” Best compliment ever!

As for luring him into a debate….well, why not Mr. Kass? Indeed I’ve emailed Mr. Kass, and asked him to appear on my show. Not sure what he means by “lure,” the implication – as I read it – is that I want him to fall into some sort of radio trap, or maybe he just doesn’t really know all that much about this topic. 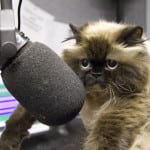 Perhaps this cat can debate on the radio

I’ll keep trying though – leaving a trail of catnip from his office at Tribune tower to the WGN studio in the same building to lure him into my humane trap.

Unfortunately, Mr. Kass keeps getting the facts a tad (conveniently?) twisted. In this last column, he notes feral cats are taking over Australia, and there’s a bounty on feral cats. And how the famed Pintubi cat hunters of the Kiwirrkurra were hired to get the cats.

Now, let me explain with the truth (which I just double-checked with a Australian veterinary friend to confirm). For starters, you need to understand that unlike in the U.S. where over the past decades cats have increasingly been kept indoors, in rural Australia (even the suburbs of big cities), cats are indoors and outdoors, it’s the culture there. It’s not like cats are everywhere, though, as Kass suggests. 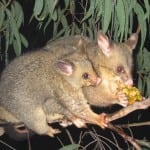 The cats weren’t eating Australian city rats so much as threatened possum species (as well as various other rare marsupials). There are nearly 70 possum species. This family of animals is only distantly related to animals we call the opossum, and mostly quite a bit smaller.

Like all of Australian native species, unique to the country, the government seeks to protect them, and rightly so. Finally over the past few years, the government stepped up, mandating that cats be kept indoors only. However, cats didn’t read the mandate, and cat owners greatly have not complied – at least in some places in the country.

And that’s why in parts of Australia, a sort of bounty of placed on feral cats. As much as anything else, it’s a threat for cat owners to keep owned cats indoors, rather than to solely deal with feral cats.

In Australia cats eat birds too, but like the U.S. feral cats – truth is that birds are not typically number one on the diet list. Studies confirm that yes, cats do kill songbirds. But what they prefer to hunt depends on availability of food, what’s easiest to catch, and even individual preference. This explains the possum problem Down Under, as they are reasonably easy to snatch.

As I offer in my response to the first story by Mr. Kass,  I agree – cats should be kept indoors, for their own safety, because it’s a rude neighbor who allows their cats to use a neighbor’s garden as a litter box and yes – to protect wildlife. 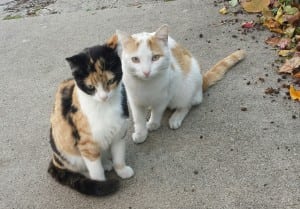 TNR may not be perfect, but it works far better than any method previously attempted, and it’s humane

However, Mr. Kass, in truth, cats in big cities, like Chicago, often get the bulk of their food from handouts, and/or trash outside restaurants. In one study (as just one example), in Georgia, reptiles were the primary source of food. Other studies mostly indicate rodents top the menu for most cats in most places (not birds).

I assume and hope Mr. Kass is joking about his suggested $5 feral cat bounty here, so beautiful songbirds won’t get slaughtered. And a $1 bonus for rat pelts. Yes, he’s being sarcastic, but the inflammatory language might lead people to do crazy things, and perpetuates myths about cats as well as misinformation, which being a famed cat lover, I take seriously.

The current number of birds who reside in the United States is 3.2 billion, and in North America, 5.8 billion (Partners in Flight 2013). If as many birds were being killed as Kass suggests (billions), there wouldn’t be any, or at least very few birds alive today.

In FACT, there may be fewer birds – but cats aren’t the primary problem for our feathered friends.

Let me walk you through this: In the U.S., we know that more people are keeping cats indoors only (where obviously they can not harm birds), and as more people spay/neuter cats (in urban areas like Chicago or New York, nearly all cat owners spay/neuter), so cats who accidentally do get out can not reproduce….all that combined with TNR efforts working – and the end result is that are fewer feral/stray cats outside today compared to say twenty years ago in the U.S.

As researcher Anne Beall pointed out in a guest blog post – by far the most significant problem birds have are humans not cats. We cause habitat destruction, as well as light and air pollution. Those are by far the most significant problems birds really do have. Experts indicate climate change is a factor also now being studied, and likely impacts at least some bird species.

As for the crazy cat ladies Mr. Kass refers to, the suggestion is that the hundreds of thousands people who care for feral or community cats in America (and who knows how many around the world) are crazy ladies. For starters, some are actually men. All are hard working (trapping cats isn’t as easy as it sounds), committed to care for the cats (they have empathy), and help out the community through their efforts, which also benefits public health (since the feral cats in TNR programs should also be vaccinated for rabies). 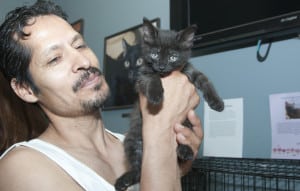 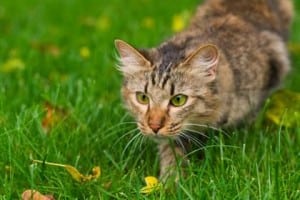 As for using feral cats to help control rat numbers, why not? Listen I am not suggesting that feral or community cats are an absolute solution to all rat problems.

Mr. Kass points out that city rats are sometimes about the size of cats, and we’re talking leopards – or at least it seems that way. Well fed city rats aren’t small. And he questions that cats would attack adult rats. Often they don’t – it’s not like in alleys there are epic battles of rats vs. cats. Generally, the mere presence of cats cause rats to look for safer real estate. Although, feral cats will take young rats.

I’m unsure there will ever be complete eradication of city rats, as Norway rats have exploited people for thousands of years.

Having said that, in Rome, Italy – TNR had been so successful at reducing cat numbers, the rat population has exploded (though there are other reason for that as well).

Experts estimate there are more than two rats for each of the Rome’s 2.6 million residents. That’s a lot of rats. With so many rats, the issue has become a hot political topic. Rome Mayoral candidate Antonio Razzi says, if elected, he will bring import 500,000 cats from Asia and charge them with rat-catching duty. I do hope they are spay/neutered, which brings me to TNR.

Mr. Kass suggests cats lovers put their passion ahead of reality, and that TNR doesn’t work….Well, it does work (and many studies document this fact), though as I said – it may not be a perfect system. The headline is that “Crazy Feral Cat Ladies Want Me Neutered but I have a better plan.” Maybe I missed it – I didn’t see the better plan to deal with cats or rats.

And by the way, Mr. Kass, you are still invited to join me on the radio.