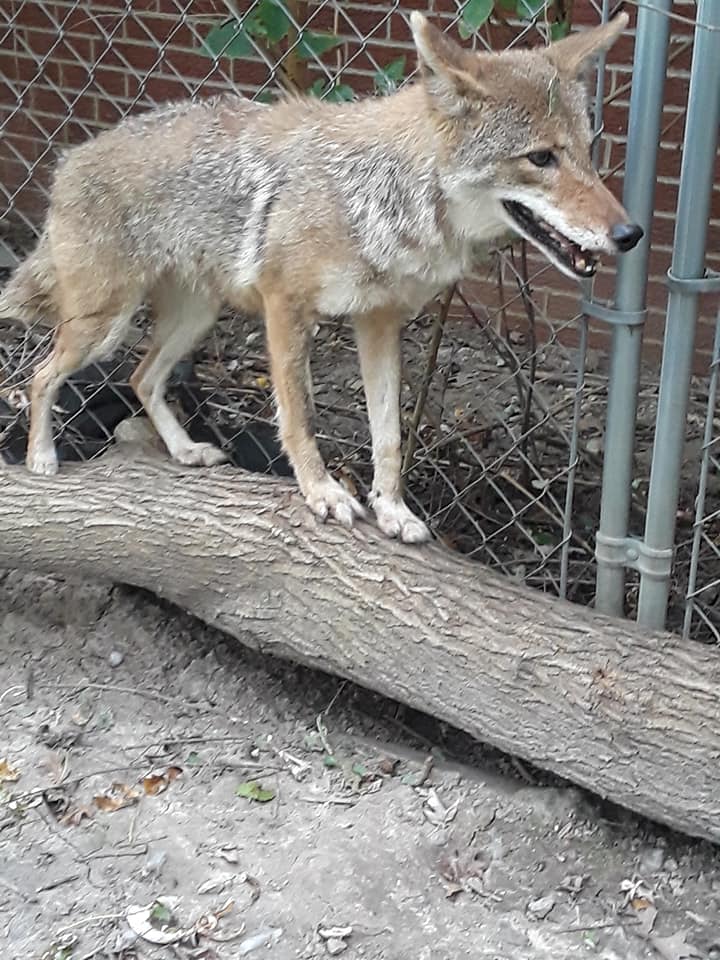 Regarding the four coyotes removed from the home of licensed rehabber Tomi Tranchita which I’ve been covering, on Sunday she posted, “Luna made it to Indiana today. She’s doing so much better. Fresh air, ground beneath her feet, lots of sniffing and looking at new friends. Some stimulation for her FINALLY after the worse 5 months of her life.”

As I’ve written about, and talked about on WGN Radio, because Tranchita didn’t (allegedly) renew a $25 license, four coyotes who had lived with her for 13 years were brutally removed without any warning.

Tranchita only has the animals in the first place because she rescued them as cubs when no one else would. The baby coyotes weren’t supposed to survive, but under Tranchita’s care, they all made it. Now what? Imprinted to humans and without a place to send them, Tranchita agreed to spend several thousand dollars to transform her large yard into a coyote playground. And all was fine – proper licensing and no issues for 13 years, until the Illinois Department of Natural Resources (IDNR) showed up unannounced without a warrant with a gun pointing at Tranchita.

Instead of allowing her to round up her crate-trained animals into their carriers (as dogs are trained), the IDNR with Cook County Animal Control brutally shot the animals at close range with tranquilizers, dragged the coyotes into a waiting truck and needlessly vaccinated them. The trauma no doubt played a significant role in the death of three of coyotes. 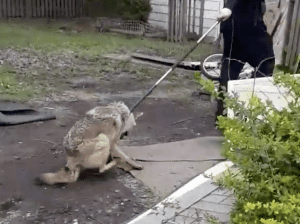 All through the capture, the lead officer allegedly repeatedly joked, “The only good coyote is a dead one.” And conceded he had recently moved into the neighborhood and was annoyed at the howling.

A fourth coyote, named Luna, has hung on and now finally moved to somewhere that knows how to deal with coyotes, and happily for Luna across a state line, into Indiana, where the IDNR has no authority. However, the IDNR has refused to allow Luna return to the only home she had known, back to Tranchita’s yard.

For 13 years the coyotes, who Tranchita raised as cubs, thrived. There was never any problem whatsoever with Federal or State licensing. Even if Tranchita missed renewing that $25 license, the coyotes had done nothing wrong. How did they deserve to die? If you don’t renew your auto license – as one example, maybe you are fined and can still renew. In any case, the car isn’t trashed. Coyotes are living beings – this didn’t need to happen. But IDNR just wants the story to go away.

There is so much wrong about this story. Now, and only now, the IDNR maintains Tranchita didn’t also have a Hound Running Permit, but that permit doesn’t truly apply to her – though this does confuse the matter for IDNR. Also, even if Tranchita didn’t pay the 25 bucks, no one contends there was anything wrong with her enclosure or welfare for the coyotes – not even the IDNR – so why not just allow her to pay late? Or even send a reminder that she needed to renew in the first place?

Tranchita, not knowing what to do, went to court – but the judges have zero coyote expertise or familiarity with the IDNR, and appeared intimidated by the politically powerful IDNR. Why doesn’t IDNR just say they were wrong? It’s awfully clear this never should have occurred. Instead, it’s more important, clearly, for them to save face. Lives of animals clearly don’t matter for an agency empowered (supposedly) to protect our natural resources.