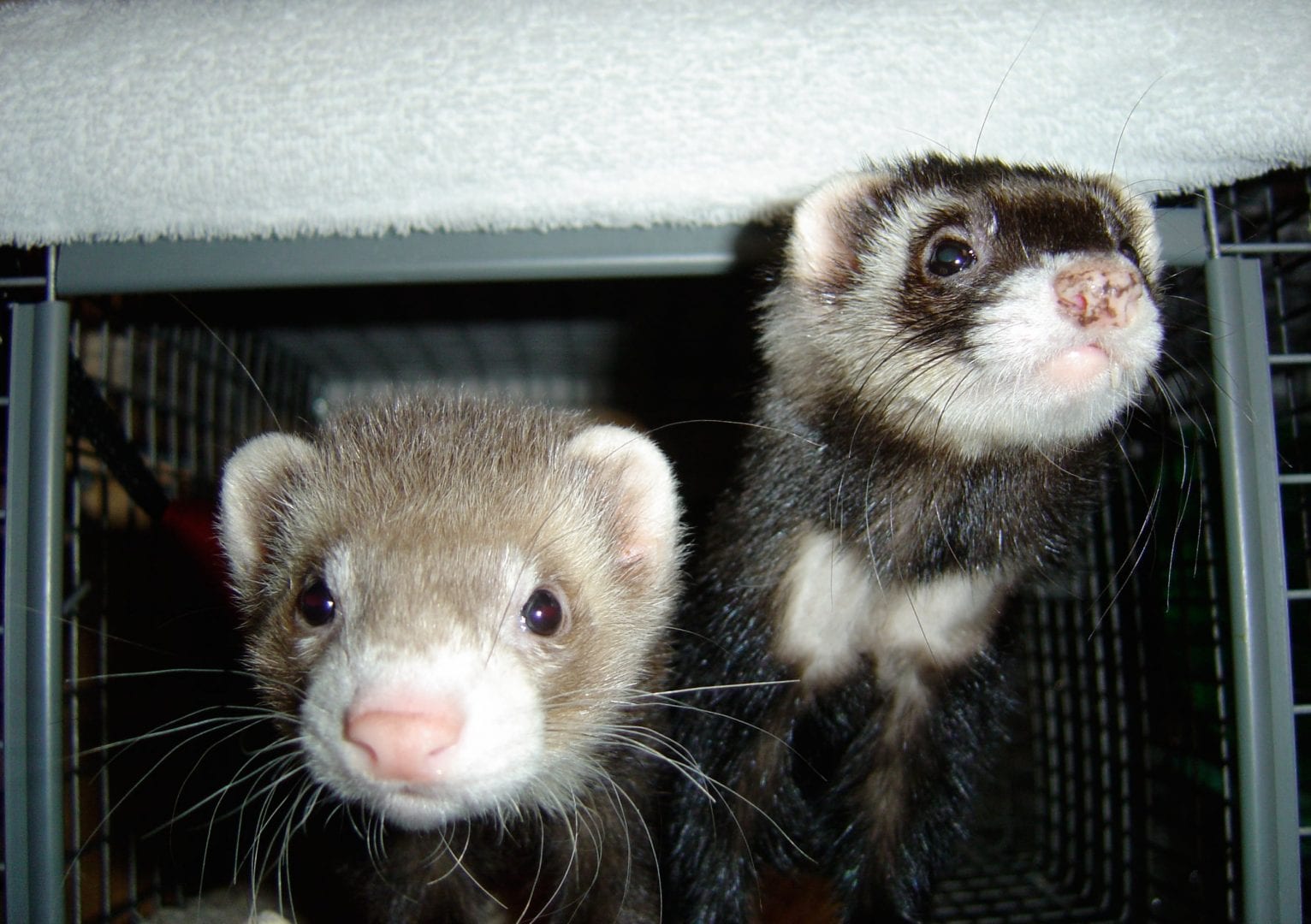 There were two reasons for the recommendation to deny.  As stated in their report:

“Any change to the regulation would require coordination with CDFA (California Department of Food and Agriculture) and the proposed action would effectively eliminate the Commission’s authority to regulate ferrets, with the exception of escaped individuals to the extent those individuals could be shown to have reverted to a wild state.”

Regarding potential impacts to wildlife populations, the report finds that while the establishment of feral colonies is improbable, there is a possibility that escaped ferrets might do significant damage to wildlife, such as ground-nesting birds or listed species, during a period up to a few weeks of survival.”

All I know is that when ferrets get out, they indeed can’t reproduce since pet ferrets are spay/neutered. Unlike domestic cats, domestic ferrets don’t seem to know how to find food outdoors. Also, unlike cats (due to their high metabolism), ferrets can’t survive without food for very long. In fact, they become food – and are quickly hunted by anything from birds of prey to coyotes and foxes to dogs. Many ferrets are trusting of dogs because they live with a dog, but not all dogs are so kind to ferrets. Cars are also a serious threat.

Extreme heat in parts of California, and at some times of the year, cold in other places, can cost a ferret life rather quickly.

In other words, there’s no evidence to show ferrets can thrive, let alone survive outdoors. The concern about threatening birds is quite unlikely, since outdoors, ferrets die very quickly and simply don’t know how to hunt.

Oddly, it was a mistake in the first place that ferrets were deemed illegal in California many decades ago. 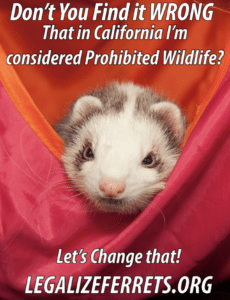 In the 48 states, where ferrets are legal, there are no reported issues with outdoor ferrets, ferret attacks or any other “crazy” concern of what might happen in California. The only other state not to legalize is Hawaii, which is somewhat understandable due to the state’s relative isolation.

In the 1980’s, when pet ferrets became trendy in America – California, the home of all things trendy, jumped on board. With over 250,000 pet ferrets in California, no state has more. But ferret owners in the Golden State risk landlords, ex-spouses or neighbors who want to ‘get back’ at them reporting the ferrets. Once reported, the defenseless animals are confiscated. 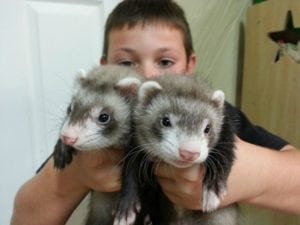 At this point, I fear the California Fish and Game Commission considers supporters of Legalize Ferrets, as “crazy ferret peole.” It’s unlikely they have taken a step back to think about the power of the human/animal bond. The same way they are bonded to their dogs or cats, people do bond with ferrets. And European ferrets are IN FACT domestic pets, just as dogs and cats are.

While ferrets may not be your choice as a pet – I do believe that as long as there is no danger to the public or wildlife, any domestic animal should be allowed. In fact, there are many proven benefits to pet ownership where there is a human/animal bond.

Also, I continue to ask (among other questions) why it is that California Fish and Game is overseeing a pet, a domestic animal. Ferrets are neither fish or game. Indeed, in California, things are done differently.