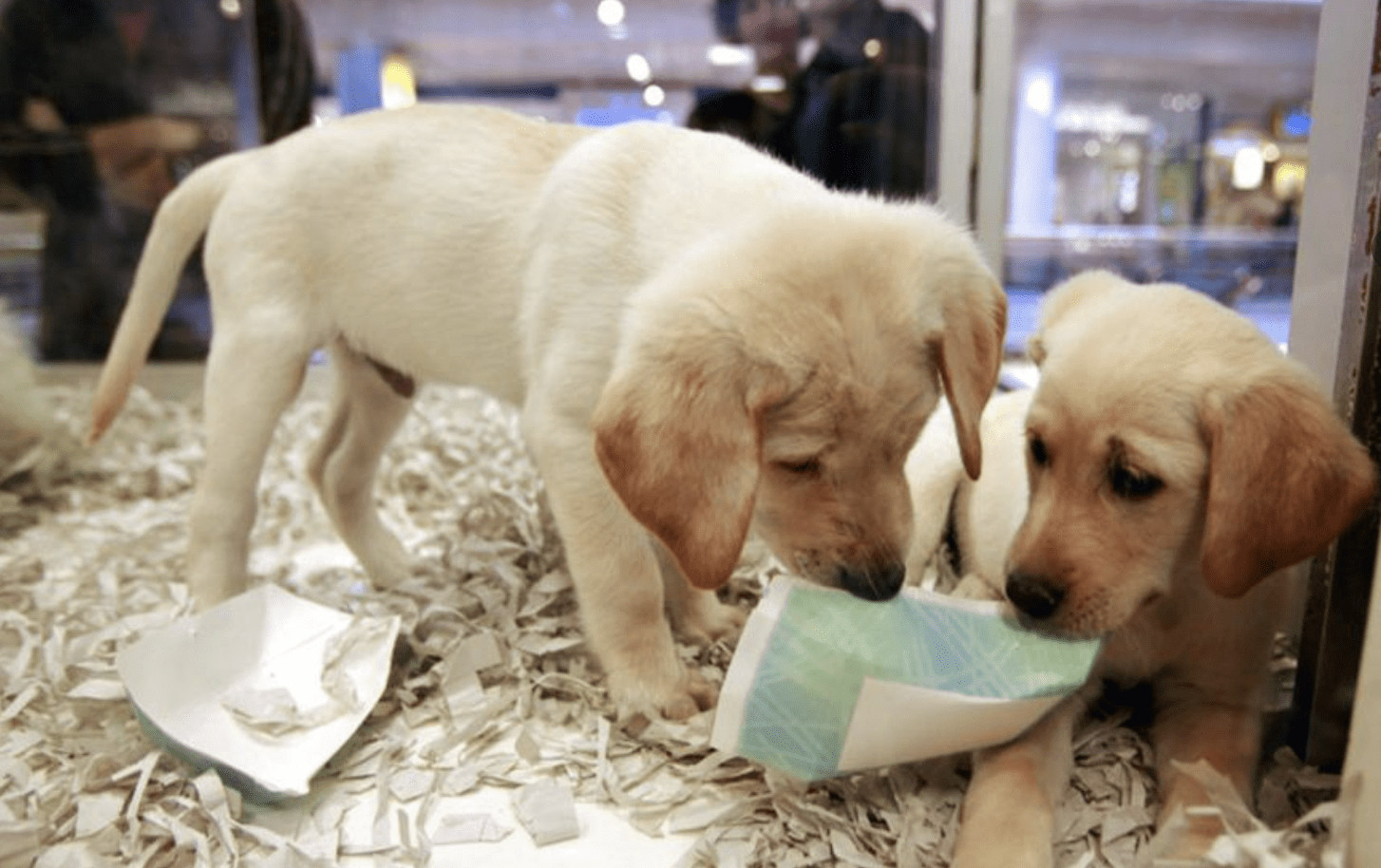 So, why wouldn’t you buy a puppy at a pet store? Can you say puppy mills? These horrific places and commercial mass production is where all dogs or cats from pet stores are sourced (unless from a reputable shelter or rescue who happen to adopt via a pet store). Now, the Centers for Disease Control and Prevention has weighed in. CDC and public health officials in several states are investigating a multi-state outbreak of multidrug-resistant Campylobacter jejuni infections linked to puppies purchased from pet stores.

The American Kennel Club and Pet Industry Joint Advisory Council continue to strongly support pet store purchases of these factory bred puppies, and fight laws which ban pet store sales. While the CDC advisory just occurred, also it’s interested to note that at least as of this moment no mention of the advisory on either of their websites. Note, Campylobacter jejuni is a concern for humans, not only dogs. What’s more, this is a multi-drug resistant form.

Now, the CDC offers their concerns as a result of an ongoing outbreak. This is word for word from the CDC: