Your Cat Won't Make You or Your Kids Crazy 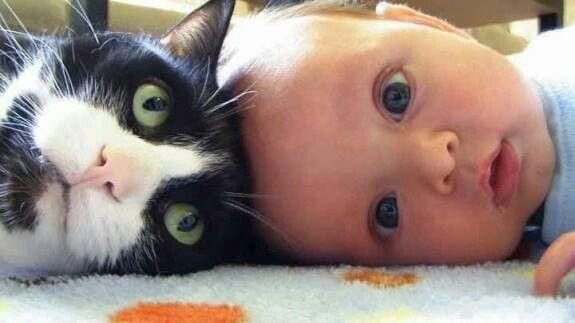 Cats are known to carry a parasite, which a few studies linked to symptoms of psychosis in humans, and past studies have suggested that kids who grow up with a feline pet are more likely to have mental health issues. Common sense and experience demonstrates that the opposite is, in fact, true – that like growing up with dogs is beneficial, so is growing up with cats.

A new study casts further doubt that is there any connection between cat ownership and an increased risk of mental illness.

“The message for cat owners is clear: There is no evidence that cats pose a risk to children’s mental health,” study lead author Francesca Solmi, a researcher in the Division of Psychiatry at University College London (UCL), said in a statement.

This is all about a parasite called Toxoplasma gondii. It’s this parasite that’s been linked with the development of schizophrenia and symptoms of psychosis, such as hallucinations. Several earlier studies, including research published in June 2015 in the journal Schizophrenia Research, have also found a link between owning a cat in childhood and developing schizophrenia or other serious mental illnesses.

The researchers also interviewed the children at ages 13 and 18, to assess whether they had experienced psychosis symptoms, including delusions, hallucinations and intrusive thoughts.

There was no link between cat ownership and symptoms of psychosis at ages 13 and 18.

Another strength of the new study is that it followed participants forward in time, whereas some previous studies have asked adults to think back to details about their childhood. The latter method is a less reliable way of collecting data, because people may not accurately remember such details, the researchers said.

The new study did not directly measure T. gondii exposure, but the researchers say their results suggest that if the parasite does cause psychiatric problems, their study suggests that cat ownership doesn’t significantly increase the risk of exposure to the parasite.

Now, it is known that cats do potentially transmit toxoplasmosis, and that may be dangerous to pregnant women and their unborn babies under a specific set of circumstances.  It’s known as more cats are maintained indoors only and not exposed to the organism, the number of instances of toxoplasmosis in cats must be on the decline anyway. This doesn’t mean that pregnant women shouldn’t take precautions. However, common sense should prevail over giving up the cat, or even accusing a cat.