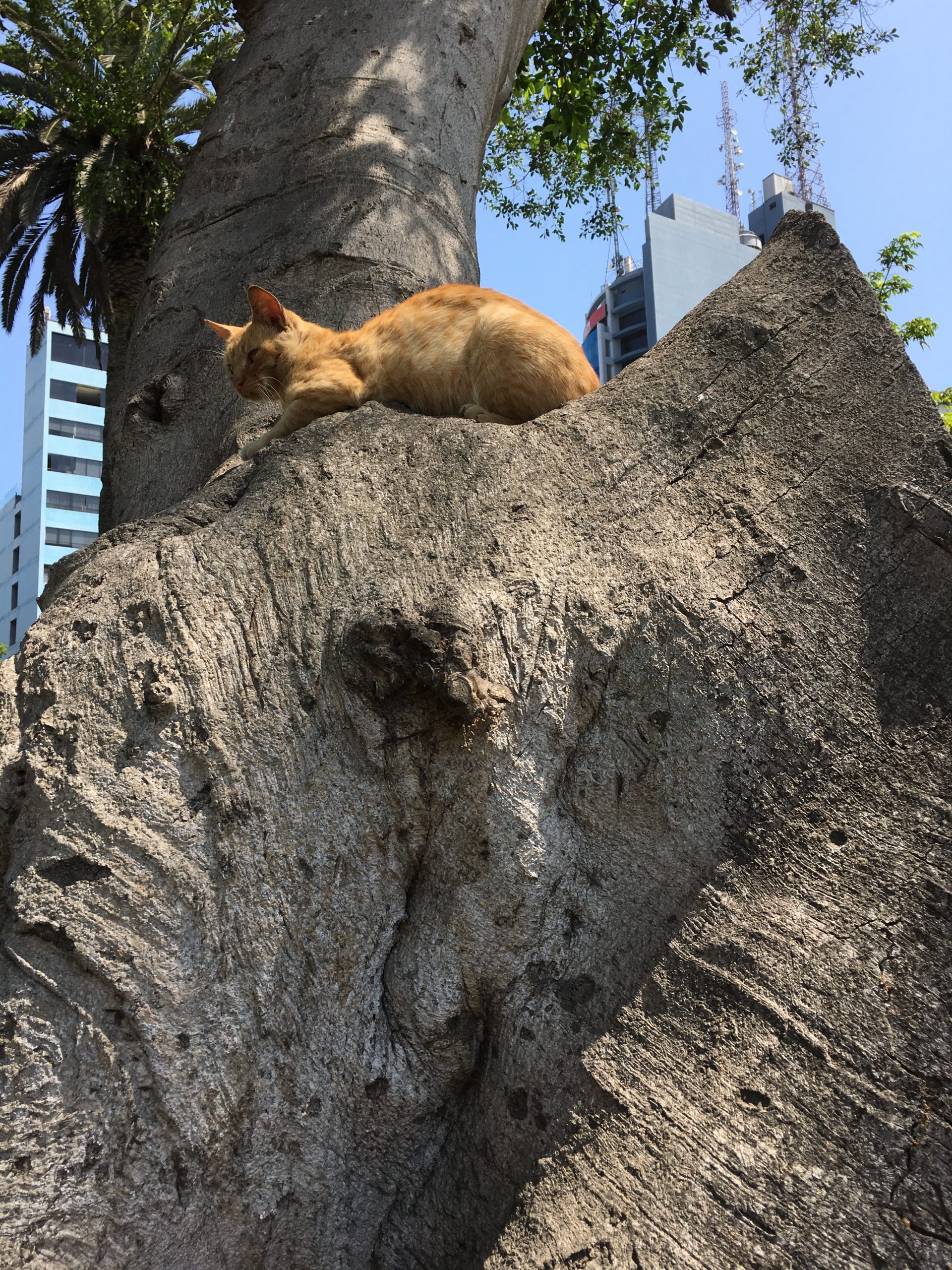 Increasingly people do keep their cats indoors only, 71 percent according to the American Pet Products Association. Still, millions of cats are indoors-outdoors, and indoor cats can get out. Cats being cats will climb trees in pursuit of a bird, or sometimes just because they enjoy climbing. The problem isn’t so much going up, it’s getting down. 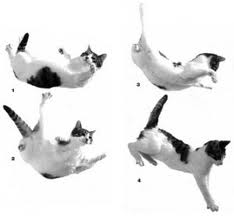 Cats can land on all fours. Domestic cats do innately have a sixth sense in their brain for equilibrium that allows them to right themselves in mid-air as they fall. However, today as many as 60 percent of cats are overweight or obese and these cats may no longer to perform mid-air summersaults. Elderly cats also may also have lost this agility.

Here’s an amazing stat: It is possible for a cat to survive at a velocity of 60 miles per hour, as demonstrated by a study done on 132 cats that fell an average of 5.5 stories, published in The Journal of the American Veterinary Medical Association. Of the cats studied, 90 percent survived, albeit many required significant medical attention. That’s from 5.5 stories, but from 20 floors up, cats are very unlikely to survive.

However, don’t encourage the cat to take a leap from the tree.

Even when cats do land on all fours, legs are often broken in the process. Commonly, the force pushes their neck and head to keep going until the jaw hits the ground, and broken jaws are not infrequent when cats take a free fall. 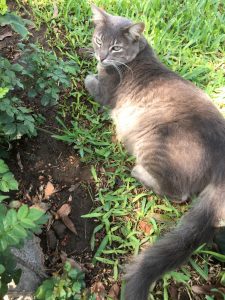 For cats falling from fairly low branches on a tree, the equivalent of one or two stories up, it’s close enough to the ground that they may not have time to turn around in midair and land on all fours, which also causes injuries.

In short, while cats have more protection from falls off balconies or ledges than dogs or people, injury or death may still occur. It’s called high-rise syndrome when windows aren’t secured and cats fall out or take a dive off a balcony chasing a bird or butterfly.

So, what do you do about those cats up a tree? Shake them loose, and hoping the cat survives the fall or encouraging the cat to dive down is never a good idea! 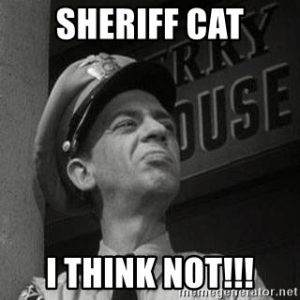 Unless you get Sarah, the Mayberry operator, you’ll likely hear a bemused operator ask, ‘You’re kidding?’ If you do convince emergency personnel to respond, there may be a fee. Barney Fife won’t rescue the cat.

​The best advice: Be patient. Veterinary ER clinics rarely report treating cats who have fallen from trees. Emergency rooms do treat people who have fallen trying to rescue feline friends. Entice kitty with tuna, sardines or salmon at the base of the tree. . .  wait for hunger to overcome fear.

Or keep your cat indoors only in the first place.