Cats Are Safer Indoors Only 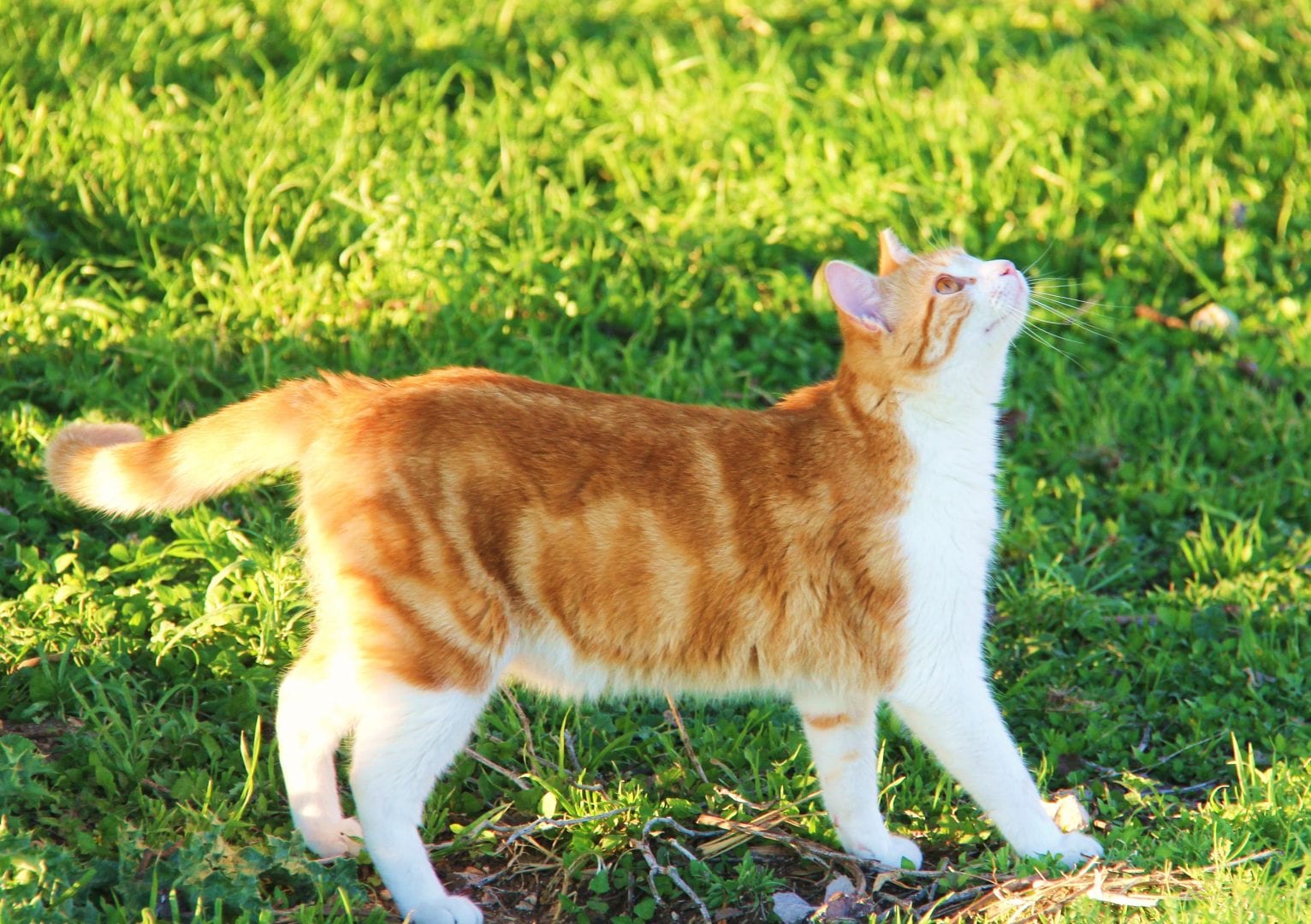 At a time when outdoor cats are coming under attack, I defend humane treatment of outdoor cats and support humanely minimizing their numbers implementing trap-neuter-return….Still,  I do want to point out that it’s important that we keep cats indoors only in the first place.

We don’t allow dogs outdoors to roam neighborhoods; we should – whenever possible – keep cats indoors only (and simultaneously enrich their indoor environments). 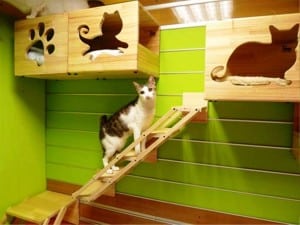 Life can be interesting and fun for indoor cats

I realize some cats have been outdoors their entire lives. We find them – and being friendly and insistent, they adopt us. We take them in because we have big hearts.

Some of these individuals appear grateful to now be kept inside only (unfortunately not all cat owners encourage this), but many of these cats demand in no uncertain terms to be allowed outdoors daily.

I get that – but also know that with an enriched indoor environment, and people being as persistent as their cats, gradually these cats can be kept indoors for more and more time, until they transition to living inside only.

Why is this so important, particularly if cats are indeed spay/neutered so they can’t reproduce outside?

There are a myriad of available calculations regarding the lifespan of indoor only cats vs. cats that are indoors and outdoors. According to cat researcher Bryan Kordis  author of the “TNR Handbook,” the average life of cats spending time outdoors is reduced by about four years.  That’s certainly significant if it is your cat.

Cats are thought to be self-sufficient. Not true. Here’s an alphabetical top-12 of what outdoor cats have to deal with (and this list isn’t even complete):

There are other reasons to keep cats indoors as well:

Allowing cats to use neighbor lawns as their litter boxes is just plain rude. Also, cats may use neighbor cars as a playground, scratching the car in the process. More commonly, just being in front of a neighbor’s home (perhaps more likely to appear knowing there are cats indoors in that home), those indoor cats may begin to spray in response. Inappropriate elimination is the most common explanation for relinquishing cats. There are people who give up on their indoor cats, all because of outdoor cats – it happens all the time.

I am not ignoring the wildlife issue. Cats do eat wildlife, though managed trap-neutered-returned colony cat hunt far less, and sometimes not at all.

What cats eat is whatever is easiest for them to catch, based on what’s abundant where they happen to be geographically – and mostly the answer are rodents (of one kind or another). This is an accepted fact.

In big cities, the answer for lots of cats – as their most common food source – may be trash in alleys combined with handouts, as well as city rats. In one study, for example, lizards topped the preference list. Cats do certainly eat birds, but those numbers are often exaggerated.

No matter how well fed cats are, cat owners know some individuals still hunt. They are, after all, still cats (with a hard-wired prey drive). So, here are some facts, rather than conjecture: Either well feed indoor-outdoor cats, or outdoor colony cats supplemented with plenty of food may or may not hunt. Studies demonstrate many cats given meals don’t hunt. Others are overweight or obese, and not capable of hunting effectively. 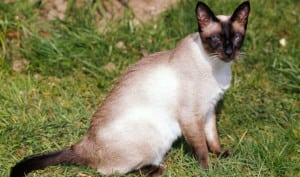 Some overweight outdoor cats are a tad to portly to hunt

Some indoor/outdoor cats and some outdoor only well fed cats, do capture prey – sometimes traumatizing the bird or mouse, but not eating it (that traumatized animal may still die).

However, if a cat is indoors only or if more cats are TNR’d and feline populations decline, less wildlife is killed.

The bottom line is that kept indoors only, cats you are a better neighbor, and cats do live longer healthier lives – as the laundry list of dangers simply don’t occur to cats inside only.