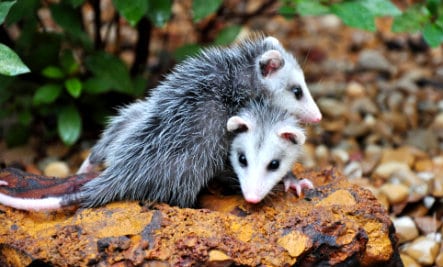 Just about every creature has a place – that includes the opossum.

Experts concur that today there are more ticks in more places in America than ever (even pre-pilgrims), which means more tick disease too. And the ticks are spreading, and the disease is spreading too! 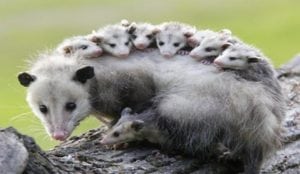 Our dogs are as prone as we are, except we can do much to protect them – with products (including new technology like Bravecto) to a vaccine specifically for Lyme disease.

We don’t have those things to protect ourselves. But now there’s a new defense in the fight against ticks, opossum.

It turns out that the opossum like to eat ticks. One opossum may devour thousands of ticks a year, quite the ticky appetite.

Rick Ostfeld, author “Lyme Disease: Ecology of a Complex System,” and a senior scientist at the Cary Institute of Ecosystem Studies, explains “Because many ticks try to feed on opossums and few of them survive the experience. Opossums are extraordinarily good groomers it turns out – we never would have thought that ahead of time – but they kill the vast majority – more than 95% percent of the ticks that try to feed on them. So these opossums are walking around the forest floor, hoovering up ticks right and left, killing over 90% of these things, and so they are really protecting our health.” 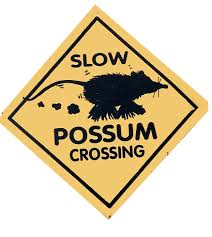 It’s in our best interest to have opossum neighbors. Avoid hitting opossum with your car (a significant cause of death). Of course, you might not know if the opossum is really dead – because one opossum can fake several funerals in a lifetime.

Celebrate the opossum – cheer them on! No opossum eulogies – we want to see the ticks devoured!