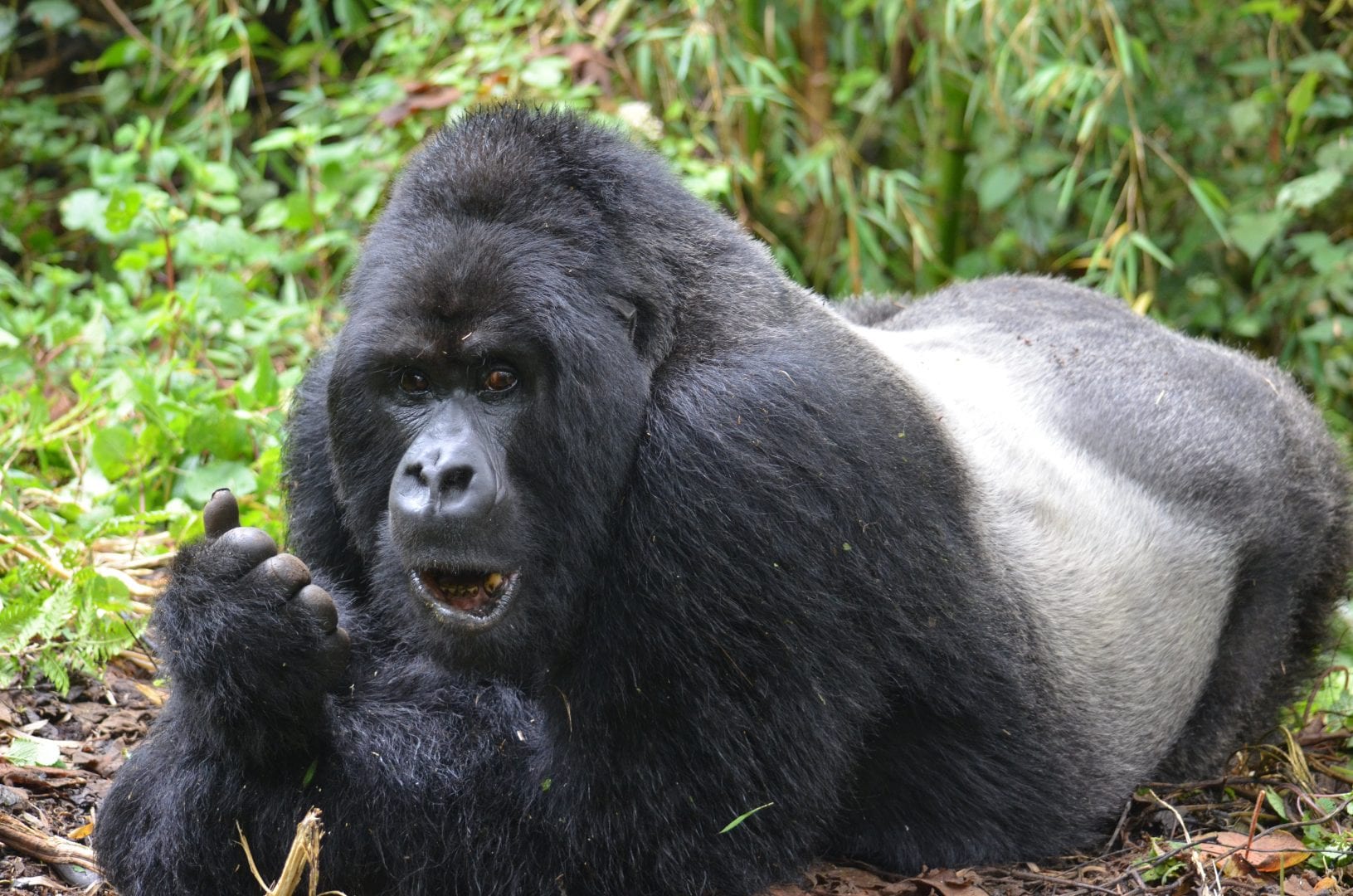 First the good news: The Mountain Gorilla species are holding their own, even gradually building on their numbers in places. They are the only great ape species (all are endangered) that can make that claim. That is solely because of the Mountain Gorilla Veterinary Project (or Gorilla Doctors), and because of tourism in two of the three countries where the mountain gorillas live, in Uganda and especially Rwanda. There aren’t too many visitors to the Republic of the Congo due to safety concerns. I’ve been to Rwanda, and I know how safe that country is – particularly with escorts, which are the only way to see the Gorillas up close and personal anyway, such as Ecotours.com.

So, here’s why the Mountain Gorilla are doing well. As of a few years ago, there were 250 Mountain Gorilla in Rwanda (today there are more). And the nation earned $250 million in tourism dollars. So each Gorilla is worth a cool million! 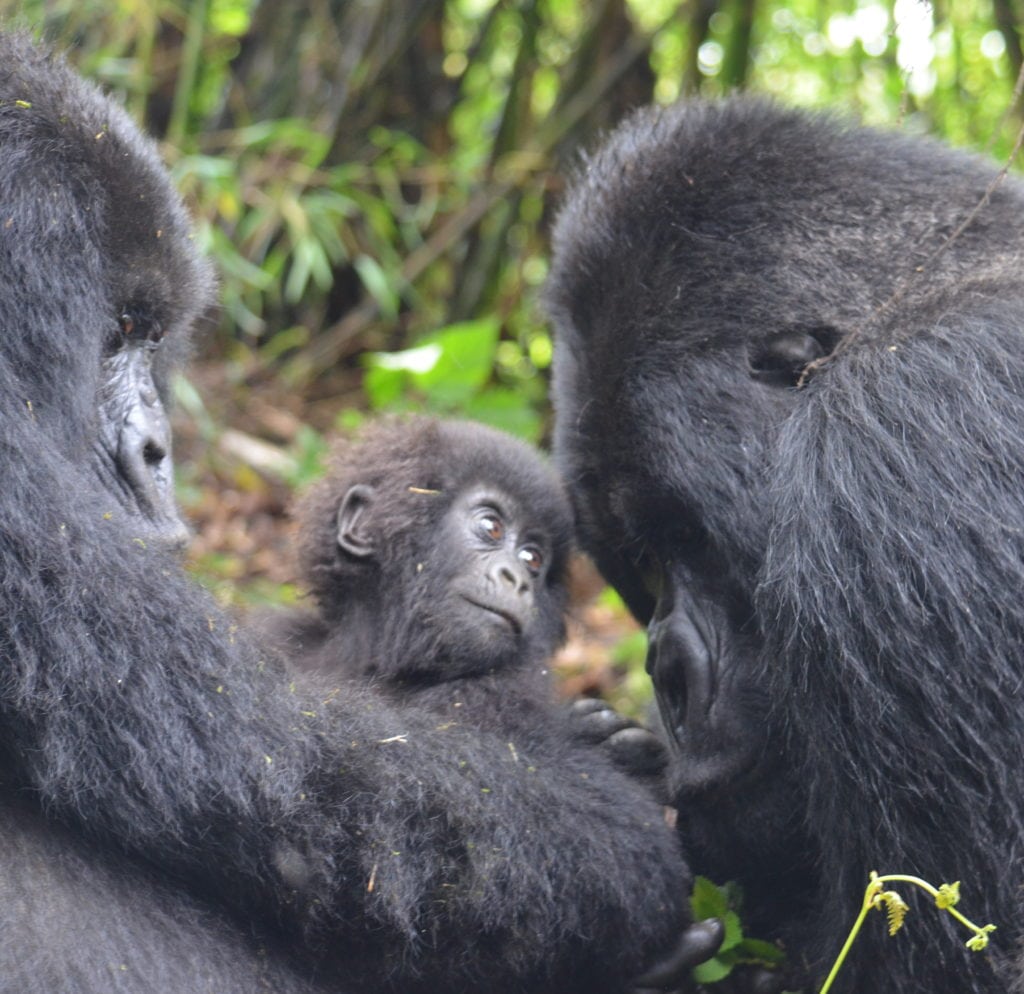 No wonder, they’re protected. Poachers are rarely interested in catching Mountain Gorilla these days in Rwanda, and Ugandans have a similar mindset to protect their valuable economic resource.

So, gradually – numbers are on the rise. However, being on mountains, should something occur to even a single family group – let alone several families, such as disease – they’re in big trouble. So, Mountain Gorilla, while holding their own, aren’t out of the woods. 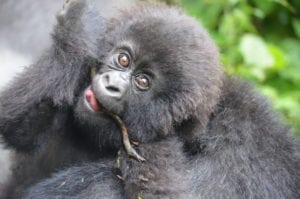 Now, the bad news – a look at the other Gorilla species/subspecies:

Western Lowland Gorillas can be distinguished from other gorilla subspecies by their slightly smaller size, their brown-grey coats and auburn chests. They also have wider skulls with more pronounced brow ridges and smaller ears. You never see Mountain Gorillas in zoos, but often times these guys are in captivity. Because of poaching and disease, the Gorilla’s numbers have declined by more than 60 percent over the last 20 to 25 years. Even if all of the threats to Western Lowland Gorillas were removed, scientists calculate that the population would require at least 75 years to recover. 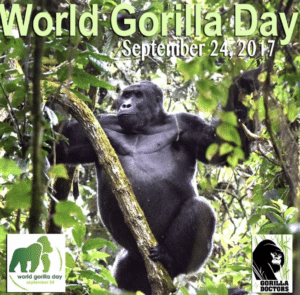 Eastern Lowland Gorilla—also known as Grauer’s Gorilla—is the largest of the four gorilla subspecies. It is distinguished from other Gorillas by its stocky body, large hands and short muzzle. These guys nearly share territory with the Mountain Gorilla. Years of civil unrest in the Democratic Republic of Congo have taken their toll, though veterinarians that are a part of the Gorilla Doctors do frequently help as they can.  This subspecies may now occupy only 13 percent of its historical range. There were nearly 17,000 eastern lowland gorillas in the mid-1990s but scientists estimate that the population has declined by more than 50 percent since then. An accurate accounting of the animals has been impossible for many years because of violence in the region.

Cross River Gorilla – This subspecies of the Western Gorilla is very similar in appearance to the more numerous Western Lowland Gorilla, but subtle differences can be found in the skull and tooth dimensions. Cross River gorillas live in a region populated by many humans who have encroached upon the Gorilla’s territory—clearing forests for timber and to create fields for agriculture and livestock. Poaching occurs in the forests as well, and the loss of even a few of these Gorillas has a detrimental effect on such a small population, not to mention possible future genetic issues due to the limited gene pool.

Gorilla Doctors regularly monitors the health of Gorilla groups to ensure the early detection of disease and injury among Mountain Gorillas and Grauer’s Gorilla. When Gorillas suffer from human-induced or life-threatening trauma or disease, the team stages medical interventions to save their lives. While circumstances vary for each case, generally animals suffering from infectious disease are darted with antibiotics and injured animals are anesthetized and treated in the forest.

Incidentally, the ecotourism dollars infused into these African countries to see the Gorillas also help children as some of the money goes to schools, and assist with infrastructure, and helps Rwanda and Uganda in other ways as well.

And what about you?

I’ve done it – and the experience of seeing habituated Mountain Gorillas up close and personal without bars or cages is life-changing, it’s downright inspirational. It’s not inexpensive to fly to Africa to do this….but well worth the adventure. Even if you can’t make the trek to Africa, perhaps you can support those who protect the Gorillas. The Mountain Gorilla Veterinary Project is a non-profit, and greatly depends on private contributions.

Imagine coming face to face with your wild cousins

Silverback Mountain Gorilla and baby, check this out:


Too cute – Mountain Gorilla baby climbs on a different kind of mountain, mom