Chicago Can Be a No Kill City: Politics Tonight 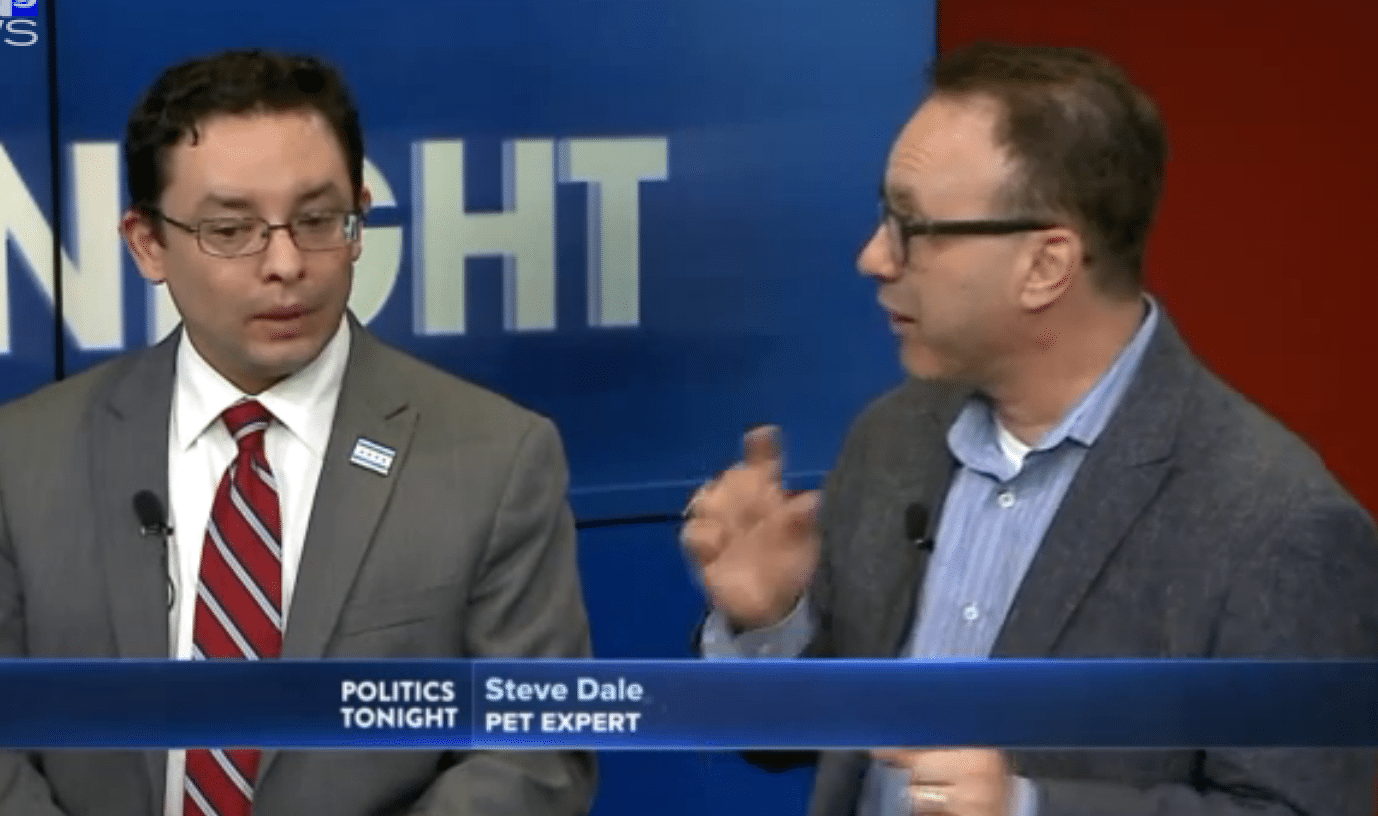 Can Chicago be a No Kill city? Alderman Ray Lopez (15th ward) and Alderman Ed Burke (14th ward) believe so – and I agree. Lopez and I appeared on Politics Tonight with Paul Lisnek to talk about that, and also a proposal to ban tethering dogs (for two hours or more), and another proposal to scan lost dogs instantly for a microchip, and attempt to return the dog without the dog first being taken to animal control.

I love all these ideas:

You can’t just legislate No Kill which I agree is a marketing term. Still, the time has come for Chicago, but must also include real programs , and it will take a village – a coalition of shelters and rescues – determined to make the difference. No one shelter can possibly do this alone. But Lopez, I believe, has the right idea, as he wants a input from various area shelters and rescues to advise him.

Some cities that have banned tethering or chaining dogs in yards have five or ten paragraph descriptions of their ordinance. Chicago’s ordinance will be short and sweet – ‘Don’t do it!’ at least not for over two hours.

Scanning dogs for microchips instantly after being found makes perfect sense, rather than using staff time and valuable space at animal control – where it’s possible the animal may never be recovered.