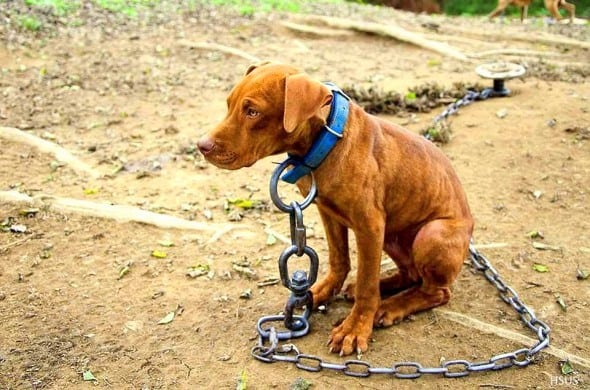 Chicago is one of the few cities where it’s technically illegal to tie-out your dog in front of Starbucks or a convenience store. I participated to write this into city ordinance several years ago. Now, Ald. Ray Lopez (15th ward) is supporting an addition,  to make it illegal to “stake out or tie out (or tether) any dog, regardless of gender, on private property for than two consecutive hours.” This addition not only supports humane treatment of animals, but also will save lives, helping to move Chicago toward a No Kill goal.

Here’s why I fully endorse this addition: 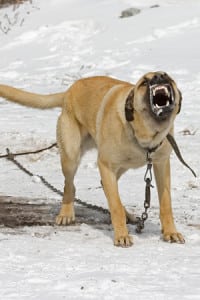 Perfectly sweet and wonderful dogs may be transformed (at least when tethered) into aggressive and dangerous dogs and develop territorial and/or barrier aggression.  As dogs pull to the end of the chain or rope to get to people it hurts. These dogs may associate the pain with greeting people. Tethering also interferes with a dog’s natural flight or fight response, forcing “fight.” Chained dogs are nearly three times more likely than untethered canines to bite humans.

People will chain out dogs purposefully as guard dogs. Some of these dogs are temperamentally unsound, and unsocialized – when an unknowing child or delivery person enters to where the tied-out dog can get to, a dog attack may occur.

The U. S. Department of Agriculture (USDA) issued a statement in the July 2, 1996, Federal Register against tethering: “Our experience in enforcing the Animal Welfare Act has led us to conclude that continuous confinement of dogs by a tether is inhumane. A tether significantly restricts a dog’s movement. A tether can also become tangled around or hooked on the dog’s shelter structure or other objects, further restricting the dog’s movement and potentially causing injury.” 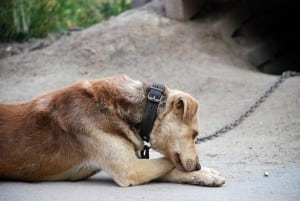 Indeed dogs may choke to death tied up on a rope or tether, or suffer wounds in attempts to get away.

Backyards are not babysitters for dogs – as tethered dogs are more likely to be kept outdoors longer, more likely exposed to extreme hot or cold weather, and without shelter – kept in inhumane conditions.

In addition to the psychological damage wrought by continuous chaining, dogs forced to live on a chain make easy targets for teasing from insensitive humans, stinging bites from insects, and, in the worst cases, attacks by other animals. Chained dogs are also easy targets for thieves looking to steal animals for sale to research institutions or to be used as training fodder for organized animal fights. 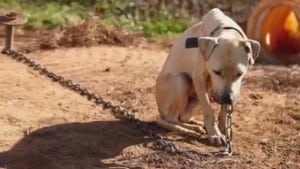 Tied out dogs may get loose, and therefore lost, landing at Animal Care & Control, or to get hit by a car. Unsupervised roaming dogs are statistically more likely to be involved in dog attacks on people.

Tied out dogs often spend hours barking, annoying neighbors, creating calls to police and most of all illustrating the unhappiness or displeasure of these individual dogs. They’re barking for a reason, from boredom to absolute despair.

Some ordinances offer great detail, suggesting what circumstances or not tying out or tethering a dog is legal or illegal. The Chicago proposal is short and sweet: Don’t do it.

I’m in full support of this proposal, which will enhance public safety, mean fewer dogs are given up to animal control or land there after escaping a chain or tether, and most of all supports humane treatment of dogs.