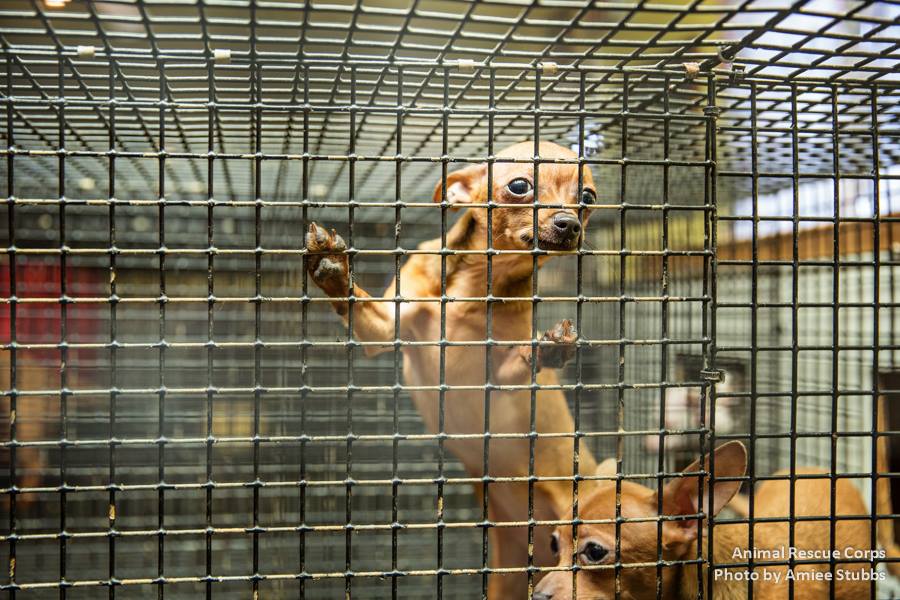 Chicago banned the sales of dogs, cats and rabbis at pet stores back in 2014. Chicago’s not alone, today . over 350 communities around the nation as well as several counties and even entire states have banned sales of dogs and cats (and often rabbits) at pet stores.

The entire movement really began by concerned groups of pet parents – just sick and tired of puppy mills, and among those leading the charge was the Puppy Mill Project, and its founder Cari Meyers of Chicago.

However, in Chicago, a couple of pet stores have circumvented the law by calling themselves non-profit rescues. Creative, yes but the dogs lose. 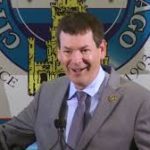 Chicago Alderman Brian Hopkins (2nd Ward) is about work with his colleagues to close the ordinance loophole that allows for this imaginative way to avoid the city ordinance, which was passed by a 49 to 1 vote.

Veterinary Professionals Against Puppy Mills formed because for ethical reasons, and also that  it’s clear dogs sold at pet stores are more likely to suffer behavior and medical issues. Numerous studies demonstrate this.

Now, there’s additional data on the topic. According to a piece in Companion Animal Psychology, “Data from seven published studies using surveys of dog owners suggest that dogs sold through pet stores and/or born in high-volume commercial breeding establishments have an increased frequency of a variety of undesirable adulthood behaviors compared with dogs from other sources, particularly noncommercial breeders. The most common finding (86 percent) was an increase in aggression directed toward the dog’s owners and family members, unfamiliar people (strangers), and other dogs.”

This is relevant, as behavior is the number one cause of death in companion animals. When the human animal bond fractures, the result is often a trip to the shelter. What’s more, dogs “guilty” of aggression to humans may be euthanized on intake. Most dogs that are aggressive to people and/or other dogs are, in fact, fearful. 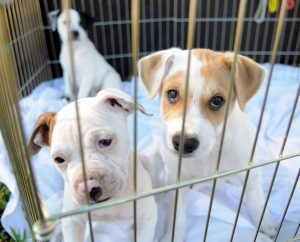 According to researcher and animal welfare specialist Dr. Frank McMillian of Best Friends Animal Society, the most significant explanation is a lack of socialization as a puppy.

Inappropriate or too little socialization in puppies has been now shown in a myriad of studies to cause behavior problems, particularly fear aggression, even dating back to John Fuller and John Paul Scott’s ground-breaking work in the 1960’s and Dr. R.K. Anderson’s published papers into the early 1970’s. Dr. Anderson once told me, “If you can give your puppy one gift, it’s early socialization; puppies from puppy mills tragically don’t get that or even appropriate veterinary care.” 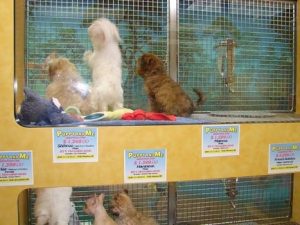 In the Companion Animal Psychology report, McMillan goes on to say, “Commercial breeding establishments are characterized by large numbers of dogs, maximal efficiency of space by housing dogs in or near the minimum space permitted by law, breeding dogs spending their entire reproductive lives in their cages or runs, group and solitary housing, dogs rarely if ever permitted out of their primary enclosures for exercise or play, no toys or enrichment, minimal-to-no positive human interaction/companionship, and inadequate health care. Commonly reported conditions present in many but not all commercial breeding establishments include cage flooring made of wire mesh, accumulation of feces, ammonia odor, no windows and poor ventilation, inadequate protection from inclement weather and temperature extremes, insufficient or contaminated water and spoiled food, serious untreated medical conditions (e.g., advanced dental disease), extensive matting of hair, commonness and apparency of stereotypical behaviors, evidence of starvation, and presence of deceased adult dogs and puppies.”