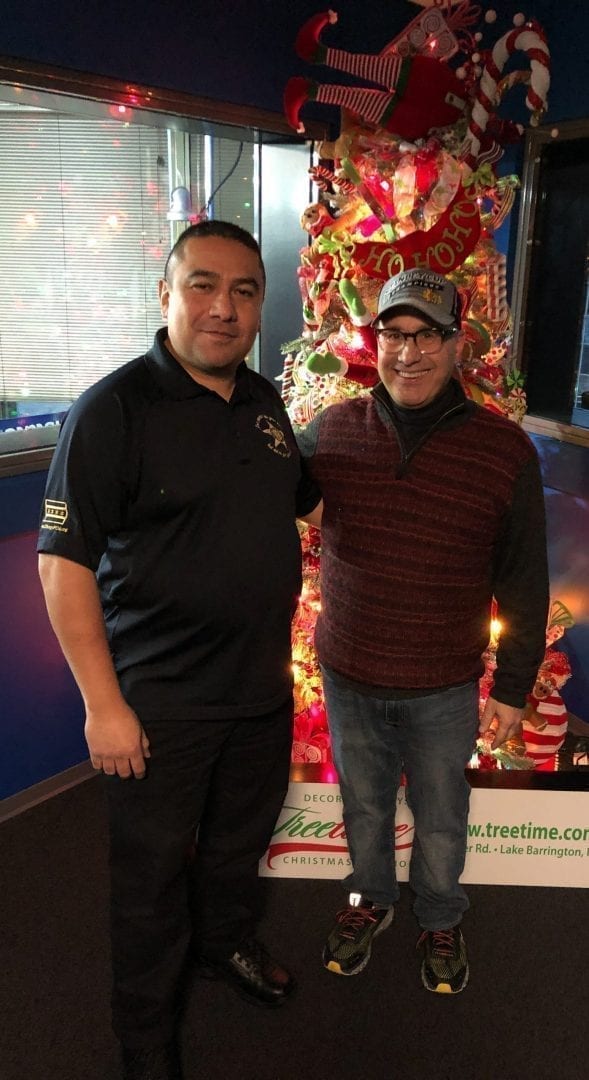 Chicago Police Department Chaplain Robert Montelongo joins me HERE on WGN Radio, as I filled in for Roe Conn.

Montelongo talks, for starters, about what chaplains for he Chicago Police Department do.

We talk about the increasing suicide rates, not only among law enforcement in Chicago but all around the country.

I asked what is the best thing and the worst about being a police officer. I suggest police daily see the best and the worst of the human condition, and Montelongo agrees.

Chicago gets so much bad press as the most crime ridden city when actually lots of cities sadly see far more crime compared to Chicago. Here’s the list I used, other lists are similar. In actually, lots of Florida cities are toward the bottom of the list, having lots of crime and more crime than Chicago Among the cities deemed less safe include Los Angeles.

We need for people to step up and if you see something/know something – do so, and you can anonymously.

Should we be thanking the police for what they do daily? I think so, and say why.

When Colorado passed their act to legalize cannabis warned other states to be more proactive so there aren’t more accidents – often fatal accidents – involving users of cannabis.

Kelly, for starters, explains what the law really says, and what the limitations are regarding cannabis. For example, out of state residents have different limitations compared to people who live in Illinois. As a consumer, it’s your responsibility to know and understand the law.

Obviously, driving around being high is unsafe to you and other drivers – and Kelly explains that despite what’s been reported there is an easy way for law enforcement to easily measure if you’ve had too much cannabis and you’re behind-the-wheel you’re subject to arrest.