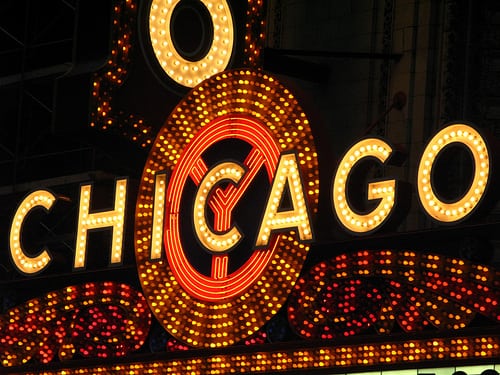 I saw a post on Facebook nearly a year ago, about a pedestrian hit by a taxi and helped out by strangers on the street; it was hashtagged ChicagoPride.

Just after seeing that, I was filling in on WGN radio -hosting a general program. A listener called from Milwaukee telling me how much she loved to visit and shop on Michigan Avenue, but she can’t do that anymore

She said, she wouldn’t feel safe. I tried a dispel her fears. I’m not sure I was successful.

After that program I thought everyone’s trash talking about Chicago, from Jimmy Fallon to Donald Trump and I’m tired of it. There’s good that happens every day in our city, from police officers saving lives and catching bad guys….to adopting a kitten from animal control. This is the City where Barack and Michelle fell in love, and the City of some of the greatest restaurants in America.

It’s the City with (what I believe) is the greatest skyline in the world. And it’s a City where people care about one another.

With Alderman James Cappleman, we changed the Hashtag to #ChicagoProud. And Ald. Cappleman (46th Ward) began to use the hashtag, as did I.

Since then nearly all of the City’s 50 Aldermen has signed on to the idea. Hard to believe anyone in the City wouldn’t want to support and promote our great City…whether it’s Montrose Dog Beach in Uptown best dog beach in America, the best taco you’ve ever eaten in Pilsen, a kid getting all A’s in school in Roseland, or the Cubs winning the World Series…..While we are a city of neighborhoods – we are one City. And good happens many times every day that won’t be covered in the media. But we can all ‘cover it’ in social media. Chicago residents can control our own PR destiny.

I am aware of the possible teacher strike, violence in the streets, and much more….but I am also aware that there is a lot of love here, much good news that’s not being talked about. So, let’s do it – take a picture,post on Facebook, Instrgram and/or Twitter and #ChicagoProud.