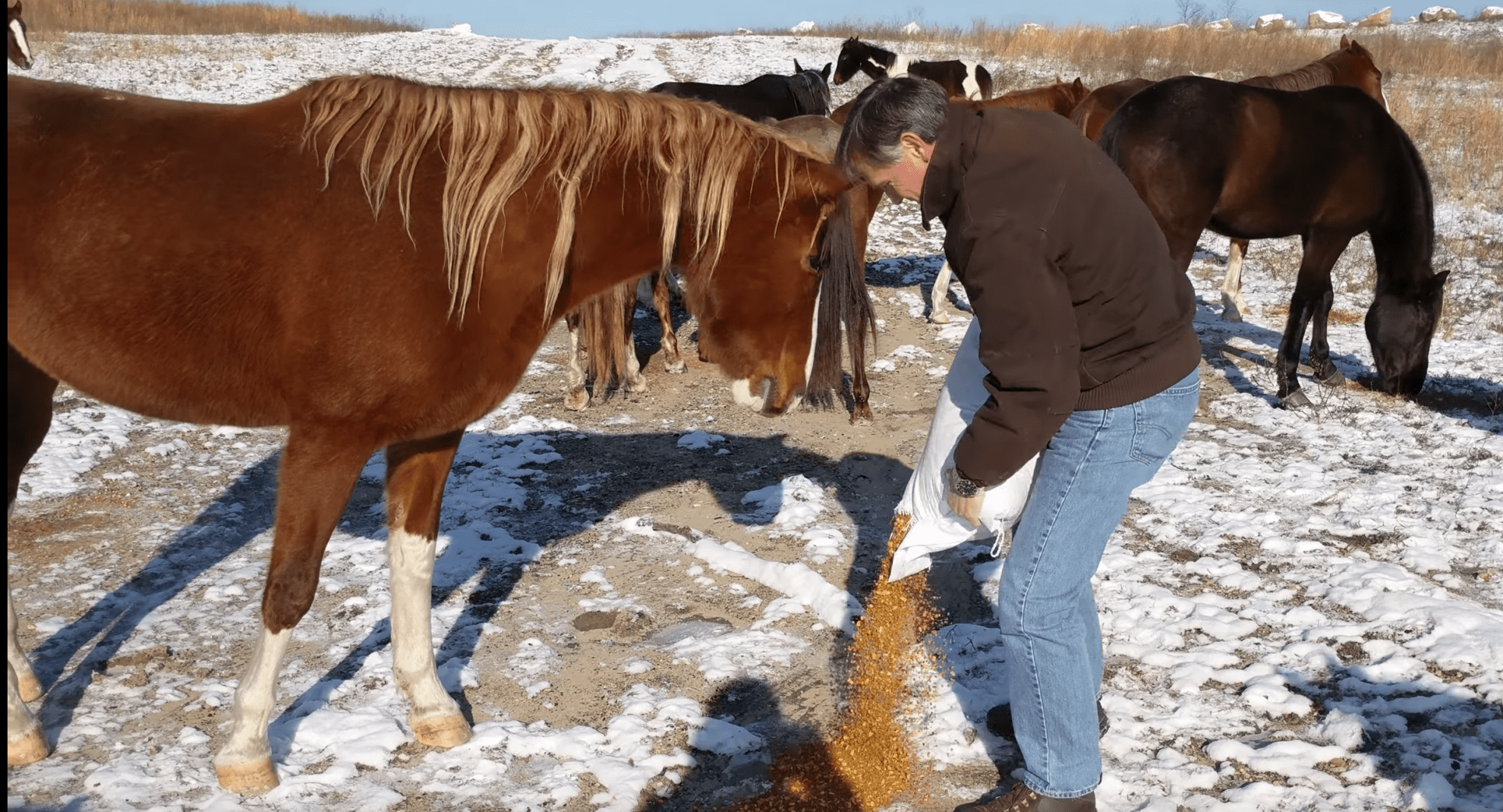 Do horses belong in traffic on busy streets of cities like Chicago? Aside from some cities allegedly working the horses too often and in weather that is too hot or too cold, and regularly breathing in exhaust fumes, according to a recent study, horses show behavioral signs of poor welfare while housed in box stalls, regardless of their enrichment status. And the longer they’re confined, the more extreme those signs may get.

Enrichment is an effort to provide species appropriate stimulation. But according this study, while certainly enrichment isn’t bead, it’s no substitute for allowing grazing in pastures with other horses.

When not working city horses are often spending all their down time in stalls. There is no pasture for them. And even – if employed in the first place, enrichment doesn’t improve the situation, according to researcher Léa Lansade, PhD, of the French Horse and Riding Institute and the National Institute for Agricultural Research’s behavior science department. She says there’s no substitute to allow for access to foraging.

She explained. “Once they’ve got that, then we can add the ‘extras’—toys and so forth. But it’s important to remember: These have to be added to the rest, not substituted for it.” And it’s unclear how many working city horses even are offered the benefit of appropriate enrichment.

The Study Looked for Behavior Abnormalities

The study involved 187 horses housed in individual box stalls in four barns. All horses use in this study were sport horses that participated in dressage, show jumping, or eventing and had been housed in box stalls since about the age of three. A trained observer, walked through the barn aisle-ways observing the horses on 50 days over a nine-month period and recorded what she saw.

Mostly, she looked for four distinct behavioral signs of poor welfare: stereotypies (crib-biting, wind-sucking, and weaving, primarily); aggression toward humans (biting and threats); a “depressed state” bodily posture (neck and back at about the same level, with low ears and poor response to any kind of stimulus); and stress-related behaviors such as  “acting nervous” with a high neck and excessive alertness or frequent defecation.

The researchers compared the presence of these signs with enrichment efforts such as providing straw bedding instead of shavings (allowing the horses to “munch” on bedding that also served as forage), having a window to the outside, having access to another horse through bars between the stalls, and having various kinds of commercial equine toys available in the stall.

Enrichment Is Good, Not Nearly as Good as Real-Life Foraging

Enrichment isn’t a bad thing but the result was that the enrichment – at least the enrichments used in this study – had little effect on signs of poor welfare, said Lansade. “Our results with these horses showed that these little ‘improvements’ we do in stalls just aren’t sufficient.

Sadly, the older the horses, they more welfare problems and indications of fear, anxiety and stress., Not only did the horses not receive the opportunity to naturally graze, they had little interactions or socialization with various members of their own kind. Researchers speculated that not only did not being allowed to forage have an impact, but also not having the ability to socialize. Researchers speculated that the impact of relative social isolation played a significant negative affect, over time. And worsened as horses aged.

One might argue that working streets, and interacting with people is enriching for horses. Indeed horses do like to work. A stronger argument can easily be made that this particular work of pulling people in carriages in big cities is stressful, even if horses become desensitized to the sounds and smells of the environment (which there is known data to support.) We do know people constantly bombarded with big city noise can suffer hearing loss. Dogs in shelters for weeks at a time can even suffer hearing loss. Certainly, a proper study could be done. However, meanwhile, when horses are clearly working in conditions which they shouldn’t, it’s likely unlawful and there is a welfare issue. Typically, when not working, these horses live lives in stalls without the opportunity to forage with other horses.

“The horse, which has lived in open spaces for the last several millennia with unrestricted access to forage and especially while establishing strong and complex social relationships with other horses, just isn’t made for living alone, isolated in a box, regardless of how well-set-up it is,” Lansade said.