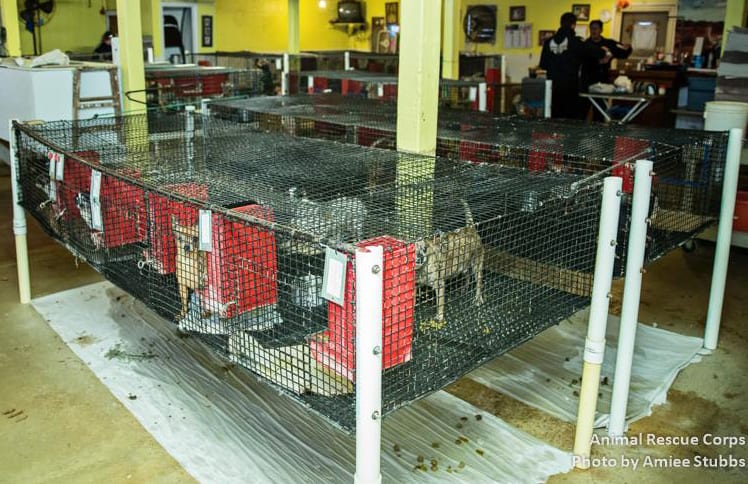 If you haven’t been keeping score, Buffalo Grove, IL (a large Chicago suburb) and Indian River County in Florida are among the most recent jurisdictions to unanimously ban sales of dogs and cats at local pet stores. In both cases, backers of the ordinances simply pointed out the truth: Dogs and cats sold at pet stores are generally from puppy mills, and they are never from responsible breeders. 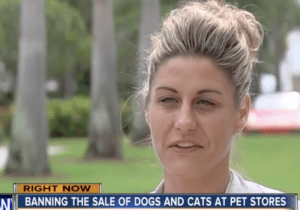 In Indian River County, Nicole Capobianco bought her dog, Maggie, at Pets Around the World in Vero Beach. Days later Maggie was diagnosed with a urinary track infection, hookworms, and pneumonia. Ever since, Capobianco has made it her mission to stop the sale of sick dogs, and dogs sold from pet stores.

Indeed, dogs and cats sold at pet stores often come from poor conditions, and land at pet stores with medical issues. The stress of transport may also contribute. And that’s not to mention the myriad of behavior problems which may occur.

Indeed, there are dogs and cats sold at pet stores in seemingly perfect physical condition and without any behavior issues. Still, consider the horrific conditions that their parents are living in. The mothers in the mills are breeding machines, and receive little or typically zero veterinary care.

Pets Around the World has since closed its doors. Actually few pet stores continue to sell dogs or cats.

Chains like Petland unfortunately not only continues this practice but works hard with industry associations and the American Kennel Club (AKC) to fight laws banning sales of dogs and cats at stores.

In June, Buffalo Grove, IL stepped up to ban sales of dogs, cats and also rabbits. In fact, rabbits were a surprising focus of much discussion at the Village Board Meeting.

Board Trustee Joanne Johnson said research shows rabbits are sold in small, dirty cages and often don’t have access to proper nutrition or veterinary care. Johnson added rabbits are marketed as low maintenance children’s pets. But in reality, she said, they have complex needs that can lead unprepared owners to abandon them, which is certainly the truth.

Several states are now considering joining Maryland and California in their state-wide ban of pet stores sales of dogs and cats, as well as perhaps rabbits. 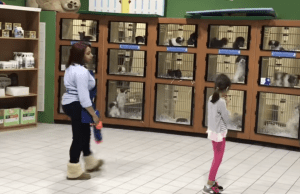 Wisconsin is now among several states considering such a law, as the sale of dogs and cats at pet stores would be banned in an effort to decrease demand for animals from puppy mills. Instead of selling dogs and cats, stores would be mandated to work with animal rescues and humane societies to host adoption events under the legislation.

Rep. LaKeshia Myers (D-Milwaukee) is seeking co-sponsors for the legislation. Her hope is to shut down puppy mills permanently. Regulations for breeders and shelters, including a Wisconsin license requirement, were established in 2009. Myers said she has support from fellow Democrats and Republicans for the legislation she drafted in collaboration with animal welfare groups.

According to Best Friends Animal Society, other cities banning sales of dogs and cats this summer (since May) include, Bellvue, PA; Gig Harbor, WA; Madison, NJ, and Royal Oak, MI. Now hundreds of cities in the U.S. and Canada combined and several counties have also enacted such bans. While the pet retail industry and AKC continue to fight these laws and try to overturn existing laws/ordnances, and spend a whole lot of money in the process. Instead these groups could be working to help eradicate puppy mills, which is, after all what we all want.