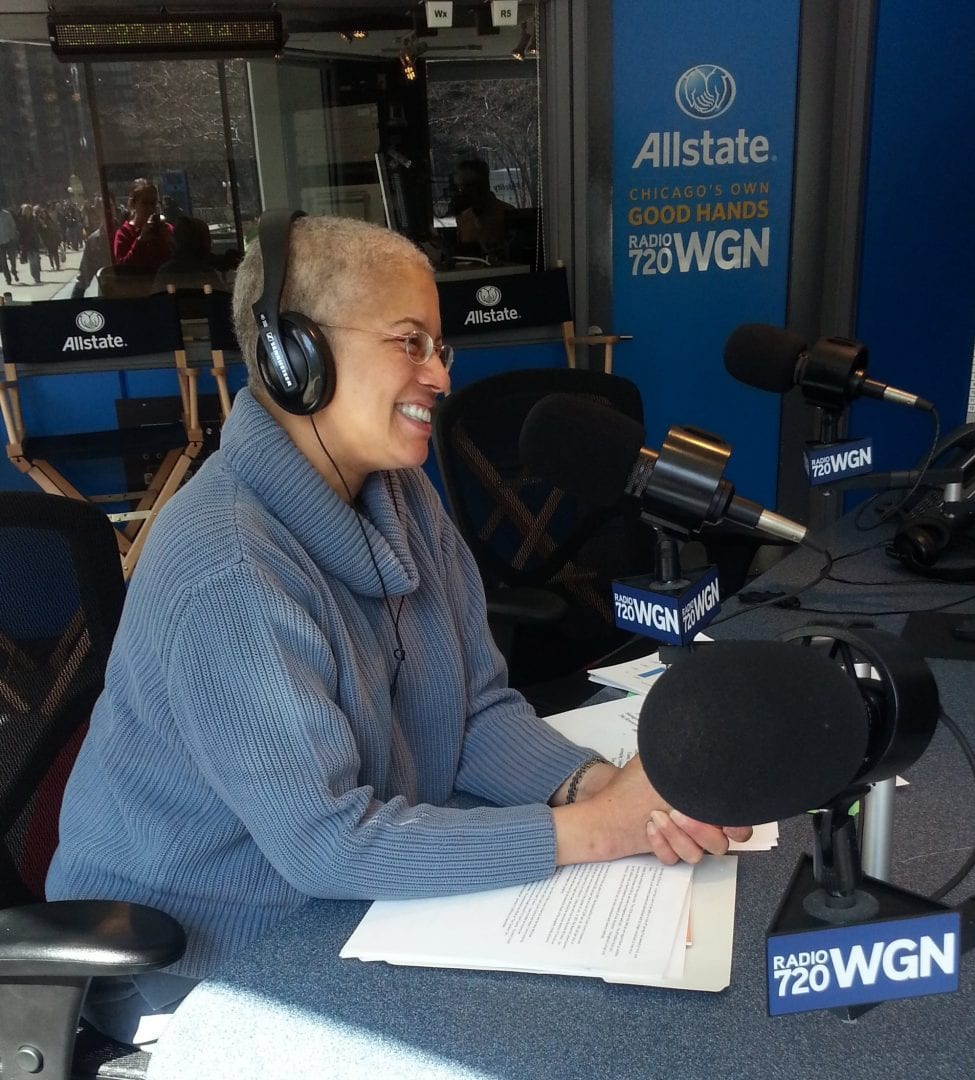 Dedicated to her job and to help pets, that was Dr. Donna Alexander. Upon landing in New York City, I learned several hours ago that my friend, and Administrator of the Cook County Department of Animal and Rabies Control was found dead. She had been battling some health problems, but appeared to be doing well when I last saw her on May 20 as she guested on my WGN Radio show.

Dr. Alexander didn’t live far from me, so I typically gave her a ride home following the show.

She called me the next morning to tell me that there was a fire in her kitchen, occurring shortly after she got home. She escaped without injury, but was living in a hotel due to the extensive damage. She didn’t call to tell me any of that. She called to me that her neighbors in the condominium all got their cats out because, she said proudly, “I showed them how to do that.” She thought I could one day write about how emergencies do occur, and how training cats to go to their carriers can save lives, feline and human. This was going to be subject for a future column, not something I ever thought I’d be writing as a part of what turns out to be an obituary.

When I asked about her condo unit, as she typically did, she always saw a bright side. “Well I’m insured, other units didn’t suffer damage, and the hotel where I am staying is closer to work,” she said.

I’ve known Dr. Alexander since she took over from the late Dr. Dan Parmer, that’s approximately a dozen years. And Dr. Alexander, like Dr. Parmer, was an ally.

On a Sunday morning in March of 2015, Dr. Alexander was in the studio to talk about low cost rabies vaccine clinics. During a commercial break, I told her what I was hearing about lots of coughing dogs in Chicago.  We agreed it sounded like the dog flu had come to Chicago, and we assumed it was the H3N8, strain. But we didn’t even know for sure it was even dog flu at that point, and were were careful about we said on air. But we did offer the first public warning. Within days, hundreds of dogs were sickened, which soon became thousands. Chicago was in the midst of an outbreak, which turned out to be the H3N2 strain.

I implored Dr. Alexander to close the dog parks and dog beaches, and at least get out the word to warn private businesses (which I knew she could not have control to close) such as dog groomers and boarding facilities. Coming from her, I knew it would mean something.  I needed to do no convincing. Her response, “Great idea!” And that is exactly what Dr. Alexander did – a move that likely saved dog lives. She closed the dog parks, and quickly began to do media (some of it with me) to help get the word out.

Her hope was for veterinarians in the area to report to her about the dog flu they were seeing – as there is no Centers for Disease Control for pets – so she could help track the spread of flu. It was a novel idea, though only moderately successful, it truly helped local veterinarians to get some idea of where flu was.

If Dr. Alexander was not the county veterinarian – the outbreak would have been worse. She was proactive. And when the vaccine for H3N2 became available, she became one of the strongest advocates in America.  She never ever sought fame or credit – it was all about the animals.

Rabies was a passion for her as well. She was a part of the reason (as was Dr. Parmer, and myself)  Cook County has one of the best ordinances in the nation regarding trap-neuter-return-vaccinate. That’s the key, vaccinate, community cats must be vaccinated for rabies when they are spay/neutered. It’s the law in Cook County, and it has been for some time.

When I last spoke with Dr. Alexander, we concocted a great idea to help animals in Chicago – one which I will be following up on. She sadly never had the chance.

Dr. Alexander told me a bit about her health challenges – but wouldn’t want me to weep and go on and on about her. She would be pleased if again I printed information to help pets, including information about the Cook County low cost rabies clinics.

I talk HERE on Steve Dale’s Pet World on WGN Radio with Dr. Alexander on May 20, as she explains why this summer we will very likely have a huge population of mosquitoes, ticks and fleas in the Chicago area.

For people seeking a “bargain,” or who need financial assistance, Alexander is excited to announce this summer’s Cook County low cost rabies vaccine clinics – sponsored by Animal and Rabies Control and President Toni Preckwinkle, are offered now through October 3, throughout all around Cook County, at many locations (see below list) 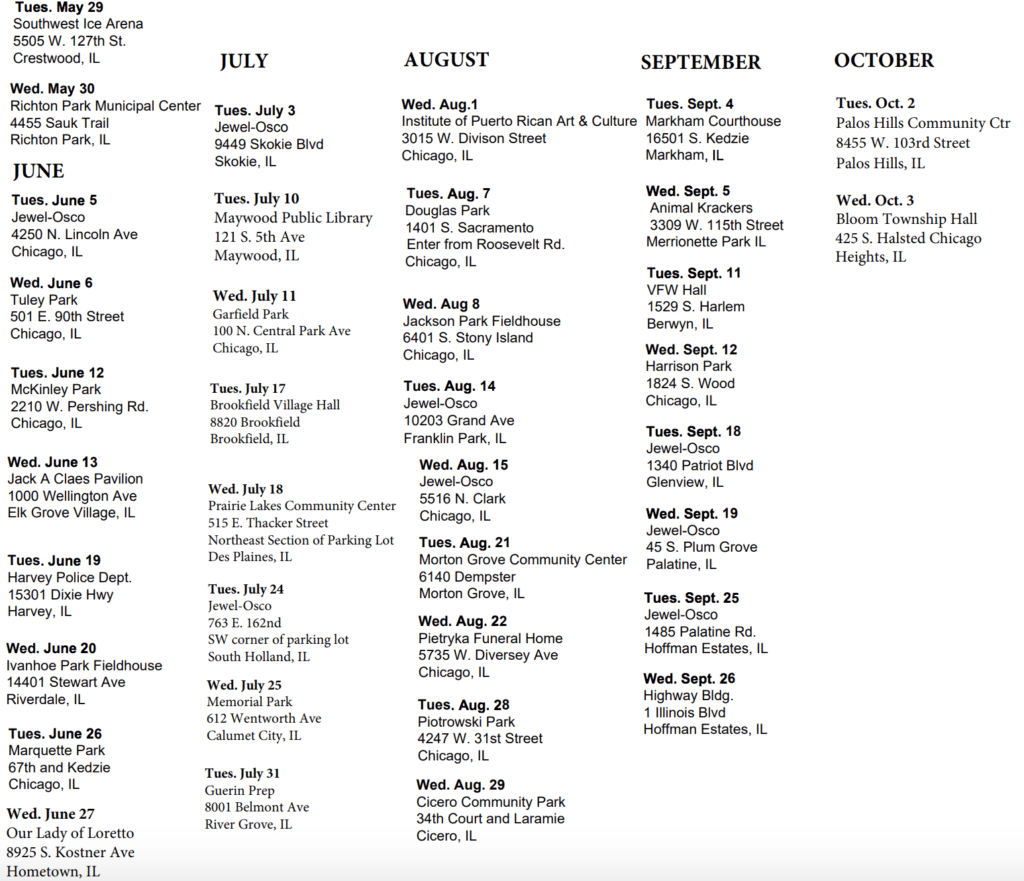 The cost of microchip implants are $10 per animal. And remember don’t leave before you register that pet. National registration is $19.95 per animal (for the life of the animal, and no additional fees).

Check this after show video, Dr. Alexander and I talk about leptospirosis and offer a dog flu update.