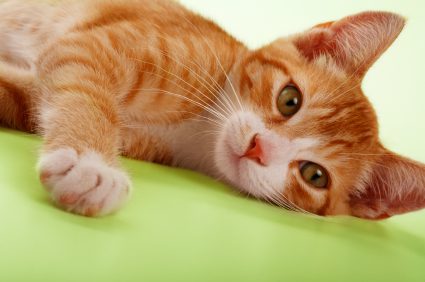 Remdesivir, the drug touted as a possible treatment for COVID-19, was nearly used to treat cats with feline infectious peritonitis (FIP) which results from the feline corona virus.  It turned out that Gilead Sciences (the pharma company) didn’t want to let go of Remdesivir, and offered a less expensive but nearly identical compound to trial for kitties with FIP. And that compound, known as GS-441524, was truly successful in treat at least one type of FIP, which has been previously considered fatal.  Gilead wouldn’t give up that compound, so with support of the Winn Feline Foundation, researchers tried another compound, which also works to treat FIP, and is awaiting FDA approval. While certainly cats aren’t people; there’s hope Remdesivir, which has already been trialed will successfully treat COVID-19 safely. This release outlines the most recent effort, from Northwestern Medicine.

Northwestern Medicine has enrolled its first participants in a new international clinical drug trial for COVID-19. The drug being tested is remdesivir, a novel anti-viral drug developed to treat Ebola and which has subsequently been found, in animal models, to have antiviral activity against coronaviruses including MERS and now SARS-Cov-2, the virus that causes COVID-19 disease.

The randomized, placebo-controlled, double-blind trial will evaluate the safety and efficacy of the drug in hospitalized adult patients diagnosed with COVID-19.

The first Chicago-area patient to receive the drug at Northwestern Memorial Hospital is an 89-year-old man in intensive care. “His family was very excited about it,” said principal investigator Dr. Babafemi Taiwo, chief of infectious diseases at Northwestern University Feinberg School of Medicine and Northwestern Medicine.

“I think it’s fantastic this trial is off the ground,” Taiwo said. “It puts something in our hands that we can investigate in a rigorous fashion in the quest for therapies that may be effective and widely adopted to treat the pandemic.“

Before the clinical trial, remdesivir was used to treat a handful of patients on a compassionate access program basis. “It’s too early to say if there is an effect because some of them are still receiving the treatment,” Taiwo said.

Participants in the trial receive either a placebo drug or remdesivir intravenously once a day for a maximum of 10 days. If a patient recovers sooner, the treatment is stopped. The patient will be evaluated for 30 days. About 50 sites around the country will enroll 440 patients in the trial.

While the study will last three years, the results may come in sooner. “I think we’ll get our results soon because the enrollment pace is very quick,” Taiwo said. “I hope that in a matter of months, we’ll be able to tell whether this therapy is effective or not.”

In four studies of healthy people and participants in Ebola trials in Africa, the drug led to elevation of liver function test in some recipients, meaning the liver has to be carefully monitored. This effect was transient. Other participants had some abnormality in blood clotting tests and gastrointestinal side effects. None of these were serious.