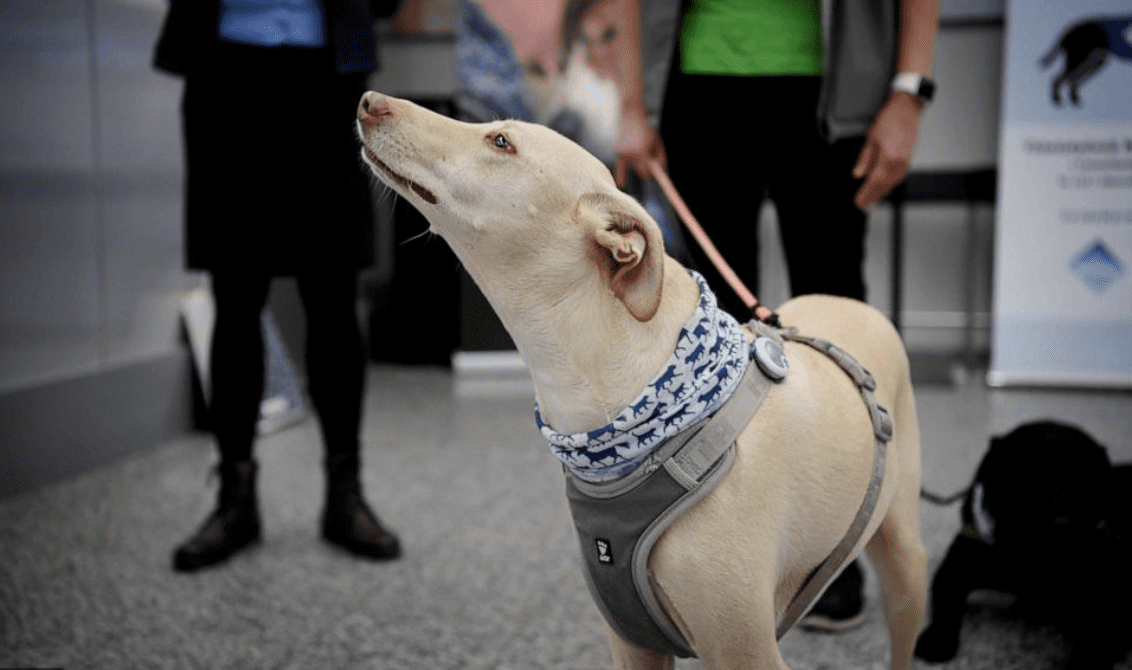 The security detail allowing you to see a Miami Heat National Basketball Association game will be coronavirus-sniffing dogs. Fans will have to be sniffed by the trained dogs before entering American Airlines Arena in Miami.

Starting later this week, a limited number of ticket holders will be in the seats as well, provided they get past the dogs first.

“If you think about it, detection dogs are not new,” said Matthew Jafarian, the Heat’s executive vice president for business strategy. “You’ve seen them in airports, they’ve been used in mission critical situations by the police and the military. We’ve used them at the arena for years to detect explosives.”

The Heat have sold out 451 consecutive games, the sixth-longest streak in NBA history. Sellouts obviously aren’t happening this year. The Heat will keep attendance under 2,000 for now, or less than 10 percent of the arena’s typical capacity.

The coronavirus-sniffing dog idea has been put into place at airports in Dubai, United Arab Emirates, and Helsinki, Finland, in recent months. At Heat games, fans arriving for the game will be brought to a screening area and the detection dogs will walk past. If the dog keeps going, the fan is cleared; if the dog sits, that’s a sign it detects the virus and the fan will be denied entry. It turns out that taking temperatures isn’t very accurate to discern much, as many people with SARS CoV-2 that causes COVID-19 have no symptoms or signs, and even people who may have COVID-19 and have some signs may not run a fever each day they have the illness.

Still, a health screening questionnaire will be mandatory for all guests, masks must be worn continually and only soda and water will be sold. All transactions will be cashless and if a fan feels ill during a game, isolation rooms will be available.

If a fan is allergic to or afraid of dogs, the Heat are offering an option to skip the dog screening and submit to a rapid antigen test instead. The Heat say those tests can be processed in less than 45 minutes. No indication about who will pay for this test. In addition, as a side note, allergies are not truly a valid excuse as simply walking by a dog will not cause an allergic response, most especially if the dog ‘walk by’ is outdoors, the claim is ridiculous.

Meanwhile, if you want to travel through the Helsinki Airport, you’ll have to be screened by COVID-19 sniffing dogs.