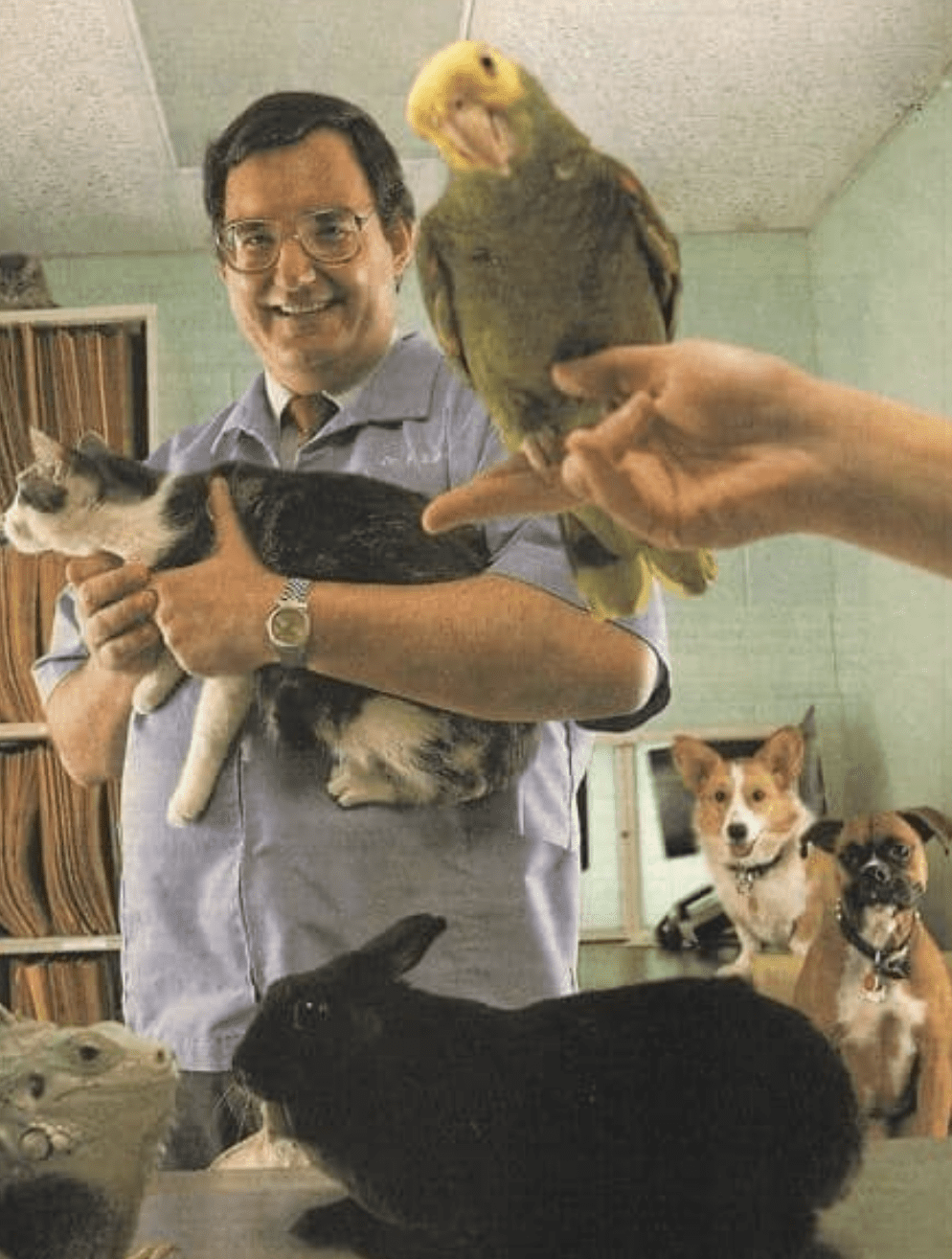 A fan of rock ‘n roll, one of the great rock stars of veterinary medicine, Dr. Peter Sakas of Niles Animal Hospital and Bird Medical Center succumbed to COVID-19.

Prior to attending vet school, at Auburn University in Alabama and pursued his MS (Master of Science) degree in Zoology-Entomology in 1979. While at Auburn, he studied the immune response of dogs with canine heartworm disease in conjunction with the Auburn University College of Veterinary Medicine. He presented his Master’s research findings at regional and national parasitological association meetings. In addition he helped develop a test for the detection of occult heartworm disease in dogs and cats which led to a publication in the Journal of the American Veterinary Medical Association. He attended the University of Illinois College of Veterinary Medicine, graduating in 1983, where he was a class leader and interested – ahead of his time – in veterinary students’ well-being.

I interviewed Dr. Sakas dozens of times for my national Q & A newspaper column, and below are three examples. When I was on WGN Radio Saturday nights and  Sunday evenings, Sakas was a frequent guest. He sometimes spoke at veterinary conferences, but far more loved speaking to bird clubs – and talking with pet parents.

Dr. Sakas often treated wildlife, birds in particular, and was over the course of his career was undeniably a pioneer in avian medicine.  I talk at conferences about finding a veterinarian you can trust, someone you can relate to – that was Dr. Sakas. People even drove in from other states for expertise and compassion. He never considered himself the rock star he truly was. I hope I knew how loved he was.

Q: A pure white pigeon has been visiting me the past three days, and he hangs out for hours. I feed him and give him water. I’ve done some reading and this seems to be a pigeon that may have been used in a wedding and thrown into the air. I’ve read that if these birds are not re-caught and taken care of, they’re unable to fend for themselves. But I’ve also read about diseases I can get from the bird. I’m on the verge of buying a cage. What do you think? S.M., Chicago 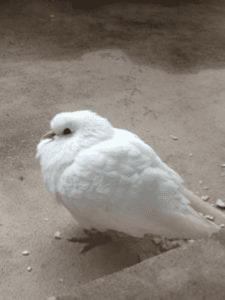 A: Buy the cage and give the bird a new home. You can do so without needing to buy additional life insurance. Dr. Peter Sakas, a Niles, IL veterinarian with a special interest in birds says parrot fever, Psittacosis. is the most likely concern regarding disease transmission. However, this disease, while possible, is very rare in parrots, and even more rarely carried in pigeons. Over several decades of practicing veterinary medicine, Sakas has not seen parrot fever in an outside bird, or the disease transferred to a person.

However, pigeons do potentially pick up parasites. Unless you have other pet birds, which the parasites may spread to, they’re species or at least bird specific. Still, for the health of your bird, if you do take the bird in, seeing a veterinarian with pigeon experience is a good idea.

“Sadly, you are right, this bird might not make it through the winter, unless you step in,” says Sakas. “’We’ve had many clients over the years take in white pigeons, and they’re always pleasantly surprised at how great and smart a pet they are.” S.M., Chicago, IL

Q: My cockatiel pulls out feathers on his back, on the tops of his wings, and on his breast until he’s almost bare. He does this year-round, except in August, when he has almost all his feathers. What can I do? And what is it about August?  J.F., Buffalo, NY

A: Avian veterinarian Dr. Peter Sakas, of Niles, IL, suggests that your bird molts in August, and that’s when his feathers begin to grow in, hence that’s likely why he looks so good that month.

There are many possible explanations, or combinations of reasons, to explain feather-picking in parrots, including humidity, hormonal changes, illness, stress/anxiety and nutrition.

“Let’s start with nutrition,” says Sakas. “Many people choose all-seed diets for cockatiels, where a pelleted diet is ideal. You can’t just change diets overnight; the change has to be gradual. And getting the bird to cooperate can be tricky. A veterinarian with a special interest in birds needs to see your bird anyway to rule out a health issue and talk with you further. 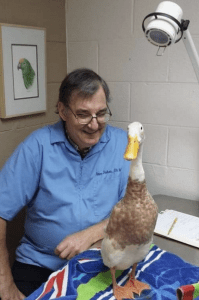 Q: I have a goose as a pet. I thought he would enjoy our backyard pond, but instead, he stays by the door, comes inside and follows me from room to room. And he’s messy. He loves me but is aggressive toward strangers. Is this normal behavior?  M.W., Gainesville, FL

A: Avian veterinarian Dr. Peter Sakas, of Nles Ill., says some geese pair with a partner for life. You may be this gander’s choice. (It’s not necessarily a sexual thing but a sort of lonely thing.) Or perhaps, this goose was imprinted on humans at such a young age that he has no idea he’s a goose.

Sakas says geese can become very territorial. From your goose’s point of view, you belong to him and your house does, too. Sakas also says some species, including domestic geese, don’t spend much time in the water.

Any goose, but particularly a wild one, can spread diseases in those messy poops. And, no, geese cannot be housetrained. As much as your goose may want to follow you into the house, that’s probably not a good idea.

Another goose might take this gander’s mind off of you. Sakas points out, however, that the goose may be so attached to you that he’d attack the newcomer. Unlike dogs and cats, if that’s his initial response to his ‘blind date,’ he won’t likely change his mind.