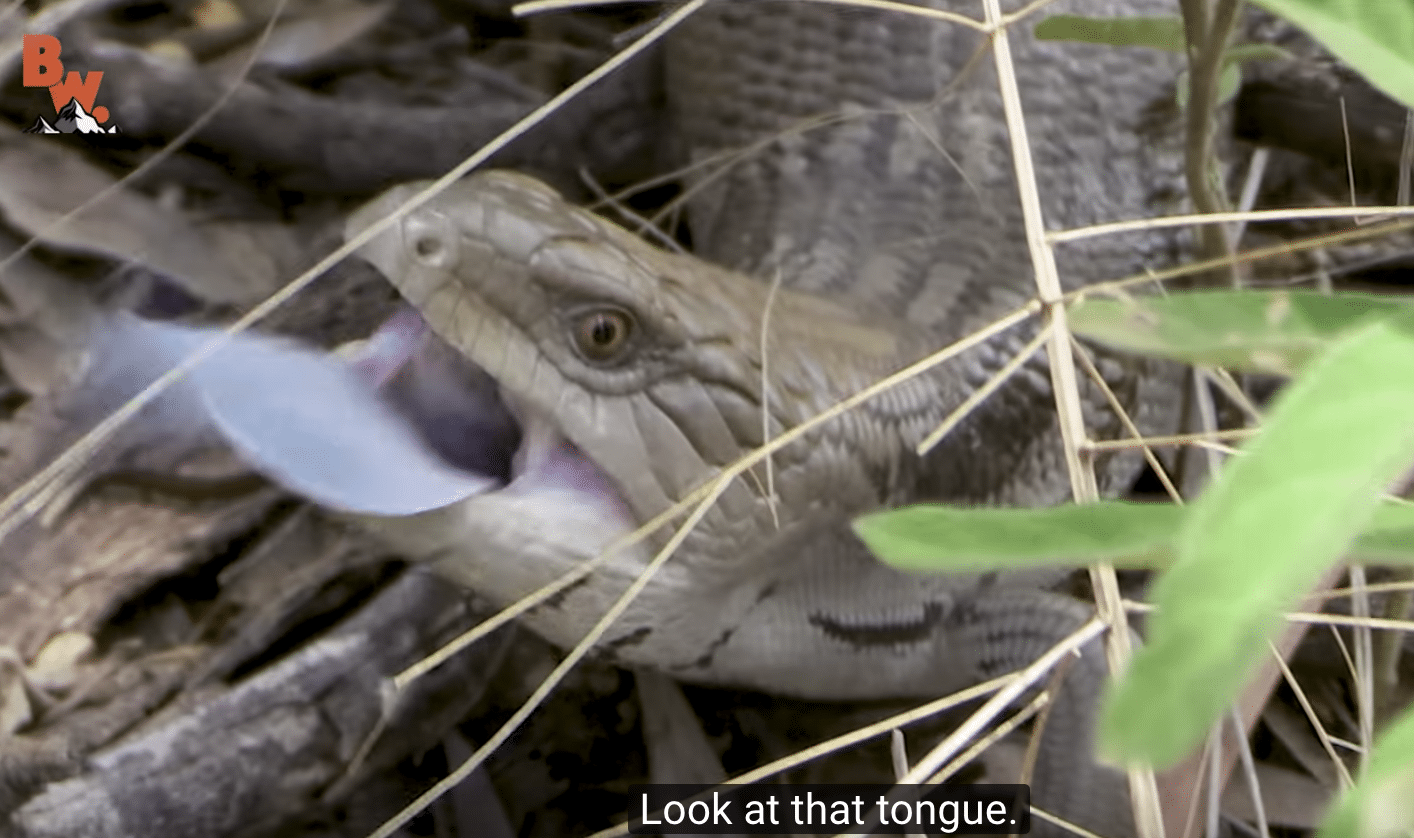 Coyote Peterson is the host of Brave Wilderness, a YouTube channel show, and I’ve been a fan for a long time. He also speaks around the country. I am posting this particular episode because he features an animal we happen to have as a pet: a northern blue-tongue skink.

Even this wild skink, which Coyote catches, is reasonably calm and not aggressive. Cosette, our northern blue-tongue, is now 21 years old, and a senior skink to be sure.

If you’re going to get a reptile pet, be reasonable: Go for a leopard gecko, bearded dragon, or northern blue-tongue skink. Bearded dragons and blue-tongues are lizards to be sure, so they’re not about to fetch your newspaper. However, you can bond with them. If there’s a puppy dog of the lizard world, it’s bearded dragons. They often actually appear to enjoy hanging out—and literally hanging on—to their people. And definitely, they have their own personalities. I mentioned leopard geckos because, though they are less handleable, they are reasonably easy to care for.

As Coyote says, “Be brave, be wild”… though I am unsure what that means.