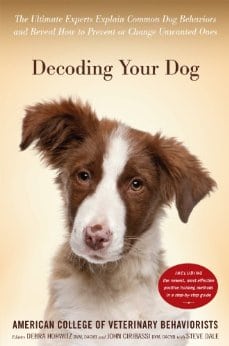 I bet veterinary behaviorists save more pets than even the most talented surgeons. Kicking off the 12 pet books of Christmas is my own book, called Decoding Your Dog, which I co-edited with Dr. Debra Horwitz and Dr. John Ciribassi, and members of the American College of Veterinary Behaviorists authored. 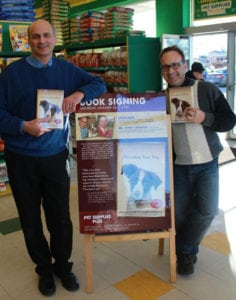 With Dr. John Ciribassi at a book signing for Decoding Your Dog

Veterinary behaviorists tend to see the worst of the worst cases, like dogs jumping out of windows when owners leave to go to the office, or cat owners living in smelly homes because five cats are all peeing outside the litter box. By the time veterinary behaviorists see the pet, the human-animal bond might fracture at any moment. If and when that bond fractures, euthanasia or relinquishment to a shelter become real possibilities. Without the human-animal bond, all else is lost.

There are all sorts of behavior professionals, and many are superb, but none can tease out if there’s a specific medical condition that may contribute or cause the behavioral response as a veterinary behaviorist can. For example, a cat who urinates outside the box may have kidney disease or diabetes. 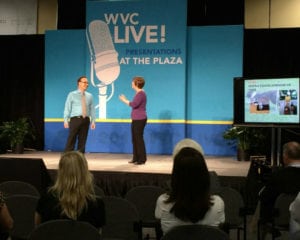 Presenting with Dr. Debra Horwitz at the Western Veterinary Conference

Individually, many veterinary behaviorists have been quoted in the media, published in blogs and magazine articles, and have appeared on radio and TV. And, certainly, they’re a hit in peer-reviewed journals, but they’ve never teamed up to author a single book on animal behavior for the public, based on science. 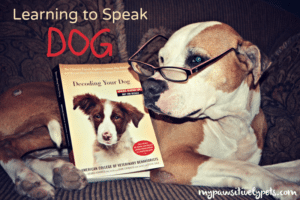 When it comes to pet behavior, there’s so much misinformation, which often does more harm than good.

The concept for this collaborative book idea was hatched at the Western Veterinary Conference in a hallway at the Mandalay Bay Hotel. I commiserated with veterinary behaviorist Dr. Gary Landsberg as we shook our heads in disgust walking out of a session wondering why all these knowledge professionals attending a talk could suggest that a then-popular TV dog trainer could be right about having to “dominate” dogs.

Landsberg told me, “You have platforms, but we don’t. How do we get the science out there?”

I suggested, “Write a book!”

“Follow the science” is what legendary veterinary behaviorist Dr. R. K. Anderson often said. When I approached Dr. Anderson with the idea of the book he said, “You have vision. You need to do this. Climb to the top of the mountain my friend, and save lives.” 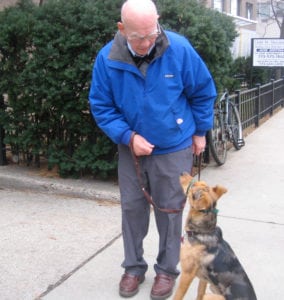 So, we did just that, as 22 veterinary behaviorists contributed to Decoding Your Dog, published in December 2014, with book reviews that made me blush and high sales that followed and continue to this day.

I know that Horwitz, Ciribassi, and everyone involved are gratified that the book has been so well received by veterinarians and veterinary nurses, many give away the book to new puppy owners or new clients (yes, old dogs can learn new tricks).

The emails we’ve collectively received from dog owners are also humbling. To think we’d make a difference, even save lives. Of course, that’s why we did the book in first the place.

Arguably one of the most important topics discussed in Decoding Your Dog is learning theory. Training becomes better when pet owners better understand how dogs learn in the first place. And, incidentally, no, dogs don’t try to dominate their people. And no, dogs are decidedly not wolves. 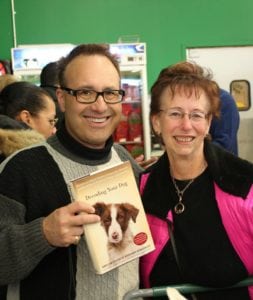 From house training skills, to teaching dogs basic obedience, such as how to greet guests in your home to walking on-leash, is all explained.

There’s a discussion of anxiety related behavior issues, such as separation and thunderstorm anxieties. Dealing with aggression to people and aggression to other dogs are among the many other behavior problems detailed in the book. I am proud to say this science-based book has been touted by so many reviewers as being fun to read using real-life examples, but is based in what we do know about animal behavior and how to adjust that behavior or prevent it from occurring in the first place.

Landsberg, who happens to be a world renowned expert on geriatric dog problems (and a condition called canine cognitive dysfunction syndrome, like Alzheimer’s), authored the senior dog chapter.

The book is dedicated to Dr. Anderson, who passed away just before the book was published.

If you haven’t purchased a copy for yourself or as a gift to another dog lover, now is a great time!