Deer on Train Track in Chicago 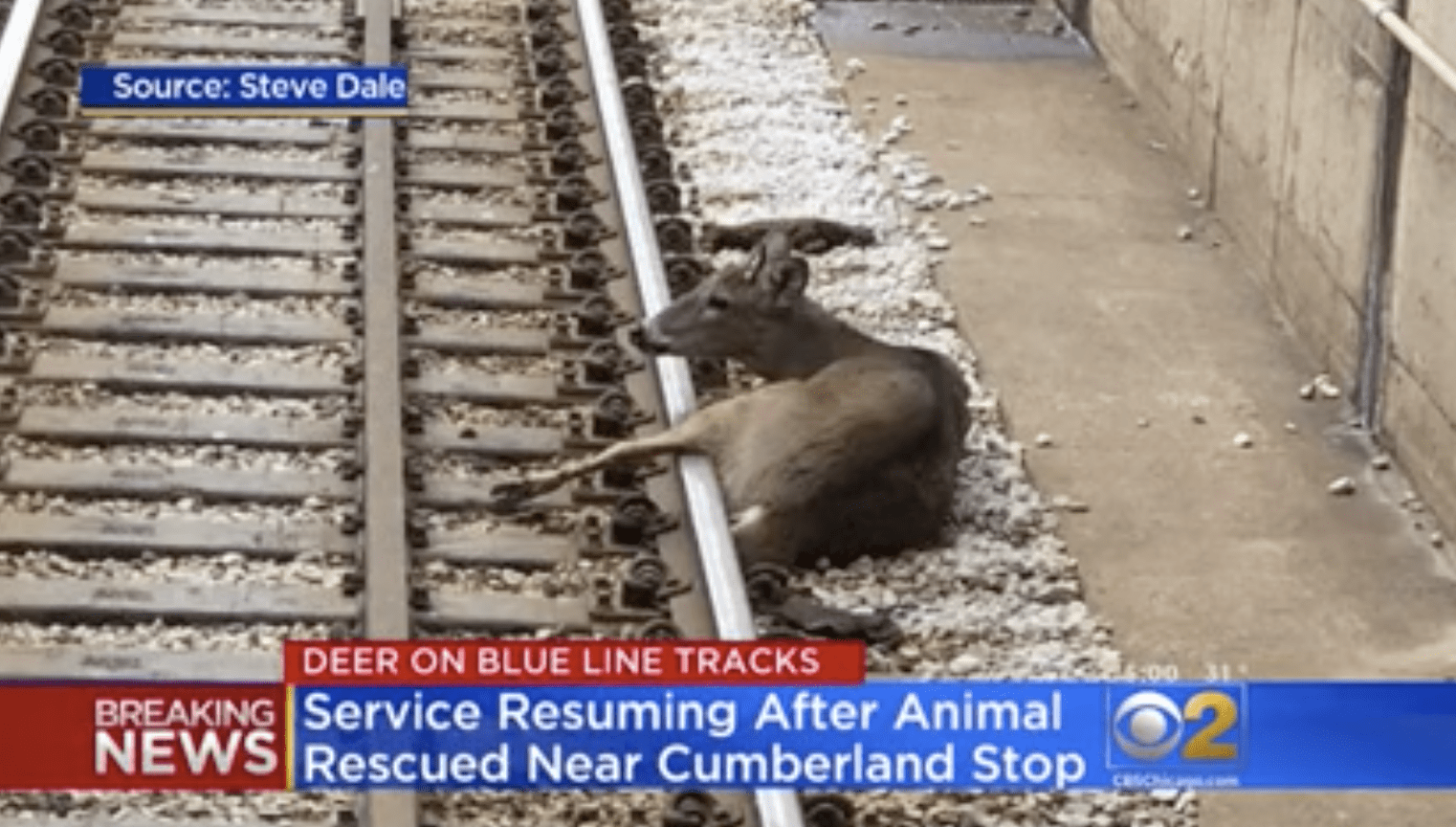 I was in the first car on the Blue line train heading toward the airport. I was standing when the train came to a slow stop. That’s not unusual. But the announcement of a deer on train track was.

The look on the deer’s face is something I will remember forever. It’s just so sad.

I took pictures, and told the conductor/engineer I work in the media and will instantly send images to WGN radio (which I did). I said tell your boss to do the right thing as this will be a news story. Well, as the conductor/engineer walked to the other side of the train (to head the train in the opposite direction to the nearest stop), I heard him say something about “a media person is here” into his walkie talkie.

Certainly, the engineer did the right thing and was alert to notice the deer in the first place. And Chicago Animal Care and Control and local and state police were eventually all out on the scene of the deer on train track. However, at this moment – it’s unclear what happened to the deer – except that it was taken to Chicago Animal Care and Control (CACC). For reasons, I can’t explain CACC is hardly being transparent. I won’t be surprised if indeed this young male deer is euthanized given what the injuries may have been. I hope I am very wrong. (Vince Gerasole, of course, as usual, great job of reporting – and with empathy – on WBBM-TV).