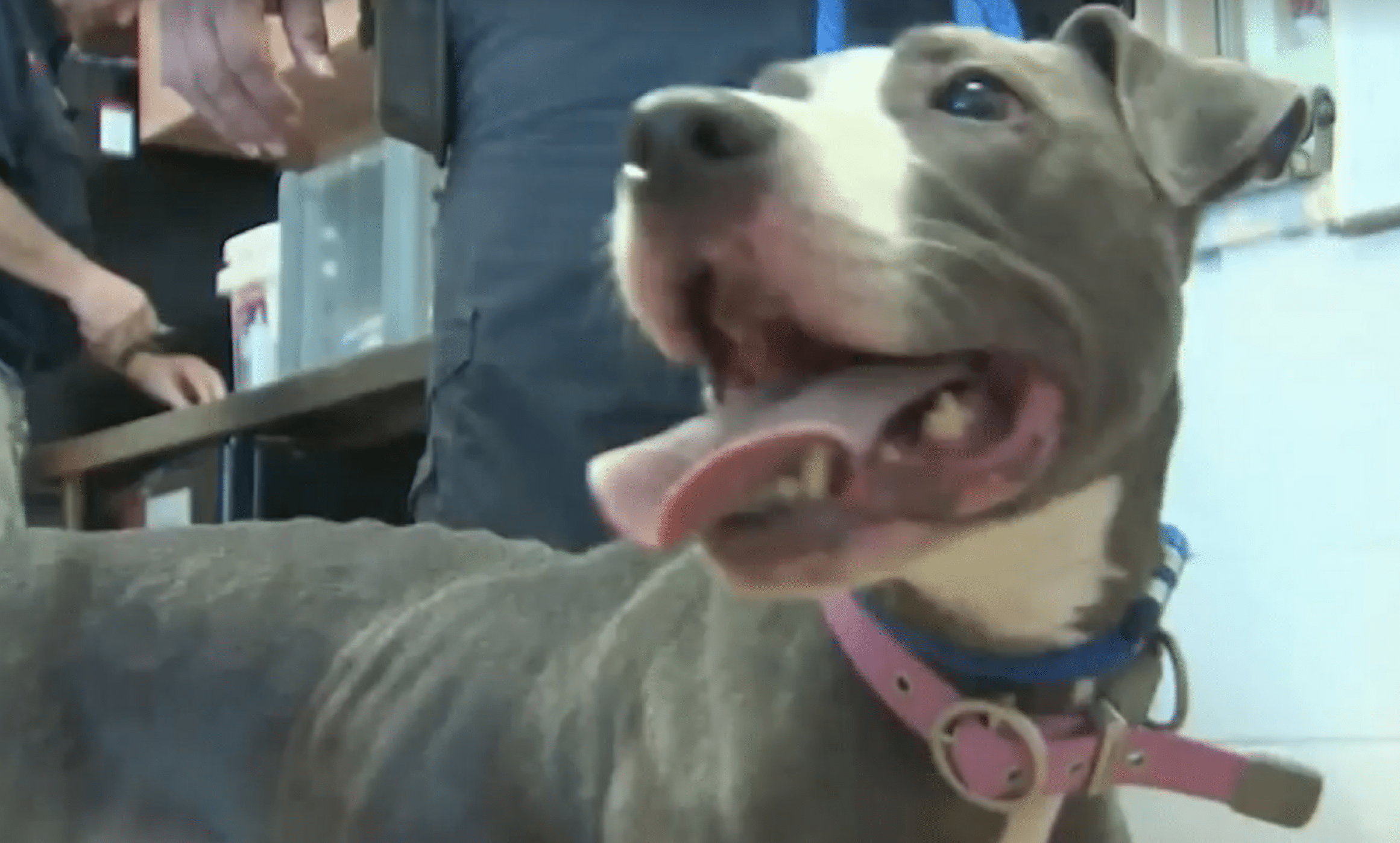 When I first learned that Delta airlines is banning any dog identified as a pit bull, I truly thought this is “fake news.” It is that outrageous. However, it’s true, according to Delta’s own website.

Delta, which led the industry in March by updating its service and support animal policy, says it will further enhance its restrictions, effective July 10. The enhancements include introducing a limit of one emotional support animal per customer per flight and no longer accepting pit bull type dogs as service or support animals. These updates, which come as the peak summer travel season is underway, are the direct result of growing safety concerns following recent incidents in which several employees were bitten.

I can’t imagine how this ban is legal since dogs identified as pit bulls are first likely mixed-breed dogs and that identification is subjective. Second, there’s absolutely zero scientific evidence to support the notion dogs that have a certain “look” are any more dangerous. And third, while I am no attorney, the Federal law identifying service dogs associated with the ADA doesn’t mention any restriction regarding breed or mix, so according to the Federal Government, any type dog can be a service dog.

Incidentally, some dogs used in airports by local law enforcement may look like pit bulls. Are we banning these dogs? Of course not!

“The safety and security of Delta people and our customers is always our top priority,” said Gil West, Chief Operating Officer. “We will always review and enhance our policies and procedures to ensure that Delta remains a leader in safety.”

That’s what Delta’s COO says – but here’s what real experts on animal behavior and dogs say:

Breed bans don’t succeed in communities, according to this paper (which I did co-author) from the American Veterinary Society of Animal Behavior. The Centers for Disease Control, American Veterinary Medical Association, Humane Society of the United States all agree that when identifying dogs involved in serious dog attacks, the breed is often misidentified and breed is irrelevant anyway since the breed is not responsible for whatever happened – but rather the individual dog and circumstance.

The changes follow an 84 percent increase in reported incidents involving service and support animals since 2016, including urination/defecation, biting and even a widely reported attack by a 70-pound dog. Delta carries approximately 700 service or support animals daily — nearly 250,000 annually. Putting this into perspective, Delta carries more than 180 million passengers annually. Customers have attempted to fly with comfort turkeys, gliding possums, snakes, spiders and more. Ignoring the true intent of existing rules governing the transport of service and support animals can be a disservice to customers who have real and documented needs. While Delta’s restrictions on “exotic animals” on flights was celebrated and supported by most animal experts, this change is not.

The breed restriction announced by Delta has faced a swift backlash from advocates for pit bulls, as well as from some service dog organizations and disability advocates who said they believe the Delta ban runs afoul of federal laws.

“First and foremost, it’s about people. Delta is discriminating against people,” said Regina Lizik of the Animal Farm Foundation in New York, which trains shelter dogs that have been labeled pit bulls to be service dogs for people with disabilities. “When Delta or anyone puts out a regulation like this that dictates what kind of dog can be a service dog, they are reducing access for someone with a disability.” It should be noted that dogs commonly referred to as pit bulls are likely now the most common dog in America.

The Department of Transportation also cast doubt on the legality of the policy on Friday evening, saying in a statement that “a limitation based exclusively on breed of the service animal is not allowed under the Department’s Air Carrier Access Act regulation.” The agency did not say whether it had communicated with Delta officials about this interpretation of the federal disability law that applies to air travel, but strongly urges that passengers turned away from flights would need to file a disability complaint with the department.

The full policy and additional information on types of accepted animals and other questions related to traveling with service and support animals is available here.

Definitely something needs to be done regarding animals on planes, as too many are taking advantage of the system. Delta began in a positive way by restricting exotic animals, however it’s clear they have failed to bring animal experts together. I suggested United Airlines following a series of incidents earlier in the year, create a task force of animal experts (which I offered to assist with) and was ignored. If you create policies for animals, don’t you need veterinarians and animal behavior experts to help create policies?