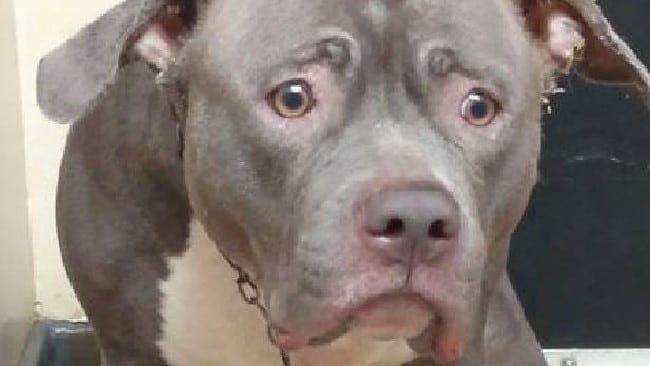 Denver Mayor Michael Hancock, in his first veto as Mayor, chose to veto the measure that would have ended the city’s decades long ban on pit bull ownership.

The Denver City Council passed a new code in a 7-4 marathon vote allowing owners to register their (presumed) pit bull with the Denver Animal Protection (DAP) and get a breed-restricted license. Owners would need to provide a name and address for the dog, proof of microchipping, vaccination, spay/neuter, and two emergency contacts. An annual fee will also be required to maintain the license.

The veto from Mayor Hancock means the bill bounces back to Denver’s City Council this coming week, but now nine votes will be needed to override the veto. Hear the Mayor you will hear lots of misinformation in his comments. The Mayor said he read “voluminous amount of data.” Obviously he has not. And repeated in his statement saying fatalities by pit bull breeds. How does he know. For years the Centers for Disease Control has NOT tracked breed in fatal dog attacks, so I’m unsure what he’s talking about. Incidentally, the CDC says it’s because breed is “irrelevant” and breeds are so often misidentified. Also, according to the Mayor, dogs are running loose all over Denver. If you live in Denver, please contact your council member.

In 2014, I co-authored a position statement on breed specific legislation (with veterinary behaviorist Dr. Sagi Denenberg) and how effective breed bans might be or might not be for the American Veterinary Society of Animal Behavior. In this paper, we cite that no city we could find with a breed ban (including Denver) actually has benefited by such legislation. Breed specific bans are supposed to make cities safer regarding dog bites, particularly severe attacks – and that doesn’t happen. We describe in this paper why severe dog attacks occur in the first place, and it’s not because of a specific presumed breed. The Centers for Disease Control, American Veterinary Medical Association and many other organizations agree. 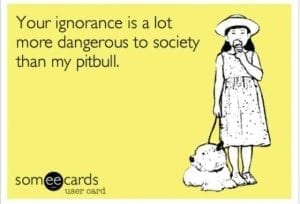 Also, I write “presumed pit bulls” because today we KNOW via genetic testing that overwhelming the majority of dogs referred to as pit bulls share the same phenotype (or look) but not the same genotype. In other words, they may share certain physical feature – which some unfortunately profile – but they are simply mixed breed dogs with widely varying genetics.

I do know most communities have rescinded their breed bans, which do nothing to protect the public.

The Colorado Veterinary Medical Association say they are “disappointed” by the veto. I say Mayor Hancock’s decision is based on ignorance. And this is a Mayor that is supposed to be about inclusion, and now he is guilty profiling. Mr. Mayor: Talk to the veterinarians and dog trainers – people who really know animals!

Councilman Chris Herndon was responsible for first proposing the repeal on the pit bull ban, something Hancock’s office knew about ahead of time.

“I’m disappointed the mayor is choosing to disregard the science on the issue of breed-specific legislation. Research tells us breed-specific legislation is ineffective at keeping communities safe and experts in the field – from the local level to the national level – agree it is no longer best practice,” Herndon said in a statement provided to local 9NEWS. “I hope my colleagues on Council will support an evidence-based approach to our animal ordinance, rather than one steeped in fear and stereotypes. The community has demonstrated significant support for this proposal and should it not pass on Tuesday, I look forward to working on a measure for the November ballot.”