The people have barked and growled as the ban on dogs referred to as pit bulls in Denver, CO been struck down. Ballot Measure 2J to lift the city’s more than 30-year old ban on pit bulls was voted down by a vote of 64.5 percent to 35.5 percent.

Denver repeals breed ban and with the measure passed, the city will grant a provisional permit to pit bull owners. Eligible dogs must have no history of aggression and the dog must be microchipped.

Shortly after the Denver ban was enacted in 1989, the Association of Pet Dog Trainers (APDT) happened to have their conference in Denver, it had been planned for several years as large conferences are. Still, much of their membership wanted APDT to cancel, but the organization would have lost a ton of money because they had long ago signed a contract for the convention space, well before the breed ban was enacted.

The late veterinary behaviorist Dr. R.K. Anderson suggested that I should be their keynote, since at that time I was one of the more vocal voices opposed to breed bans. I so respected Dr. Anderson and couldn’t say no. My talk was mostly about why breed bans would never work to enhance public safety. And it turns out, I was right.

While bans on breeds still occur, today they are rare. But back in the 1980’s and 1990’s these bans were commonplace. Usually, it’s a dog attack that motivates local public officials to take action, and to ban the breed involved and often other dog breeds randomly added to the list too. 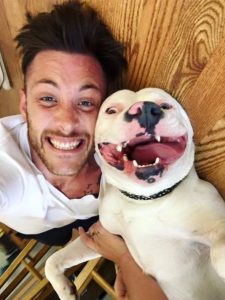 What Breed Bans Don’t Do

However, today know that breed bans indeed do nothing to enhance public safety. We also know that banning dogs identified as pit bulls makes no common sense as the overwhelming majority of these dogs are merely mixed breed dogs with a common profile.

The Denver law banning pit bulls was put in place in 1989 after 20 people had been attacked by dogs identified as pit bulls in the previous five years. One instance in particular was especially tragic, a 3-year old who died from an attack in 1986.

Denver tried to repeal the ban earlier this year. In February eight Denver City Council members voted in favor of overriding Mayor Michael Hancock’s veto of the ban and that would have ended the city’s pit bull ownership ban and replaced it with a new licensing system. Five voted against. Unfortunately, the veto override required one more vote.

Proponents of the measure which passed on election day, note that breed-specific bans do not work and, in fact, enforcing the ban has cost the City of Denver more than $5.8 million.

Other Colorado cities jumped on Board the breed ban express following Denver, including Aurora, Lone Tree, Louisville and Commerce City and they all still have bans on dogs profiled as pit bulls. Castle Rock repealed their ban in 2018. The Aurora City Council discussed breed restrictions in August, but tabled the issue. Hopefully, other cities will follow Denver. It’s abundantly clear, the public understands.