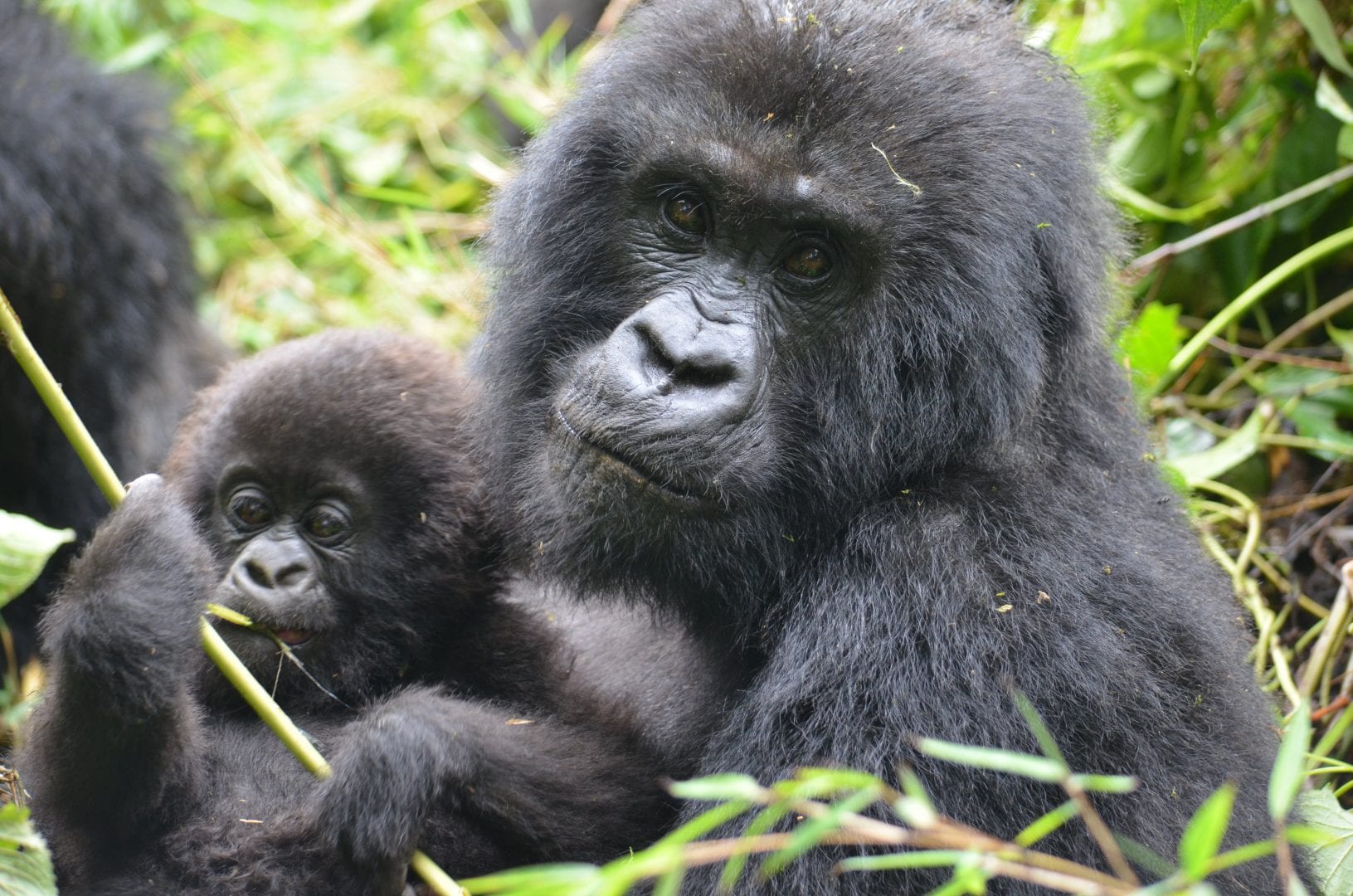 Gorillas in the Mist, a 1988 film starring Sigourney Weaver, was about the life of Dr. Dian Fossey. Today, 50 years after she began to study gorillas, her memory is being honored via continued conservation of her beloved great apes. Listen to this Steve Dale’s Other World WGNPlus podcast as I speak with Dr. Tara Stoinski, CEO/president and chief scientific officer of the Dian Fossey Gorilla Fund International. 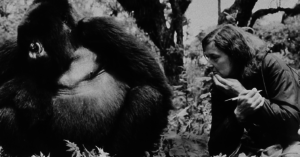 Dr. Dian Fossey helped to adjust the image of gorillas

Stoinksi talks about how people thought of gorillas as being terrorizing, like King Kong, until Fossey came along.

The only gorilla species, or for that matter great ape species (which includes chimps, bonobos, and orangutans), to increase in numbers in recent years is the mountain gorilla, and that is mostly because of ecotourism.

During the podcast, we talk about the life-changing experience it was for Dian Fossey to do what she did, which anyone who wants to go to Rwanda and hike into the Virunga Mountains can now do. There, you’ll be in the midst of the gorilla group. These gorillas are habituated to people. In fact, these are descendants of the same gorillas Fossey herself helped to habituate. 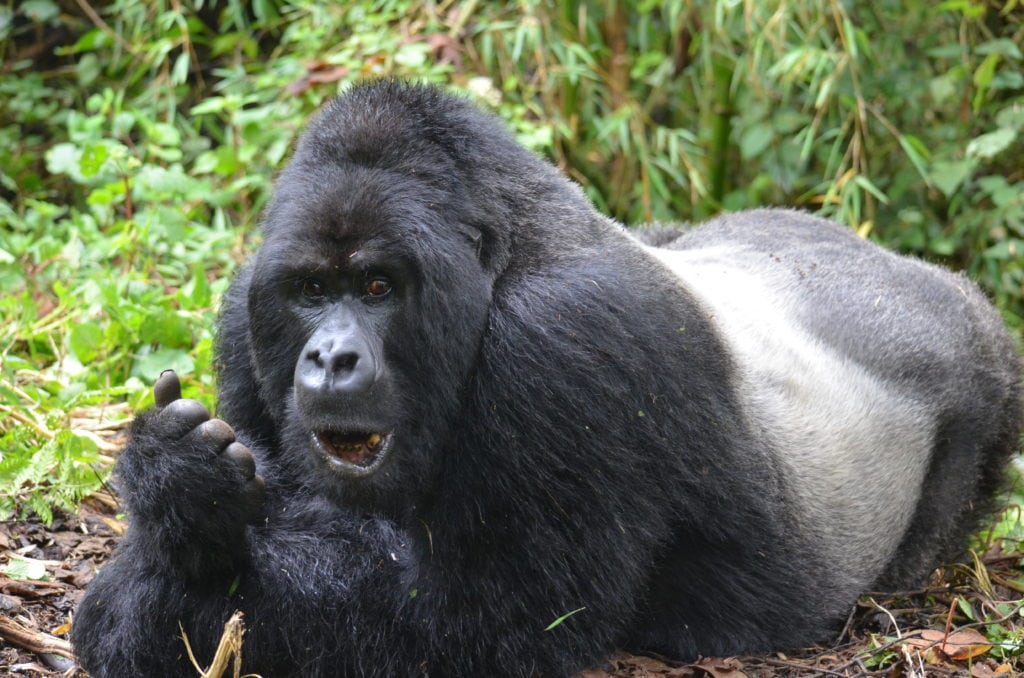 This huge silverback mountain gorilla may need a dental exam. This image was taken without a zoom – that’s how close we were

I talk about what it was like for us to join Ecotours (one of the few groups offering tours to see the mountain gorillas), and relate a close encounter my wife had with the gorillas. 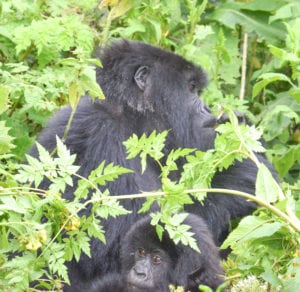 We discuss the role of veterinarians that serve among Gorilla Doctors, which Stoinski says play a “critical role” in the protection of mountain gorillas. But without the Dian Fossey Gorilla Fund International, the doctors wouldn’t be notified that a gorilla was ill or injured in the first place. Now, there are nearly 500 mountain gorillas, a species which most thought would be extinct by the year 2000. 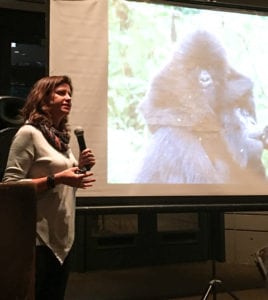 Stoinski spoke on October 5, 2017, about what she does at the Lincoln Park Zoo in a sold-out event. She talked about the numbers of various species of gorillas, including the scary decline of a species called Grauer’s Gorilla. Also speaking was Dave Morgan, research fellow and co-director of Lincoln Park Zoo’s Goualougo Triangle Ape Project.

Interestingly, Stoinski noted that gorilla culture has changed over the decades since Fossey. 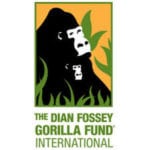 How can you help any of the great apes? If you can spend the money and take the time to go see mountain gorillas in person through Ecotours (or, Stoinski is leading a trip herself in 2018), that’s a direct way to help and also experience a once-in-a-lifetime event. Also, tell your congressional representative (especially these days) that conservation is important to you. And if you aren’t able to personally visit gorillas where they live, it’s a lot less expensive (it’s free at the Lincoln Park Zoo) to see them in person. You can also contribute to the Dian Fossey Gorilla Fund and sign up for daily gorilla updates. It’s wild! Let’s keep it wild.