No one knows how many dog bites there are a year. Some suggest that number is rising, even calling the situation an epidemic. The American Veterinary Medical Association and U.S. Postal Service with State Farm Insurance are together partnering to support Dog Bite Prevention Week, April 7 to 13.

Numbers vary on just how many dog bites there are. According to the Centers for Disease Control (CDC), 4.5 million people are bitten by dogs each year in the United States, and more than 800,000 receive medical attention for dog bites. Most bites happen to children, and from dogs the family knows, mostly their own dog.

What’s most important is that the vast majority of dog bites are preventable.

According to and the American Pet Products Association 2017-2018 National Pet Owners Survey, there are nearly 90 million dogs in the U.S. Considering how many dogs there are, is there really an epidemic of dog bites? 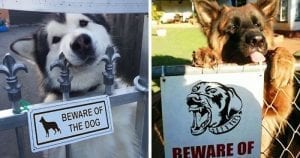 The Association for Safe International Road Travel notes that in the U.S., 2.35 million people are injured annually due to auto accidents, with another 37,000 who don’t survive.

Tragically, around 16 to 30 people die annually due to dog attacks, according to the CDC. Compare that number with the nearly 40,000 killed last year via gun violence. People are more dangerous to people than dogs are to people. The CDC notes that human caretakers are a far greater threat to children than the family dog. In fact, 100 times more dangerous. According to the U.S. Census for Fatal Occupational Injuries, you are more likely to be killed by a fork lift truck than a dog.

IT IS ALL ABOUT DOG BITE PREVENTION

Still no one wants to see any dog bite happen. When they occur within families the human-animal bond is often fractured, and the dog is relinquished to a shelter. In many places, when receiving a “known biter” on intake, the dog is automatically euthanized – no matter what the circumstance of the bite was. 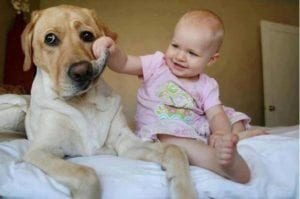 Most bites that occur from dogs acting aggressively are dogs that are, in fact, fearful. Understanding what your dog or even a dog you’ve not met before is saying – might be one way to avoid a bite But even better, to diminish that fear in the first place, so the dog isn’t so afraid, which is what the Fear Free initiative is all about.

The most important point is prevention. Most dog bites (or bites from other pets for that matter) can often be prevented. Here are some tips:

BREEDS THAT BITE THE MOST 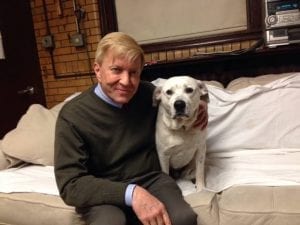 For some reason people yearn to know which dog breeds bite the most often.  Some insurance companies track this and create what are arguably unfair breed specific polices based on flawed data. The CDC, American Veterinary Medical Association, and national humane organizations are among those who suggest it’s a challenge thing to trek because so often breeds are misreported.

Experts also agree that the breed of dog that attacks isn’t nearly as important as what prompted to bite in the first place.

Still, there are people and websites determined to especially castigate pit bull looking dogs in particular. Yes, it’s likely dogs that look like what we think of as pit bulls may bite a lot, solely because there are a lot of them. We also know that, in truth, the overwhelming majorly of dogs with the pit bull look, are actually only mixed bred dogs or mutts.

We know why serious dog bites occur, and the answer is not based on breed, or reported breed.

Here’s more info from the AVMA regarding dog bite prevention.