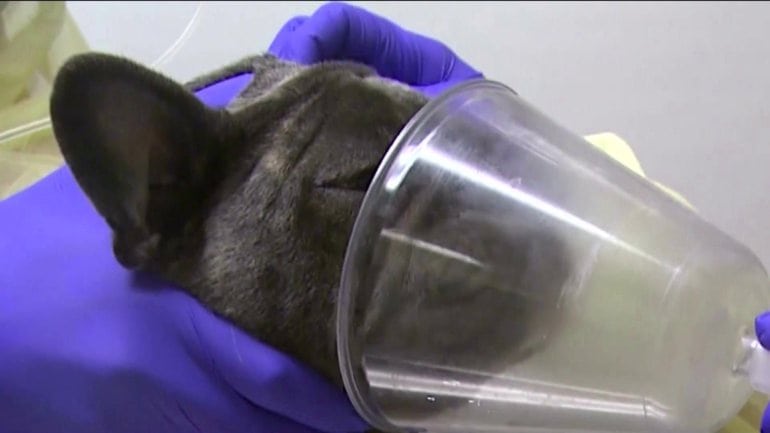 Dog flu doesn’t know state borders, and in 2017 most of the contiguous 48 states were affected by one or both strains—H3N8 and H3N2—of the potentially life-threatening virus.

And now, the canine influenza virus has made its way into Canada.

According to Worms and Germs, a highly rated blog by Dr. Scott Weese, the Windsor-Essex County Health Unit has reported that H3N2 canine influenza has been identified in two dogs in Essex County, Ontario. The dogs were reportedly imported from Asia (via the U.S.) in late December and were showing signs of respiratory disease the following day when they were examined by a veterinarian. A small number of dogs that had close contact with the affected dogs also have mild respiratory disease, but test results from those animals are not yet available.

Information about the dogs that the sick dogs had contact with, or if any other dogs may have been exposed, is still unknown.

What is known is that all dogs in the U.S. exposed to the virus, except those who just had the dog flu and those who have been vaccinated, will get the bug. And, the same is true for Canada because the virus is novel; there’s about zero immunity.

While all of the unvaccinated dogs exposed to it will get the virus, around 80 percent actually get sick. So, 20 percent get the virus but never develop symptoms. Unfortunately, however, those owners have no way of knowing that their dogs—who aren’t presenting with any symptoms—are highly contagious. The virus is then unknowingly spread to other unvaccinated dogs when those seemingly healthy dogs are taken to dog parks, doggy daycares, and boarding facilities.

The H3N2 strain of dog flu tends to be more severe in more dogs—even causing death in a small percentage—compared to the somewhat less potent H3N8 strain. Both strains, however, are more seriously sickening more dogs than kennel cough strains.

Like the human flu, unless a secondary infection occurs (and it sometimes does) antibiotics are useless. Supportive care, patience (there is often a deep pronounced cough that can keep the entire household awake), and time are the best treatments. Also similar to humans, most dogs recover from the flu. But, approximately three to five percent succumb to the virus, which seems insignificant unless your dog is one of the unlucky ones. Experts warn: Don’t depend on luck. Get your dog vaccinated against the canine influenza virus.

Officials in Canada and the U.S. should more carefully consider rules for rescuing dogs from Southeast Asia, which appears to be a “hot spot” for the virus.

Once the H3N2 strain was introduced in Chicago, there was a nearly immediate ensuing outbreak. Now that more is known about the dog flu, and a vaccine that covers both strains is available, the hope is that history will not repeat itself.