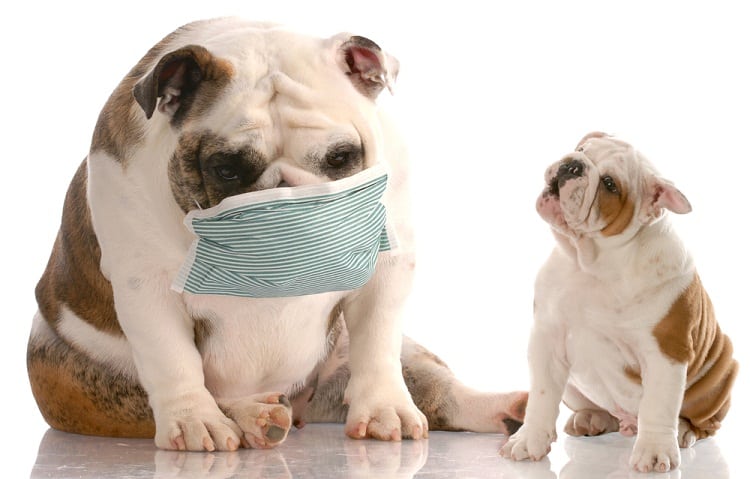 While the Boston Red Sox are in first place, dog flu has officially slipped into score a first hit in Boston. As far as can be determined, there’s been only one confirmed case. However, no one knows how many dogs have truly been sickened, certainly that number is more than one.

There is no CDC for pets, so veterinarians have no one single place to report. Diagnostic labs, like IDEXX, are tracking dog flu based on samples they they receive, but can’t track what isn’t sent into them. And clients understandably don’t always want to pay for the sample to be sent to the diagnostic labs. Veterinarians don’t push the issue, they simply treat what they suspect. However, there are a couple of downsides to this. One issue is that veterinarians can’t know for sure what they’re treating, and sometimes dogs are co-infected with more than one respiratory virus. For example the para influenza virus will sometimes occur with dog flu (canine influenza virus). Also, for the benefit of community health, it would be ideal to know exactly what viruses are where. 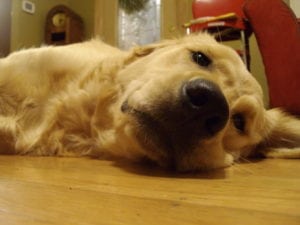 The MSPCA’s Angell Animal Medical Center announced they  treated a 4-month-old poodle for the virus. The pup was brought in on Aug. 12 with a hacking cough and a fever, and the medical center said the animal hadn’t traveled to any of the states with known dog flu, such as New York, Connecticut, Pennsylvania, Michigan, Wisconsin, and California — that have recently experienced an outbreak of canine flu.

There are two strains of dog flu in the U.S. By far, the most prominent over the past few years is H3N2.

SOCIAL DOGS ARE MOST PRONE

Boston is a high density and dog-friendly city with many dog day cares and boarding facilities. Boston is a really walkable city, and often people take their best pal with four legs. So, dogs meet dogs on the street all the time. The problem with H3N2 is that any dog exposed will get the virus, unless that dog has been vaccinated. This is because there’s no immunity to the virus, which is still considered novel in the U.S..

Confusing matters, around a quarter of the dogs exposed that get the virus feel fine but are still contagious. It’s wonderful for those individuals that  feel great, but not so wonderful for the community – as these dogs are just as contagious as dog exhibiting symptoms, unless they have been vaccinated.

Vaccination not only protects individuals, the vaccine also slows the spread of flu in the community. The only way to prevent the flu (aside from never allowing your dog to associate with other dogs or to go where another dog has been) is to protect your dog with the vaccine. An initial shot is followed three weeks later by a booster.

Symptoms of dog flu are somewhat similar to human flu, and may include a persistent cough, runny nose, fever, lethargy and lack of appetite. This is a respiratory virus, so stomach upset is rare, and likely there’s another explanation if that occurs.

The only way to prevent the flu (aside from never associating with other dogs) is the vaccine. An initial shot is followed three weeks later by a booster.

In July, there were confirmed positive dog flu cases in New York City (36) , Michigan (77), Connecticut (12) , and Pennsylvania (2). However, again, it’s important to understand that several times the numbers actually confirmed by lab tests have been sickened.