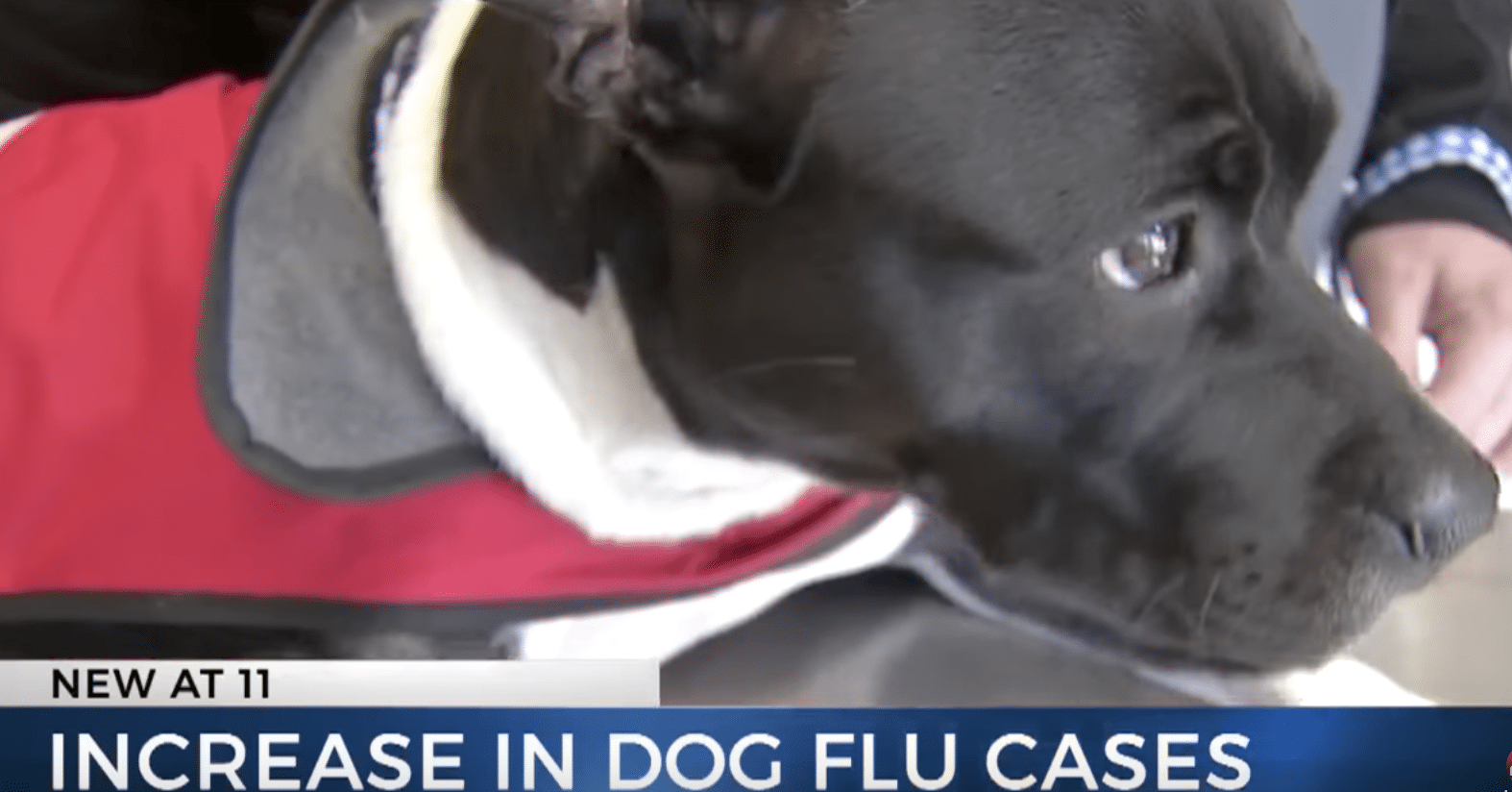 According to one Ohio TV report out of Columbus, the secret to avoiding dog flu is to stay away from dog parks. But, NO! That’s not really true. The secret to avoiding the flu is to vaccinate your dog. Of course, it is true that the flu is spread in dogs just as it is in people—through contact with others at places like dog parks, boarding and grooming facilities, dog training classes, and even walking down the street and sniffing another pup.

Local media are reporting the situation in both the greater Columbus and Toledo areas as “outbreaks.”

Geanna Beck, hospital director at MedVet Toledo, reported seeing around five cases a day. The clinic has treated at least 50 dogs thus far with the numbers continuing to climb.

It should be noted that canine influenza strains (there are two known strains) can be identified with testing. Most clients decline testing because of cost and time. Obviously their beloved dog isn’t feeling well, and the dog requires treatment. Symptoms are upper respiratory, and appear to be flu, and treatment would be the same, or near the same, even if it turns out not to be flu. So, the vast majority of dogs are never tested, which means that official reports of sickened dogs with flu are always far under what the number actually is.

According to the Columbus Dispatch, flu cases have been confirmed within the past two weeks at Camp Bow Wow in Grandview Heights, PetSmart at Easton Market, and Willow Wood Pet Resort and Training Center in New Albany.

In a statement, Camp Bow Wow Columbus Grandview Heights said, “Camp Bow Wow Columbus Grandview Heights has taken all precautionary measures to ensure the health and safety of its campers. Upon learning of the canine influenza cases in the area, we made the decision to temporarily close our facility and are working alongside the local veterinary hospital to thoroughly sanitize and further safeguard the Camp. We plan to reopen for all customers by the end of the week.”

Once canine influenza has infected a boarding or daycare facility, it’s probably right to shut down. So, these facilities did what they should have done. But, had they mandated the canine influenza virus vaccine in the first place, odds are far less that the flu would have snuck in. And if it had, fewer dogs would be affected.

Dog flu is kind of tricky. Up to 25 percent of (unvaccinated dogs) can get the bug but never show signs yet are still contagious. And, even dogs who do ultimately get sick take a few days for the symptoms to occur. Vaccination, therefore, not only protects your pets, but it protects the community as well. Vaccination doesn’t offer much protection immediately—a booster is required about two weeks after the initial shot. That’s the problem with waiting too long: If you wait until flu is reported in your area, it could be too late to get fully protected.

Wherever Ohio dogs travel, the flu will follow and will likely infect unvaccinated dogs who are unlucky enough to be exposed. Reports now indicate that the flu has hit southern Michigan. Nearby Kentucky, Tennessee, and Indiana have already had their share of flu this year and now could see more of it. This particular strain is called H3N2, and it has hit more than half of U.S. states in 2017.