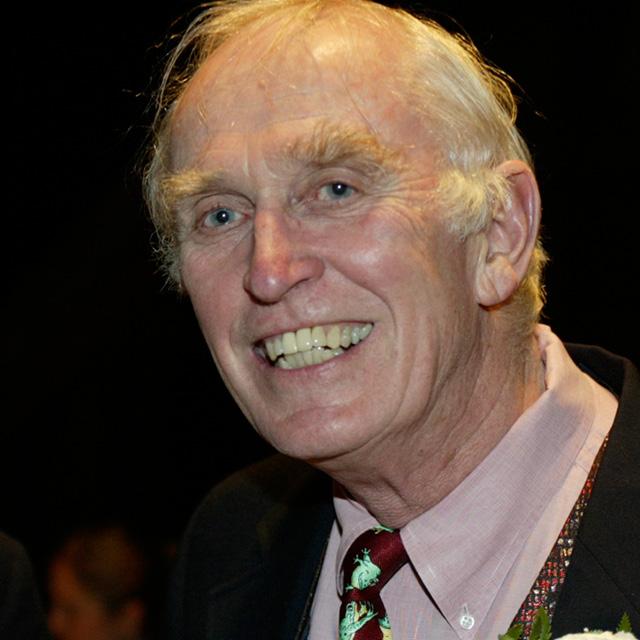 Raymond Coppinger, 80, professor emeritus of biology and author of various books on dogs passed away on Monday, August 14, His Ph.D. thesis in biology at the University of Massachusetts is on the effect of experience and novelty on avian feeding behavior. He joined the founding faculty at Hampshire College in 1969. He lectured around the world and organized research on animal behavior, especially the behavior of canines. 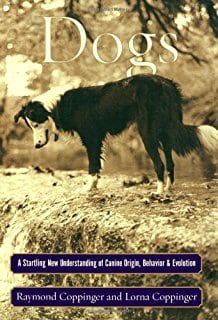 Coppinger’s first professional studies of dogs occurred on the runners of a dog sled. During a twelve-year mushing career, he progressed from a five-dog to a sixteen-dog team, won many races on the northeast (USA) circuits, and developed a new strain of fast, responsive sled dogs. Many of these went on to run in Alaskan championship races. His research projects with sled dogs include responses of racing dogs to the stress of heat retention, and the amounts of energy required to pull sled and driver.

In 1976, Ray and his wife Lorna founded the Livestock Guarding Dog Project at Hampshire College. This long-term investigation into the behavior of a new kind of dog for farmers and ranchers in the United States has resulted in greater understanding of early developmental behavior of dogs, and how early experience (or lack of it) can affect adult behavior.

For the past several years, Coppinger turned his attention to assistance dogs. His first-hand knowledge of harnesses for dogs, the mechanics and physiology of pulling, and the relationship between experience, training and behavior gave him a unique insight into the lives of the dogs which are being asked to enhance the lives of people with special needs. He’s also researched and has written about the origins of dogs as a species. 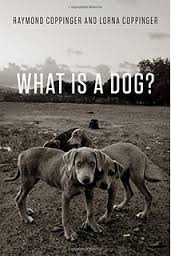 Coppinger published over fifty papers on his dog research. His favorite publication, however, is the book Fishing Dogs, a humorous and iconoclastic look at dogs, fishermen and professors.

I never truly knew Coppinger as a friend or in a personal way. I did have dinner with him once, as my good friend the late legendary veterinary behaviorist Dr. R.K. Anderson organized it all inviting Coppinger and several others. I also interviewed Coppinger maybe five or six times. This is from a USA Weekend piece back in 2005:

Raymond Coppinger (with his Lorna) studies the evolution of dogs, and authored “Dogs: A Startling New Understanding of Canine Origin, Behavior & Evolution.”

Coppinger agrees with recent evidence that dogs evolved from wolves (late to be shown a wolf species that went extinct a very long time ago). The theory posits that about 15,000 years ago, some clever wolves became adjusted to human settlements in way today’s city pigeons are. “And – who knows – they may have been considered pests before they were considered pets,” said Coppinger. “But eventually villagers appreciated the wolves’ ability to sound an alarm when danger approached, and instead of leaving the animals to search for scraps, they fed them.”

He continued, “The most outgoing and human-oriented animals began to breed at the edge of the villages – and so the process of wolves becoming dogs began. Flash forward to today, when mutts come in all sizes, shapes and colors. Some are clearly a mix of several distinct breeds, others look like generic dogs. Some mutts even look downright silly. What can you say about a dog that’s part Dachshund and part Dalmatian? At one time, mutts were considered inferior. The truth is that most dogs the world over are ‘pavement species,’ street dogs.” 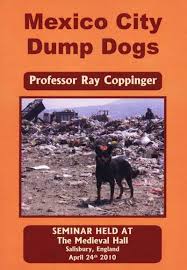 Coppinger has studied those street dogs, or community dogs as much as anyone, particularly their social interactions at garbage dumps.

Coppinger called his talk, “What Makes Dogs Tick: The Ethology of Dog Behavior.”  He began by explaining how changing the size of the dog changes behavior.  There’s no more variability in size of any single species on earth compared to the domestic dog. “So while dogs are dogs, the size of individual dogs or dogs of various breeds accounts – at least in great part – for their behavior,” he said. “In many ways small dogs respond very differently than very large dogs.”

Coppinger suggested that dogs act as they do because of hard-wired motor patterns which dogs are born with.  While he somewhat begrudgingly agreed dogs do think, and conceded that our best friends have emotions – at the same time he maintained that many of their responses are automatic. “They do it,” he said, “Even if they don’t know what they’re doing, or why.” Of course, not everyone in room completely agreed.

Coppinger also spoke about why dogs may fight over resources not only based on the resource quality itself, but also the scarcity of the resource. He pointed out that food and toys are hardly the only conceivable resources. One example was a hard to come by shady spot, a valued resource for street dogs feeding at a garbage dump in Mexico, that offered few places out of direct sun.

Many considered at least some of Coppinger’s notions “old school,”and he often had harsh words for rescuers and “crazy people who sleep with dogs in their beds,” but his contribution to the science and understanding of dogs is undeniable.

Here’s a radio interview I conducted with Coppinger, circa 2006 (raw audio)