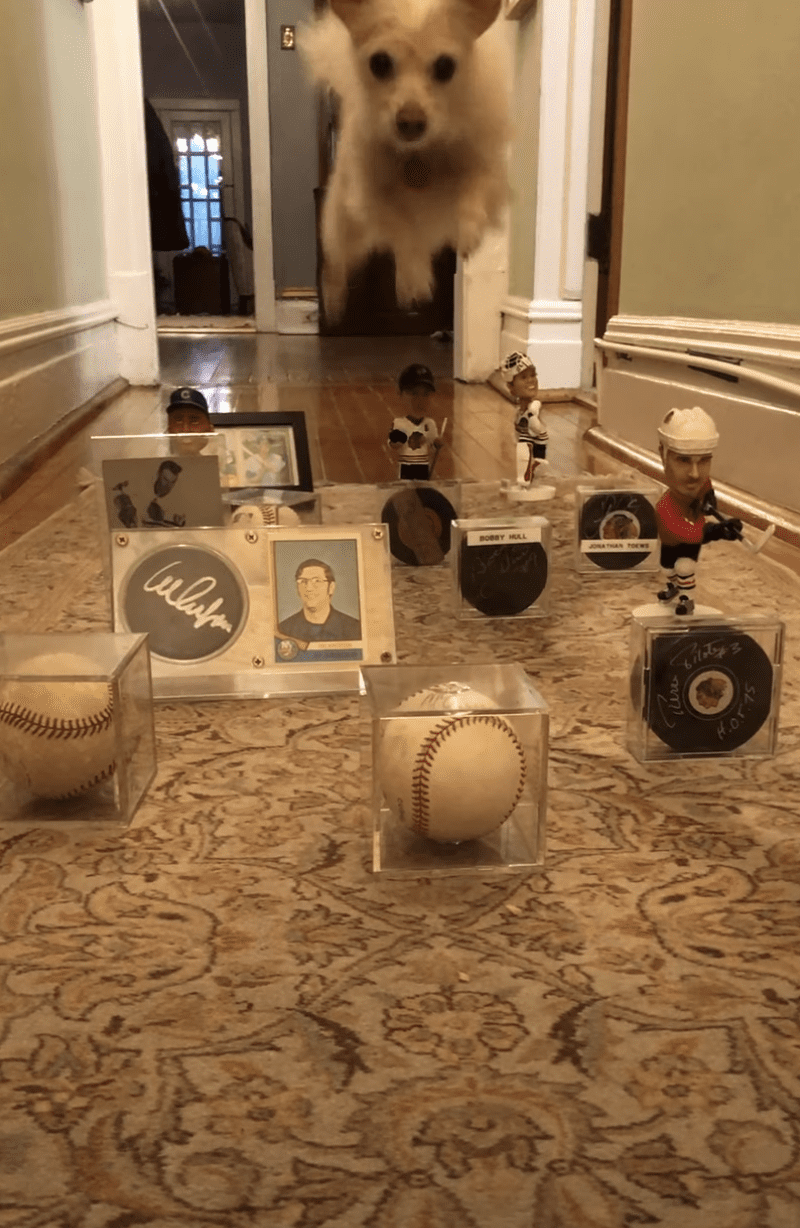 You try it too,  demonstrating the differences between how dogs and cats navigate.

Set up random obstacles in a narrow hallway and watch who does better at coming to you while knocking over the fewest obstacles – the dog or the cat. Who do you think generally wins the challenge?

I thought I would try it out with our 10-year old Chihuahua/Terrier mix, Hazel and 17-year old Devon Rex cat, Roxy.

At 17, Roxy’s racing is an arthritic version for sure. She’s generally never in a hurry these days. Hazel, the dog, was far more acrobatic than other dogs I’ve seen do this on YouTube.

Hard to tell here, but her flying leap to a spot without an obstacle was over 2 feet (like us leaping over 7-feet), and she like a ballerina. Most dogs aren’t so graceful; they simply barrel right through the obstacles. Still, I thought I would try it again – adding obstacles, especially near the wall at the periphery of the course. Here’s what Roxy did:


Roxy gingerly navigates the obstacles, clearly curious about them, definitely in no hurry – and unlike most cats, even nearly knocked one over.

Here’s Hazel on her second run:

Hazel broke her own speed record, managing in just under four seconds.