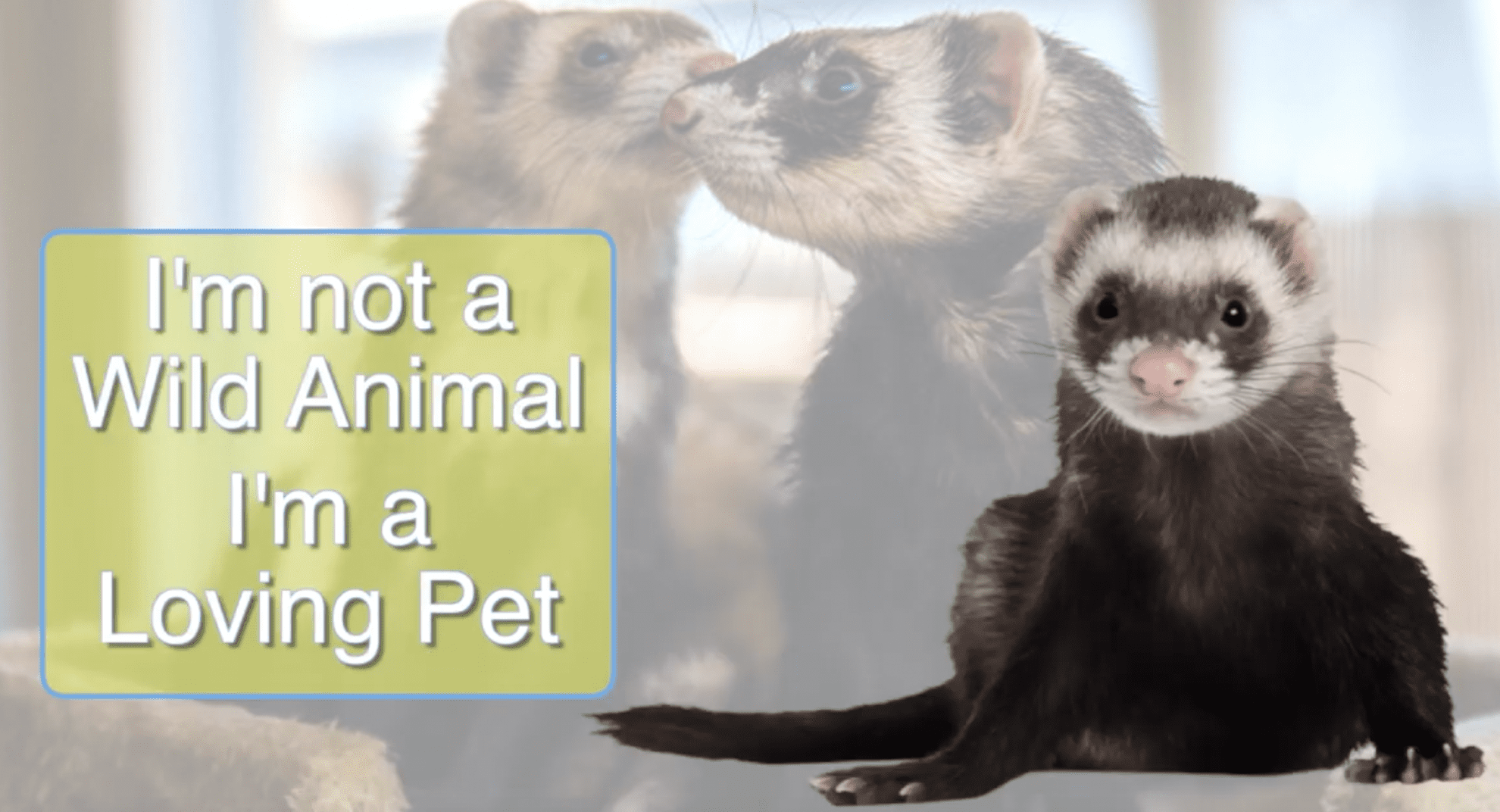 Ignorance is the only word I have to possibly describe the response of the California Fish and Game Commission earlier in October when Pat Wright, of legalizeferrets.com and longtime ferret advocate again asked the Commission to designate that domestic ferrets are indeed – as their names implies – domestic. He said, “We all know domestic ferrets aren’t wild animals.” But the commission insists they might well be wild animals. 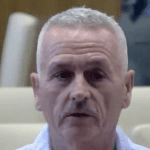 The goal is to legalize ferrets as pets in California. Crazy, in California, it is actually illegal to own a ferret. 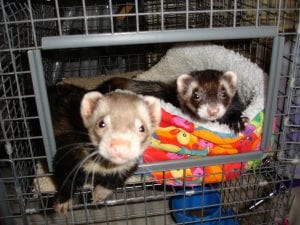 Here’s Wright’s testimony, Whether or not domestic ferrets are truly domestic frankly isn’t a matter of opinion. The evidence that domestic ferrets are indeed domestic is quite compelling based on science and history Unfortunately, Wright didn’t have the opportunity to offer the facts regarding how domestic ferrets came about or to offer scientific citations. There are actually nearly too many citations for me to indicate, but some I list at the bottom of this post.

We also know that ferrets were originally domesticated for hunting, or ferreting. The ferrets were trained mostly to find vermin and “ferret them out,” hence the expression. Sometimes they also assisted in hunting rabbit.

In any case, they were bred over for this work from wild European polecats. A wild polecat, incidentally, would make an awful pet. They’re actually vicious little carnivores. And if you suggest, well, then how do domestic ferrets make good pets? Well, domestic cats are pretty darn good pets. But you wouldn’t want a wild African Sand Cat, or any of the other wild species of small cats which domestic cats were developed from as a pet.

True enough cats have been domesticated far longer than ferrets, yet cats can survive on their own outdoors; ferrets would have a tough go of it. And even tougher in parts of California, due to climate. Domestic ferrets can’t survive extreme heat.

Ferrets on the Loose 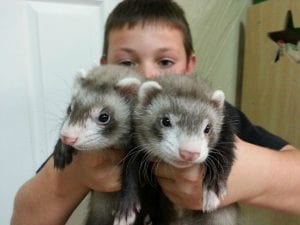 That brings me to some of the concerns people have about allowing the legalization of ferrets in California.

One big argument that if ferrets get outside, they will wreak havoc, even worse than feral or community cats. Farmers will lose their chickens to ferrets. Well, I’m unsure that most California farmers are even aware of the issue. In truth, most domestic ferrets might not even know what to do even if somehow they happened to stumble upon a chicken. Yes, their wild polecat and weasel hunters are effective and voracious predators. So are wolves, and they are relatives of the Bichon Frise or Toy Poodle. We haven’t banned Toy Poodles. And actually feral cats can kill chickens.

Also, there’s a concern that like cats, they will breed and add to their numbers outdoors. Well, in order to breed you need to survive. But moreover, about 99 percent of pet ferrets are spayed or neutered. So, it’s quite impossible to breed.

Outdoor domestic ferrets have not propagated or have been identified as a problem by local animal control in any of the 48 states were they are legal. Why would this only be an issue in California?

Some suggest that domestic ferrets, who weigh just under two pounds to just over four pounds, leave too great a carbon footprint. Really? If the people who suggest this drive to work – in one day they leave a greater carbon footprint than a ferret will in a lifetime.

If California Fish and Game Commission continues to insist domestic ferrets are wild, they ought to ban domestic cats – who arguably are more wild. (Of course, I don’t really suggest cats should be banned).

Want Proof: There’s Plenty of It 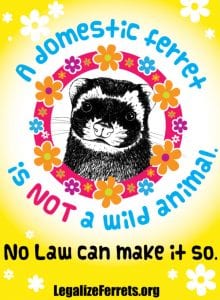 Well, here’s scientific evidence it’s not difficult to find and there’s more where this came from: