Dont Call Rudy Guiliani a Weasel: He Hates Them 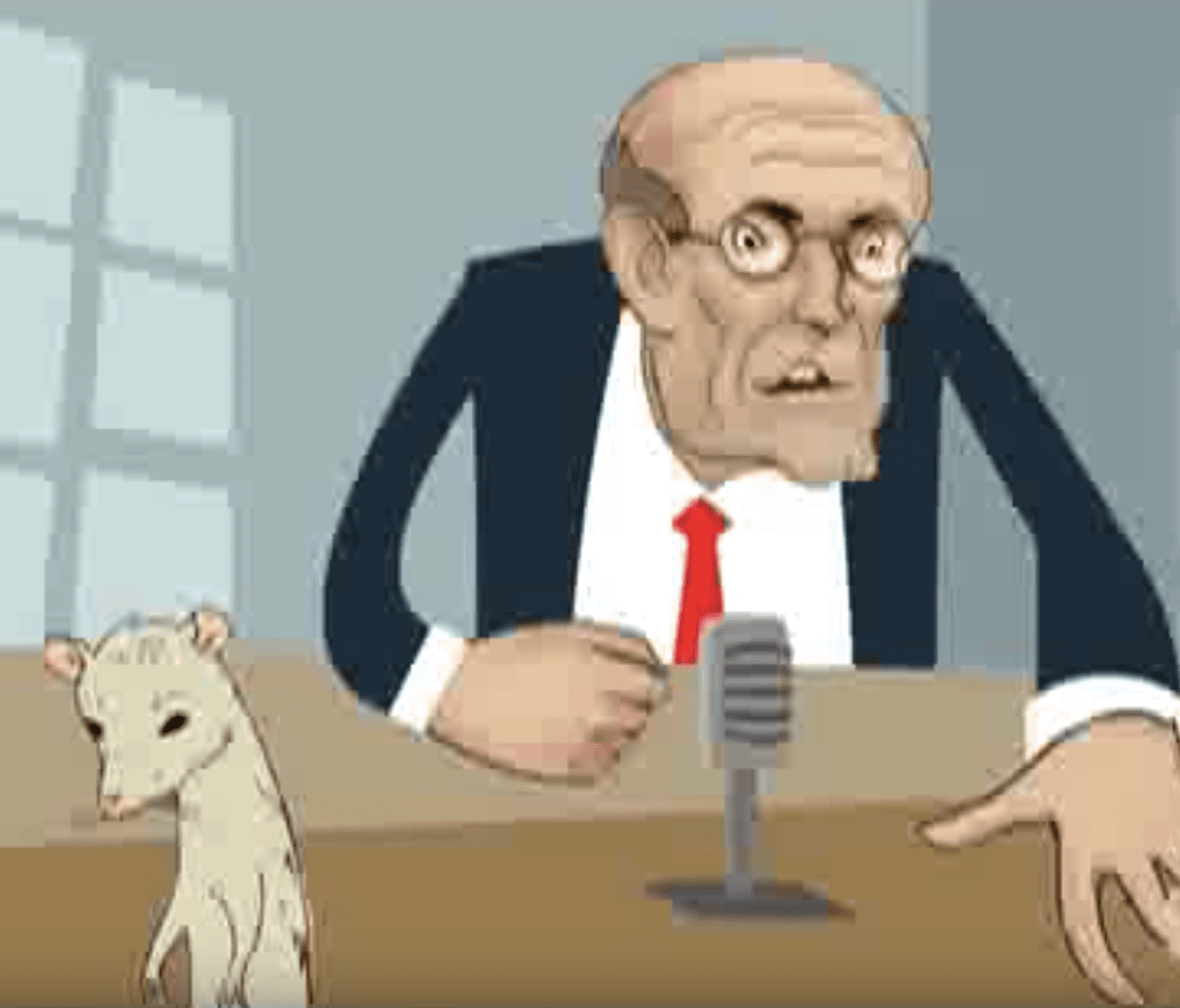 New York Mayor Rudy Giuliani has been in hot water among many pet lovers since he initiated the ban against domestic ferrets as pets in New York City in 1999. The former Mayor continues to be adamantly and almost bizarrely against ferrets,  He has periodically ranted about ferrets when the subject has come up over he years. He lashes out at people who like ferrets.  This is a cartoon portrayal but the audio is real for a bizarre radio appearance.

Giulliani had expressed concern that, “In New York City’s multiple dwelling residences, which are not natural habitats of ferrets, a ferret could crawl through holes in walls or travel through risers or ducts to other apartments, with potentially tragic consequences for the neighbor of a ferret owner.” Domestic ferrets are legal in cities including Chicago, Houston, Atlanta….in fact, in all major U. S. cities except those in California and Hawaii, where they are banned state-wide. And there isn’t a single confirmed report of an escape ferret slinking its way through ductwork and attacking people. I’m not even sure that happens in the movies – but certainly not in real life.

One valid point made by a fan on my Facebook page is that most domestic ferrets sold in the pet trade are mass produced at a place called Marshall Farms. Unsure of welfare of  raising warehoused ferrets  and most certainly veterinarians agree that limited genetic diversity has impacted their susceptibility to disease and shortened lifespans. And while I certainly don’t support ferrets being brought up in this manner, I don’t believe an outright ban based on myth and misinformation is beneficial or fair. Ferrets’ curiosity and insatiable love to play make them fun to be around and elicit laughter by watching their antics.  Absolutely, these smelly little weasels aren’t for everyone , but why shouldn’t people who enjoy them be allowed to have them. And incidentally, domestic ferrets are domestic.