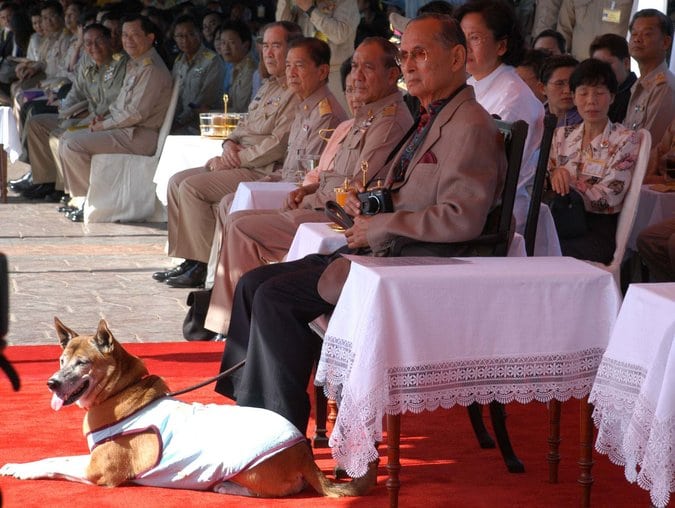 Don’t know how I missed this story, which broke about a year ago.

Thailand has strict laws making it an actual crime to insult the monarchy. In December 2015, a factory worker was charged with disparaging the king’s dog.

In a case brought in a Thai military court, the worker, Thanakorn Siripaiboon, was charged with making a “sarcastic” internet post related to the king’s pet. He also faces separate charges of sedition and insulting the king, though the king passed away late last year.

Siripaiboon could still face a total of 37 years in prison for his social media posts.

The precise insult toward the royal dog was not divulged by the military, according to the suspect’s lawyer. However, sources suggest he called the dog “ugly.” The dog was rescued from the streets in 2002 and is now literally living a royal life.

The royal dog in question is Tongdaeng (AKA Copper), who is widely loved in Thailand, as was the 88-year-old King Bhumibol Adulyadej at the time of the insult.