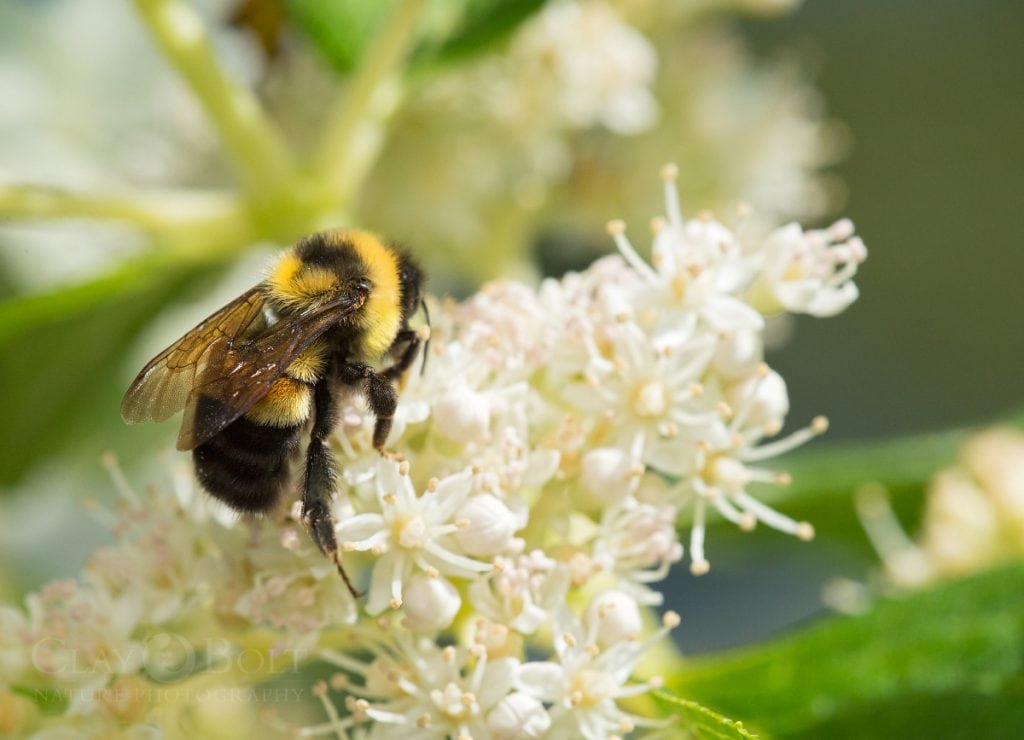 Next time you’re at a picnic and you kill a be – it might just be a Federal offense.

The U.S. Fish and Wildlife Service has designated the rusty patched bumblebee an endangered species — the first such designation for a bumblebee and for a bee species in the continental U.S.

The protected status, which went into effect on February 10, 2017 includes requirements for federal protections and the development of a recovery plan. It also means that states with habitats for this species are eligible for federal funds.

“We are very pleased to see one of North America’s most endangered species receive the protection it needs,” said Sarina Jepsen, director of endangered species at the Xerces Society, which advocates for invertebrates. “Now that the Fish and Wildlife Service has listed the rusty patched bumble bee as endangered, it stands a chance of surviving the many threats it faces—from the use of neonicotinoid pesticides to diseases.”

These bumble bees,Bombus affinis, were once common throughout much of the United States, The bees have suffered a dramatic decline in the last two decades due to habitat loss and pesticides.

Indeed, the bee was found in 31 states and Canadian provinces before the mid- to late-1990s, according to the final rule published in the Federal Register. But since 2000, it has been reported in only 13 states and Ontario, Canada. It has seen an 88 percent decline in the number of populations and an 87 percent loss in the amount of territory it inhabits.

This means the species is actually vulnerable to extinction, even without further habitat loss or insecticide exposure. Canada designated the species as endangered back in 2012.

The bees live in large colonies that can be made up of 1,000 individual workers. All types of the species have black heads, the workers and males have a rusty reddish patch centrally located on the abdomen.

Last October, the Fish and Wildlife Service gave endangered status to seven species of yellow-faced bees native to Hawaii, the first time any U.S. bees received this kind of protection.

A recent major global assessment sponsored by the U.N. suggested that about 40 percent of invertebrate pollinator species are facing extinction. Since some 75 percent of food crops rely at least partially on pollinators, this news raises serious concerns about the future of the global food supply.